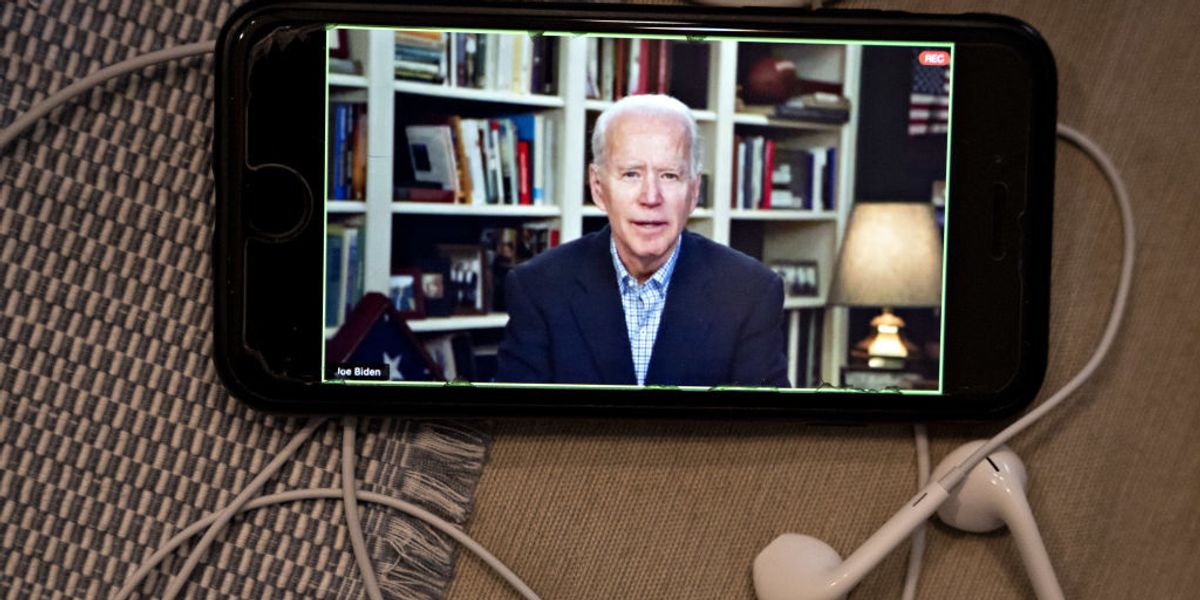 Although Biden maintains a solid lead over Vermont Sen. Bernie Sanders for the Democratic nomination, he finds himself in a statistical tie with the president in a head-to-head matchup, only slightly ahead by two points (49-47%) among registered voters. The pollsters noted that Biden’s standing has deteriorated since their last survey in February which found him with a more comfortable 7-point (52-45%) over Trump.

Meanwhile, among Democratic primary voters who support Sanders for the nomination, 15% said they’d back Trump over Biden in November.

A major red flag for the Democrats is that the ABC News/Washington Post survey found Trump’s supporters far more energized than Biden’s backers. While 53% of Trump voters described themselves as “very enthusiastic” about supporting him, only 24% of Biden’s backers said the same. Trump also leads Biden on key issues.

Despite the economic standstill resulting from the coronavirus pandemic, 57% of voters approve of Trump’s handling of the economy, the highest ever in ABC/Post surveys. Biden also trails Trump, 42-50%, when it comes to who voters trust to manage the nation’s economy.

Meanwhile, Trump and Biden are about even (45-43%) in terms of who voters trust to handle the coronavirus outbreak.

Biden is even trailing Clinton, on par with other losing presidential candidates

Another ominous sign for Democrats is that the poll suggests Biden may be a weaker general election candidate than Hillary Clinton was in 2016.

For instance, on the question of voter enthusiasm, the ABC/Post surveys taken September-October 2016 found that, on average, 46% of Clinton’s supporters described themselves as “very enthusiastic” about her candidacy, nearly twice the percentage of Biden’s backers who said the same. In races that are decided by the slimmest of margins, voter enthusiasm is considered a key indicator of which candidate’s supporters are likeliest to show up to the polls.

As the poll’s analysis shows, the lack of enthusiasm surrounding Biden’s candidacy is on par with that of other recent losing presidential campaigns. “As few as 17% of former Republican presidential nominee and Arizona Sen. John McCain’s supporters were very enthusiastic about his candidacy in 2008, and former Massachusetts Gov. Mitt Romney saw 23% in 2012,” Sofi Sinozich wrotefor ABC.

“Indeed, strong enthusiasm for Biden among his supporters – at just 24% – is the lowest on record for a Democratic presidential candidate in 20 years of ABC/Post polls,” she added.

Methodology: The ABC News/Washington Post poll was conducted March 22-25, 2020 among a random national sample of 1,003 adults with a partisan composition of 30-24-37%, Democrats-Republicans-independents. Results have a margin of error of 3.5 points.