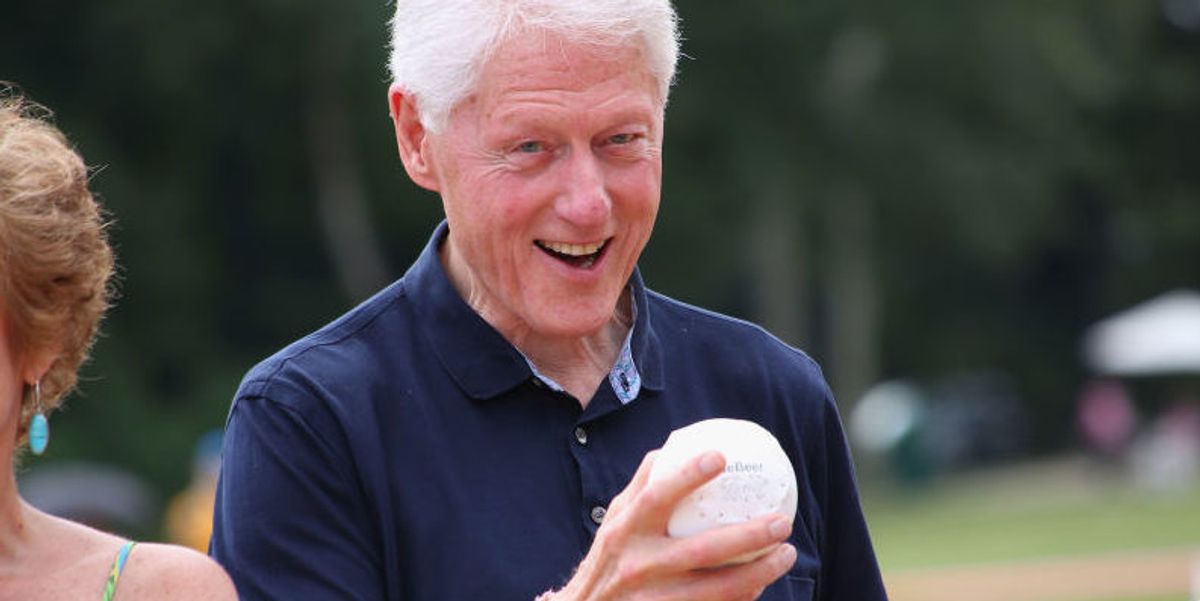 When some people experience anxiety, they go for a walk or mediate. Others binge on their favorite comfort food. But former President Bill Clinton has his own coping mechanism: Having sex with interns.

According to the UK’s Daily Mail, the country’s 43rd president described his sexual affair with Monica Lewinsky as one of the “things I did to manage my anxieties.”

In what the British newspaper describes as an “explosive documentary” seen by DailyMailTV, the former president suggested that his romantic relationship with Lewinsky helped him deal with his own problems.

‘Something that will take your mind off it for a while’

“Bill reveals that at the time he met Lewinsky the pressure of the job made him feel like a boxer who had done 30 rounds and he looked at Lewinsky as ‘something that will take your mind off it for a while,'” reported the Daily Mail.

Clinton is said to have made the statement in a candid interview included in a Hulu documentary about his wife, former Secretary of State Hillary Clinton, called “Hillary.”

While Clinton does not appear to share the other issues he was facing that led him to resort to the affair with Lewinsky, he clarified that they do not excuse his conduct.

“It’s not a defense, it’s an explanation. I feel awful,” he said in the Hulu documentary, the Daily Mail reported.

Clinton even offered Lewinsky, who has said her relationship with the former president ruined her reputation, an apology. The Daily Mail reported the former president feels “terrible” that Lewinsky, who was 22 years old at the time, is permanently associated with their fling which is said to have begun in November 1995 and lasted through March 1997.

However, according to the Daily Mail, Clinton suggested Lewinsky should just move on with her life. When things do not return back to “normal,” you have “got to decide how to define normal,” he is reported to have said.

‘I feel terrible about it’

Although Clinton originally denied the affair with Lewinsky, both publicly and privately, he explained in the documentary how he eventually admitted it to his wife.

“I went and sat on the bed and talked to her. I told her exactly what happened, when it happened. I said I feel terrible about it. We’ve been through quite a bit in the last few years. I said I have no defense, it’s inexcusable what I did.”

Hillary said she felt “devastated” by what had occurred. “I could not believe it. I was so personally just hurt and I can’t believe this, I can’t believe you lied,” she said, in the documentary.