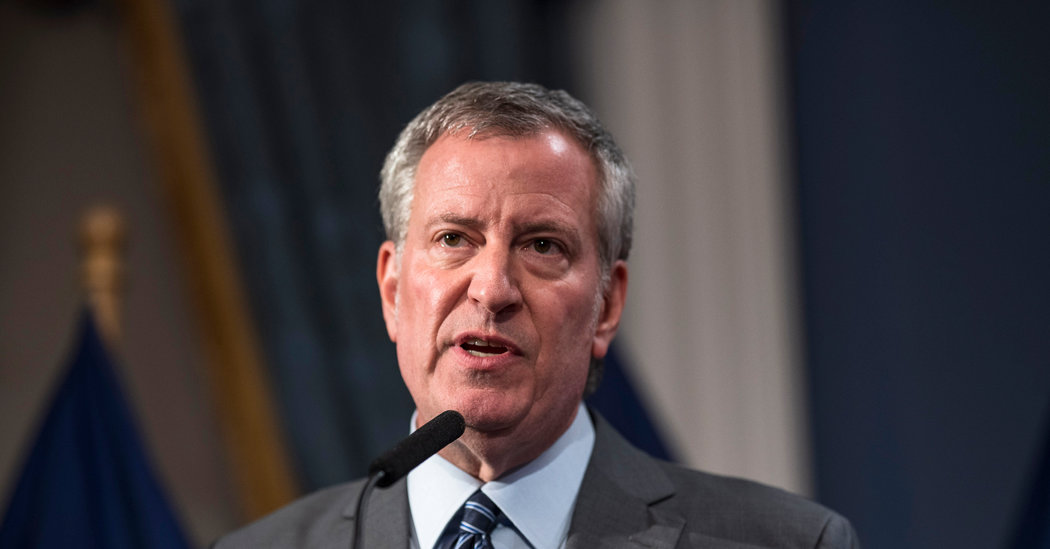 Mayor Bill de Blasio of New York, whose brief presidential campaign failed to get off the ground last year, endorsed Senator Bernie Sanders of Vermont for the Democratic nomination on Friday.

In a statement released by the Sanders campaign, Mr. de Blasio said he was supporting Mr. Sanders because he “stands with working families” and was the right candidate to take on President Trump.

“I have called for a bold, progressive agenda, and that’s exactly what Senator Sanders has championed for decades,” Mr. de Blasio said.

His choice is a reversal from four years ago, when he endorsed Hillary Clinton over Mr. Sanders, but it is not entirely unexpected. He said last summer that in retrospect, he believed Mr. Sanders would have won the 2016 election if nominated.

It is also notable that Mr. de Blasio chose to make the endorsement only now, after Mr. Sanders’s victory in New Hampshire and strong performance in Iowa have made him a clear front-runner for the nomination.

Mr. de Blasio was expected to travel with Mr. Sanders on Sunday and Monday in Nevada, where they will appear together at canvassing events ahead of the caucuses there on Feb. 22.

Mr. de Blasio and Mr. Sanders have spoken several times since the mayor ended his presidential campaign in September. The mayor also spent time at Mr. Sanders’s vacation home in Vermont in 2018. And Mr. Sanders swore Mr. de Blasio in at the inauguration for his second term as mayor.

Though Mr. de Blasio ran for mayor — and, later, president — on an unapologetically progressive platform, he has generally not endorsed progressive insurgents. He did not endorse Zephyr Teachout in 2014 or Cynthia Nixon in 2018 when they challenged Gov. Andrew M. Cuomo from the left. Nor did he endorse Tiffany Cabán in the Queens district attorney’s race last year, as Mr. Sanders and Senator Elizabeth Warren of Massachusetts both did.

Mr. de Blasio was in the presidential race for only four months last year and never exceeded 1 percent in a debate-qualifying poll; even voters in New York did not support him. But in something of a twist, his predecessor as mayor, Michael R. Bloomberg, has reached double digits in recent national polls with a veritable tsunami of spending from his personal fortune.