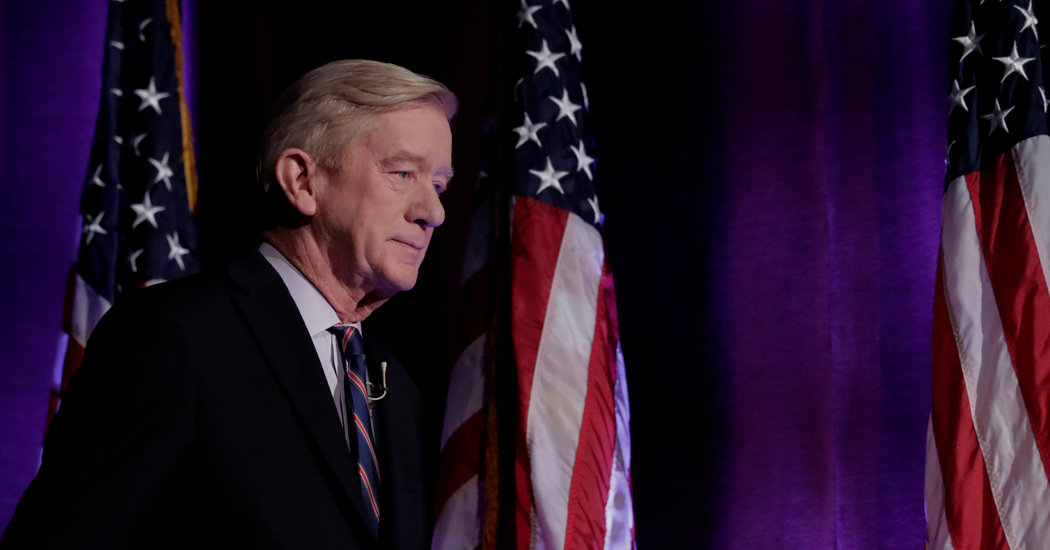 “The reason that people all over the world look to the United States for leadership, as they do, is our dedication to the rule of law under our Constitution,” Mr. Weld said in a statement announcing the suspension of his campaign. He did not address Mr. Trump by name, but he added that if a president does not observe the rule of law, “we will truly have lost our compass.”

Mr. Weld’s announcement came in the midst of the coronavirus pandemic, and aides said he planned to make no appearances or conduct any interviews because he did not want to distract from coverage of the crisis.

Brad Parscale, the president’s campaign manager, on Tuesday night credited Mr. Trump’s victory in the primary to “his response to the coronavirus and a “broad and strong economy,” even as markets plunged and a global recession appeared inevitable.

Mr. Weld, whose long-shot campaign had been based on appealing to moderate voters in New Hampshire who might support a libertarian in favor of abortion rights and legalized marijuana, held out even after attracting just 9.1 percent of the vote in that state, under the double-digit threshold to win any delegates. His decision to stay in the race was more about providing voters who dislike Mr. Trump with a place to cast a protest vote, rather than harboring any realistic hope of wrestling the nomination from the president.

Mr. Weld was the first Republican to announce a challenge to Mr. Trump, in February 2019, and the last to drop out. The field of contenders at one point included former Gov. Mark Sanford of South Carolina and former Representative Joe Walsh of Illinois.

“I applaud Bill Weld for doing this for the right reasons in the first place and hanging in there as long as he could,” said Sarah Longwell, a Republican strategist who has been working to oppose Mr. Trump from within the party. “It was important that somebody stood up and made the case against Trump.”

Lucy Caldwell, who served as an adviser to Mr. Walsh, said, “There’s no doubt in my mind that Bill Weld, Joe Walsh and Mark Sanford will be remembered as having been on the right side of history when so few Republicans were.”

Intraparty challenges against an incumbent president always face long odds. But the collective failure to launch by any Republican candidate underscored Mr. Trump’s grip on the party, with his approval rating among Republicans remaining in the high 80s.

Mr. Trump’s re-election campaign consistently dismissed all three candidates as unserious, even as it meticulously worked with state parties behind the scenes to shut down primaries and deprive any other candidate of oxygen. When Mr. Trump did acknowledge them on Twitter, he referred to them disparagingly as “the Three Stooges.”

The small “Never Trump” movement of Republicans, meanwhile, has recently been more focused on supporting the Democratic candidacy of former Vice President Joseph R. Biden Jr., and getting center-right voters registered in the Democratic primary election.

The silence of the progressive chair: Jayapal mum on Biden/Pelosi plan to impose terms on union workers

The Painter Lari Pittman Reflects on His Art

The silence of the progressive chair: Jayapal mum on Biden/Pelosi plan to impose terms...

Commentary Mark Steyn - November 30, 2022
0
It was SteynOnline's twentieth birthday yesterday, and we're marking the occasion by getting back in the cruise biz. Steyn Show favourites from around the world will be joining the 2023 Mark Steyn Cruise - among them Eva Vlaardingerbroek, Leilani ...
MORE STORIES

The silence of the progressive chair: Jayapal mum on Biden/Pelosi plan...