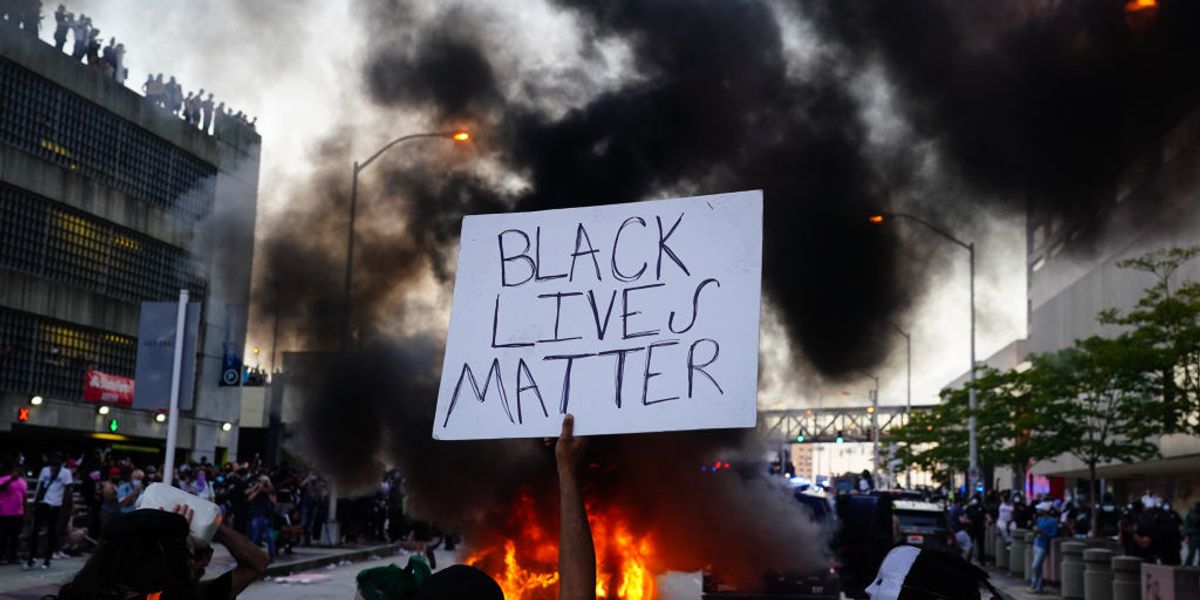 Shocking video shows Black Lives Matter protesters walking through a Seattle neighborhood this week demanding that white residents “give up” their homes.

The video shows demonstrators shouting “Black Lives Matter” as they march through a historically black neighborhood they claim has been gentrified by white residents.

“Do you know that before your white a** came here this was all black people?” a man in the video said, screaming at residents in the neighborhood. “Do you know people like you came in here and basically bought all the land from the black people for less than what it was worth, kicked them out so you could live here?”

“Do you know that? Cause if you don’t, now you f**king do. Now do something about it!” the man continued.

Seattle BLM protesters march through residential neighborhoods and demand white people give up their homes. “Give… https://t.co/zD3RdFkWvw

A woman with a megaphone is later heard telling residents to “open your wallet.”

But, according to the Seattle Times, gentrification — the process of changing neighborhood demographics by moving in affluent residents and businesses — “may do more good than harm.”

That runs counter to the common perception of gentrification, a trend seen in many American cities in recent years. As young professionals, empty-nesters and other more affluent people rediscovered the appeal of city living, they’ve moved into the urban core. That new wealth rapidly changes city neighborhoods, many of which had suffered from decades of blight and population loss.

But there’s a detrimental side to gentrification. As property values and rents rise, original residents — poorer and often people of color — can be pushed out of the neighborhood.

As the New York Post reported, another clip of Black Lives Matter protesters in Seattle from Wednesday showed the demonstrators telling white residents to “get the f**k out.”