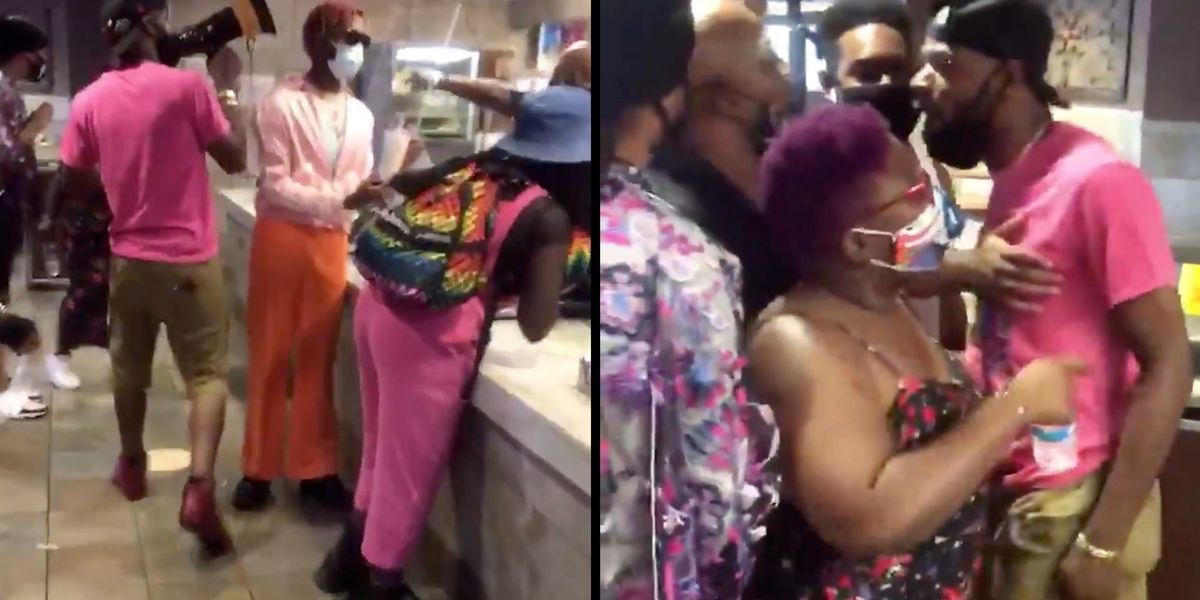 Black Lives Matter protesters harassed and assaulted a McDonald’s restaurant manager and another employee in a video captured during the protests in Pittsburgh, Pennsylvania.

The video from Saturday shows a man with a bullhorn harassing the manager with many others chanting with him. The manager appears frustrated and tries to get them to leave, but they continue to pester him. At one point the man with the bullhorn challenges the manager to a fight.

The video was circulated on social media by a Twitter user who tried to frame the heated incident as the fault of the manager.

The manager(Ed) @ this McD’s was upset that the protest was in front of the store. The crowd agreed to go in and gi… https://t.co/T5ncNyrmdI

“The manager(Ed) @ this McD’s was upset that the protest was in front of the store. The crowd agreed to go in and give them a few hundred dollars worth of food orders. As they were giving the food to the protestors, the manager; started to get nasty with them,” he tweeted.

But the altercation appeared to be a part of a larger protest where a man with a bullhorn and similar clothing accosted white people while they were dining.

The group marched downtown with a sign reading, “Abolish the Police,” and confronted people dining outside. Protesters chanted, “F*** the white people that built the system!” and “F*** the police!”

KDKA-TV obtained video showing protesters fighting with bicyclists who tried to ride through the protest crowd.

One of the protesters defended their actions by claiming it was in self defense.

“We seriously get hit everyday that we march. Hueless aggression is escalating because the white moderate has decided we don’t need to fight for our rights anymore,” she wrote on Facebook.

“There’s no law on planet earth that I broke, other than one they’re gonna look real hard for. That’s the mad diary life of a protester,” she added.

Pittsburgh police confirmed to WPXI-TV that they were reviewing several social media videos of the protest incidents. They are asking that anyone who was assaulted during the protests come forward and file a report.