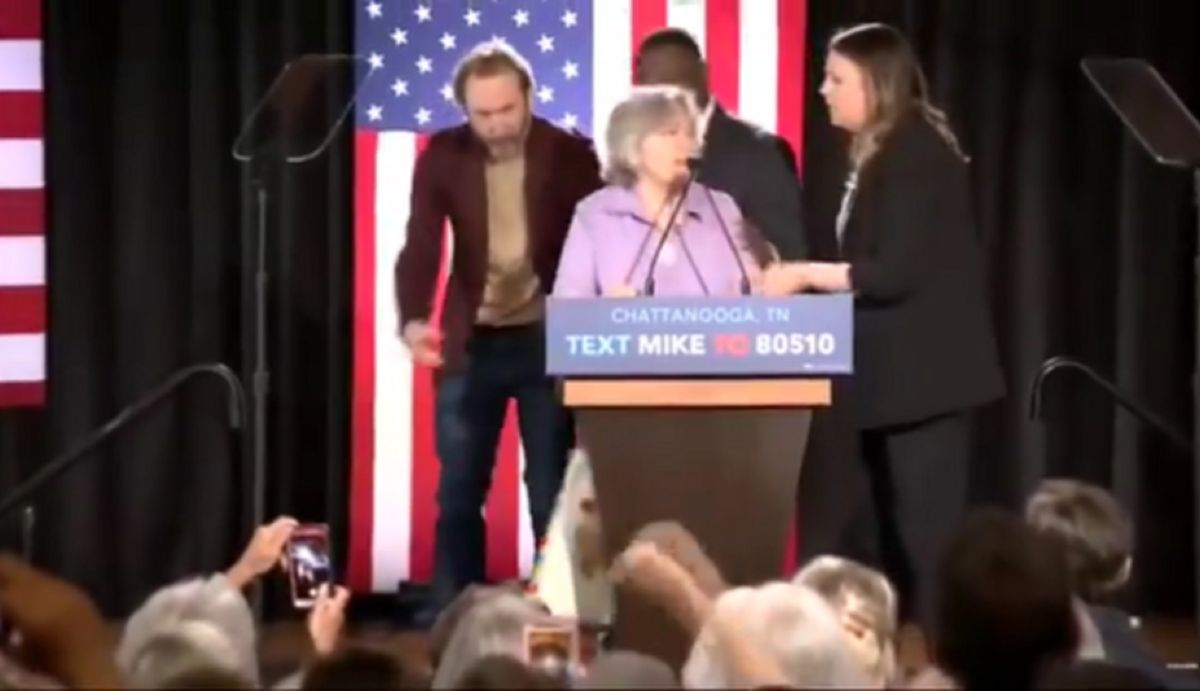 A protestor made quite a stir during a rally for Democratic presidential candidate Michael Bloomberg in Chattanooga, Tennessee, on Wednesday, when she began shouting that the candidate is “trying to buy” the election before storming the stage and taking over the lectern to continue making her case against the New York billionaire.

The woman, who has not been identified, ran to the front of the audience prior to Bloomberg taking the stage and shouted that “Bloomberg is trying to buy this election! That is not Democracy!” With that, the person speaking at the podium turned and left the stage, giving the protestor the opportunity to continue her message at the microphone.

“That is plutocracy!” she added, before a handful of individuals ran on the stage to usher her out while the crowed booed her.

The Daily Caller noted that Bloomberg was late to enter the Democratic primary for president, and “has been able to become relevant in the race thanks to the hundreds of million dollars he has spent on advertisements” despite his name not being on the ballot in the early primary states of Iowa and New Hampshire.

Bloomberg, the former mayor of New York City, is worth an estimated $60 billion.

The second event Bloomberg held in Tennessee on Wednesday was also interrupted by a different protestor over a different issue.

During a rally in Nashville, a man in the crowd yelled, “Mike lied about terrorizing inner city youth! How he increased stop and frisk!” WTVT-TV reported. That protestor was also booed by the crowd as he was led out, and Bloomberg reacted by saying, “Just wanted to thank him for making me feel like I was at home.”

Earlier this week, Bloomberg sparked outrage over leaked comments from 2015 where the former mayor can be heard giving a racist defense of New York City’s “stop and frisk” program targeting racial minorities.