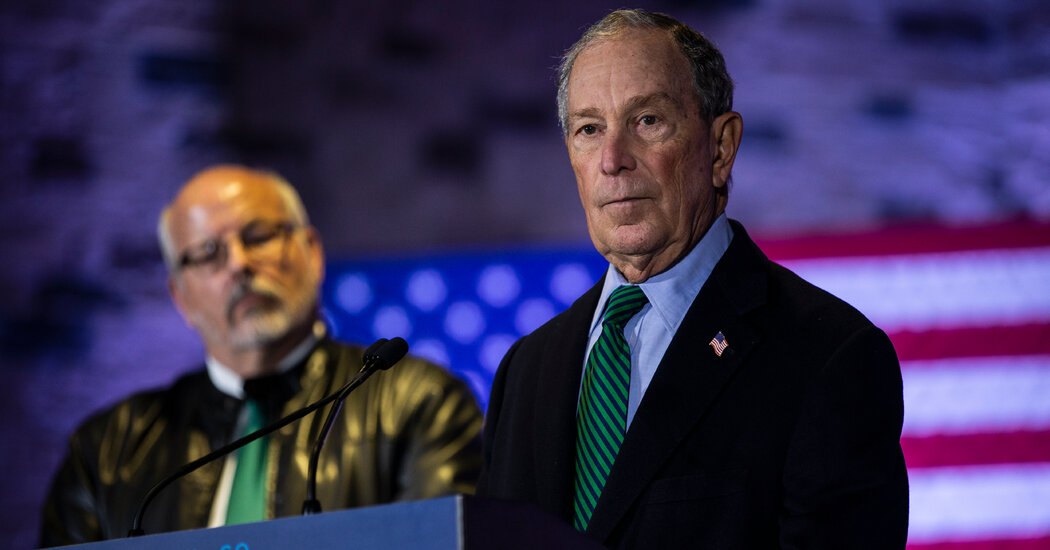 The group, Everytown for Gun Safety, is making an initial $15 million investment in digital advertising in the states, an opening outlay of the $60 million it has pledged to spend during the 2020 campaign.

It includes $5 million earmarked for Florida, the lone state where Everytown plans on advertising in the presidential contest; $3.5 million in Texas, where the group is targeting six House races; and $1 million to $1.5 million in Arizona, Iowa and North Carolina — three states where it will advertise in Senate races — as well as in Minnesota and Pennsylvania.

The group also plans an initial $500,000 investment in Georgia, where, in addition to the state legislative contests, the group will advertise on behalf of Representative Lucy McBath, a suburban Atlanta Democrat who used to work as an Everytown spokeswoman.

Though the coronavirus pandemic and protests over racial disparities in policing have dominated Americans’ attention this summer, John Feinblatt, Everytown’s president, said he believed gun violence was more important to voters now than it had ever been.

“Post-Covid, our polling tells us it’s more critical to voters than ever,” Mr. Feinblatt said in an interview on Wednesday. “It’s become a litmus test for voters, as it was in Virginia.”

Everytown aims to replicate its success from Virginia’s 2017 and 2019 elections, when it backed Democrats who overturned a generation of Republican control of the state legislature with investments that pale in comparison to what major statewide races cost.

The group is now aiming to install Democratic allies atop state governments, through which it then hopes to enact sweeping gun control measures, as Virginia did this year.

Everytown remains largely backed by Mr. Bloomberg, the billionaire former mayor of New York, but it has an increasing number of outside contributors, including the former Microsoft chief executive Steve Ballmer, who gave $7 million in April.

The organization’s focus on digital advertising comes during what its top political aides said was the fastest change in media consumption habits since the dawn of the digital age. With millions of Americans homebound because of the pandemic, nearly half of all television consumption is now on streaming platforms.

Mr. Kelly estimated that the cost to reach voters on digital platforms across enough competitive state legislative districts to flip a state chamber was a fraction of the resources required in a federal or statewide race. Mr. Kelly said Everytown would spend to help Mr. Biden in Florida, but not elsewhere, after consultation with other Democratic super PACs, like Priorities USA, that would take responsibility for different states.

“The goal is to win and everybody comes to the table to do that,” Mr. Kelly said. “Post-2016, people were like, ‘We got to get ourselves together on that front.’”

Everytown is just one element of Mr. Bloomberg’s political largess. He spent nearly $1 billion on his own presidential campaign, which ended after he won the Guam caucuses but no states. Mr. Bloomberg had pledged to pay his staff members through November, but later abandoned those plans and donated the $18 million remaining in his campaign account to the Democratic National Committee.

Field staff members for his campaign subsequently filed class-action lawsuits arguing they had been tricked into accepting jobs.

Mr. Bloomberg’s personal super PAC, Independence USA, spent about $60 million on 2018 races but has yet to engage in 2020 contests.

Everytown’s success has come as the National Rifle Association’s financial muscle has atrophied. The 2018 midterm elections were the first time gun control organizations — Mr. Bloomberg’s Everytown and a group founded by former Representative Gabrielle Giffords of Arizona — had outspent the N.R.A. in federal elections.

“No question about it, the N.R.A. has never been weaker,” Mr. Feinblatt said. “It’s fair to say they are going to be spending more money on legal fees than they are digital or TV ads this cycle.”

Amy Hunter, an N.R.A. spokeswoman, declined to reveal what the gun-rights organization would spend this year but predicted voters would reject gun control proposals put forth by Mr. Bloomberg, Mr. Biden and former Representative Beto O’Rourke of Texas, who as a presidential candidate last year called for the government to seize assault rifles from people who own them.

“2020 has been a bad year for the Bloomberg team,” Ms. Hunter said. “First, after spending billions, Mike crashed and burned early out of the presidential primaries and, then, millions of voters join the ranks as gun owners. N.R.A. members and gun owners know what is at stake and they will vote for freedom — not for the Biden-Beto gun confiscation scheme.”