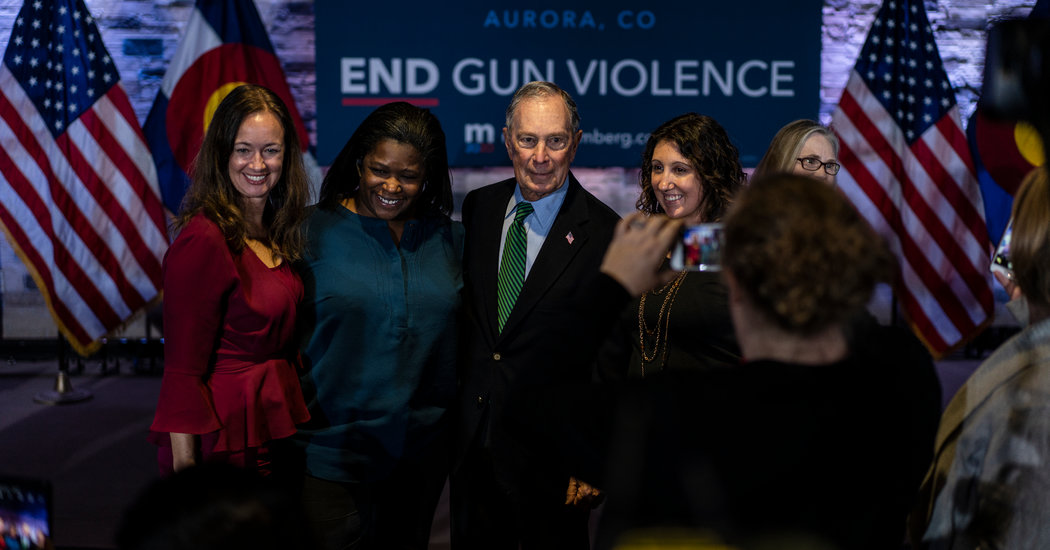 In a divided Democratic field, Michael R. Bloomberg has emerged as a last-minute candidate with an unusual strategy. He is leaning on his record as mayor of New York but also on the good he has done as a philanthropist, betting more than anything that his fortune will enable him to run a national campaign. His campaign is a test of the degree to which a candidate can use his vast wealth to impose himself on the political system.

The New York Times took an exhaustive look at his spending and found that Mr. Bloomberg had given away or spent more than $10 billion on a combination of charitable and political donations. Much of that has gone to important and largely apolitical ends, in fields like public health, but The Times’s examination revealed in new detail how it helped the candidate build an influence network on a scale rarely if ever seen.

Last year was his biggest yet. It was also the year he declared his bid for president.

Mr. Bloomberg gave away $3.3 billion in 2019. It was by far the most he had given away in a single year — more than in the previous five years combined — and most of it has not been publicly disclosed.

Only his family foundation has any public reporting requirements for its donations. His personal giving — money straight from his own checkbook — and donations made by his namesake company, Bloomberg L.P., do not have to be publicly disclosed.

His charitable and political spending have grown enormously since he left office as mayor of New York City at the end of 2013. Since then, he has built a national — and in some cases, international — network of causes, candidates and organizations that he supports.

Time and again, Mr. Bloomberg’s political spending followed nonprofit dollars and vice versa. In places like Washington State, he gave a mix of philanthropic and campaign funds for issues including gun control, carbon pricing, soda taxes and same-sex marriage. In Colorado, his support of gun control and education measures overlapped with huge charitable donations to an apprenticeship program, a school-choice organization and the Denver public schools.

His areas of concern are fairly consistent, focusing on gun control, education reform, the environment, the arts and public health, including smoking cessation and soda taxes.

The result is that Mr. Bloomberg can become an enveloping presence in the places where he concentrates his attention, instilling a sense of good will and raising his profile far beyond the city he led for a dozen years as mayor.

Unlike his fellow self-funded billionaire in the race, Tom Steyer, Mr. Bloomberg has paved the way for a slew of endorsements with his political and philanthropic activism.

He has been endorsed by dozens of Democratic politicians who have benefited from his spending. A number of them are members of Congress, but most are mayors, from cities like Houston, San Francisco, San Jose and Washington.

Win or lose, Mr. Bloomberg is the Democrats’ most important donor

Mr. Bloomberg has given tens of millions of dollars to congressional candidates, helping Democrats seize the House in 2018. But in addition to his overtly political spending, he is a leading donor for many top left-wing priorities, including gun control and climate change, supporting organizations like the Sierra Club and Planned Parenthood.

That has created a complicated set of incentives for Democratic groups that either work with Mr. Bloomberg already or hope to work with him in the future. So far, most organizations and politicians that have received Mr. Bloomberg’s money have not endorsed his candidacy, but a number of them acknowledged that they are keenly sensitive to his interests and take pains not to alienate him needlessly.

There is no indication that Mr. Bloomberg has threatened or coerced people in order to get his way. But many people called his more than $60 billion fortune a force powerful enough to make coercion unnecessary.

Mr. Bloomberg represents a test for the Democratic Party

Other candidates like Senator Elizabeth Warren of Massachusetts have accused Mr. Bloomberg of trying to buy the party’s nomination. It remains to be seen whether self-funding his campaign to the tune of $400 million and counting can get him past the likes of Senator Bernie Sanders of Vermont or fellow former Mayor Pete Buttigieg of South Bend, Ind.

His campaign has already proved that many party stalwarts will hold back criticism of stances and statements that typically trouble Democrats, including Mr. Bloomberg’s support for stop-and-frisk policing, charter schools and big banks, as well as his past skepticism about the #MeToo movement and crude comments on women.

Mr. Bloomberg has said he will use his fortune to defeat President Trump in 2020, no matter who the Democratic nominee is. But his campaign has indicated that he may spend more broadly if the party chooses him.