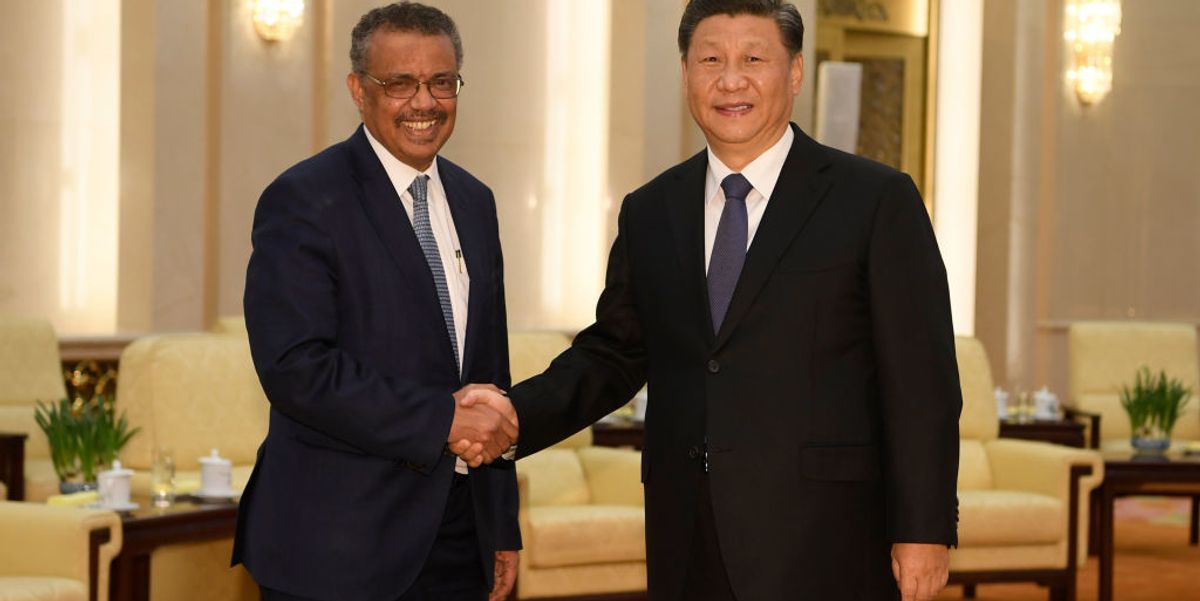 A new intelligence report from Germany’s intelligence service, known as the Bundesnachrichtendienst, reveals how China and the World Health Organization colluded to suppress the truth about coronavirus.

According to the report, which was obtained by German newspaper Der Spiegel, Chinese President Xi Jinping asked WHO Director-General Tedros Adhanom in January to suppress the truth about COVID-19.

Unfortunately for the international community, Adhanom complied with China’s request, according to the Taiwan News.

During a conversation on Jan. 21, Xi reportedly asked Tedros not to announce that the virus could be transmitted between humans and to delay any declaration of a coronavirus pandemic.

It took until the end of January before the WHO declared the coronavirus outbreak needed to receive international attention. Because of China’s delay, the world wasted four to six weeks it could have used better to counter the virus from spreading, the BND concluded.

In response, the WHO categorically denied the allegations.

“Der Spiegel reports of a 21 January, 2020, telephone conversation between WHO Director-General Dr Tedros Adhanom Ghebreyesus and President Xi Jingping of China are unfounded and untrue,” the WHO said in a statement.

“Dr Tedros and President Xi did not speak on 21 January and they have never spoken by telephone,” the statement alleged.

Five Eyes — the intelligence alliance between the U.S., England, Canada, Australia, and New Zealand — concluded in a leaked report that China’s communist government destroyed evidence of the virus, suppressed the truth by “disappearing” doctors and scientists who dared speak out, lied about human-to-human transmission, and refused to provide international experts working on a vaccine with a live strain of COVID-19.

Meanwhile, a Homeland Security report said that China “intentionally concealed the severity” of the virus to hoard medical supplies for itself.

For the WHO’s role in the cover-up, President Donald Trump has ordered a temporary halt to U.S. funding of the WHO. The move was significant because U.S. contributions account for nearly 15% of the WHO’s annual budget.