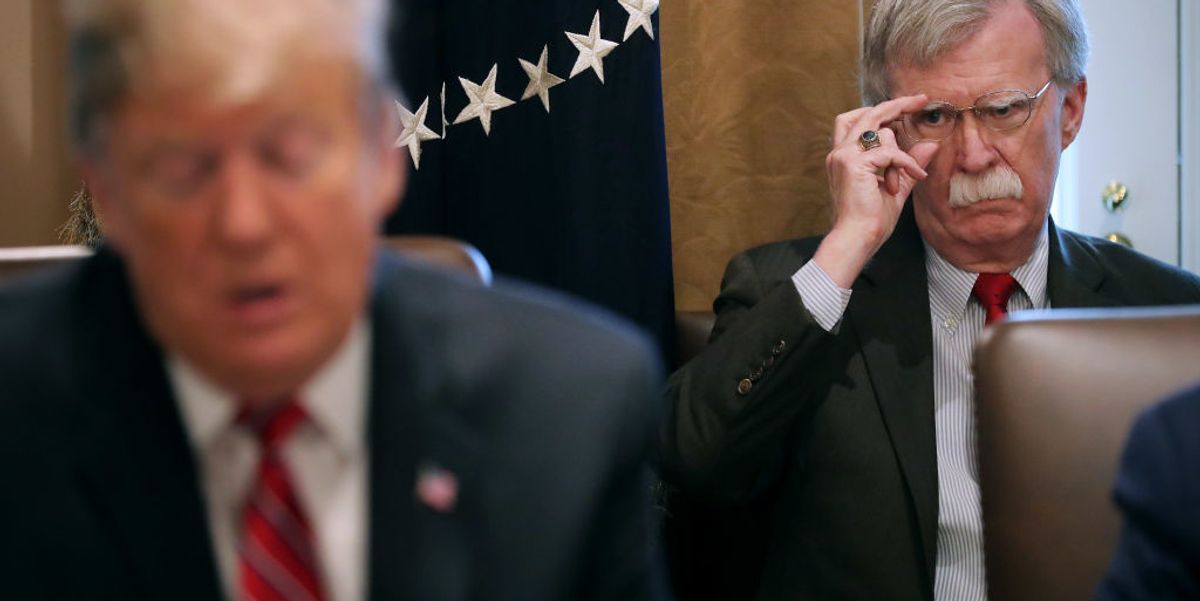 U.S. District Court Judge Royce Lamberth disagreed — although he did not let Bolton completely off the hook, either.

“While Bolton’s unilateral conduct raises grave national security concerns, the government has not established that an injunction is an appropriate remedy,” Lamberth ruled.

Ultimately, Lamberth said that stopping the book’s publication would be impossible to enforce after Bolton’s publisher revealed that hundreds of thousands of copies had already been shipped to book retailers. “The horse, as we used to say in Texas, seems to be out of the barn,” Lamberth said ahead of a Friday hearing, Politico reported.

Still, Lamberth ruled that Bolton has potentially exposed himself to losing the book’s profits, and even criminal liability, for not following the government’s standard review process for books written by former government officials.

Bolton disputes that his book contains any such classified information and emphasizes his months-long compliance with the prepublication review process. He bristles at the mixed messages sent by prepublication review personnel and questions the motives of intelligence officers. Bolton could have sued the government and sought relief in court. Instead, he opted out of the review process before its conclusion. Unilateral fast-tracking carried the benefit of publicity and sales, and the cost of substantial risk exposure.

This was Bolton’s bet: If he is right and the book does not contain classified information, he keeps the upside mentioned above; but if he is wrong, he stands to lose his profits from the book deal, exposes himself to criminal liability, and imperils national security. Bolton was wrong.

Bolton, however, asserts his book does not contain classified information.

Bolton’s book, “The Room Where It Happened: A White House Memoir,” will be released on Tuesday, June 23.

This is a breaking news story. Refresh the page for updates.