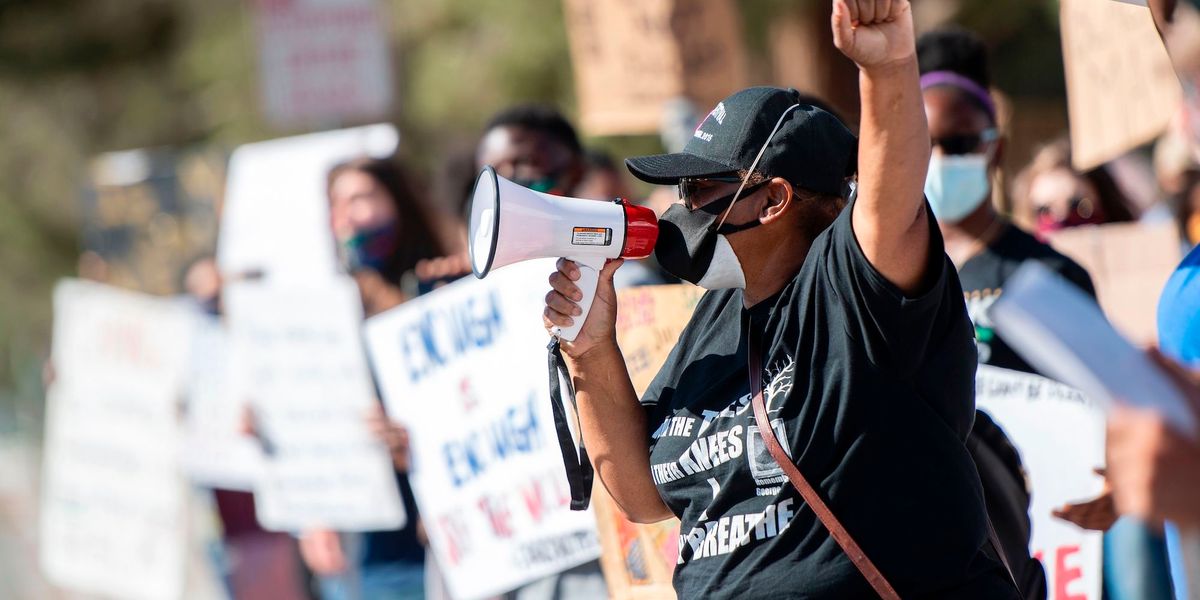 Suspicions of a possible racist lynching in the death of a black man found hung from a tree in Victorville, California, have been dispelled by a surveillance video proving he committed suicide.

38-year-old Malcolm Harsch was found dead on March 31 hanging from a tree near the Victorville library.

Owing to recent “Black Lives Matter” protests around the country, rumors of a racially motivated lynching began circulating in the community. Another black man was found hanging by a tree in nearby Palmdale.

On Friday, the San Bernardino County Sheriff’s Department played video for reporters proving that Harsch killed himself. In the video, according to the Press Enterprise, Harsch is seen wrapping a blue electronics cable around his neck and then tying it to a tree limb before killing himself.

Officials added that Harsch had been placed under suicide watch twice during bookings at San Bernardino County jails.

They also noted that Harsch, who was homeless, had gotten into an argument with his girlfriend in a nearby homeless encampment on that day over mutual infidelity.

KNBC-TV interviewed a man claiming to be Harsch’s best friend who said that he couldn’t imagine the man committing suicide. He did say that Harsch had been unhappy because he was going to miss the graduation of one of his eight children.

A change in tune

After the family was shown the video on Friday, Ali had a much different statement to make.

“On behalf of the family of Malcolm Harsch unfortunately it seems he did take his own life,” said Najee Ali.

“The Victorville Police Department officials released new video evidence to family members,” Ali added. “The family wants to sincerely thank everyone for their support and prayers.”

Here’s a local news report about the suicide: