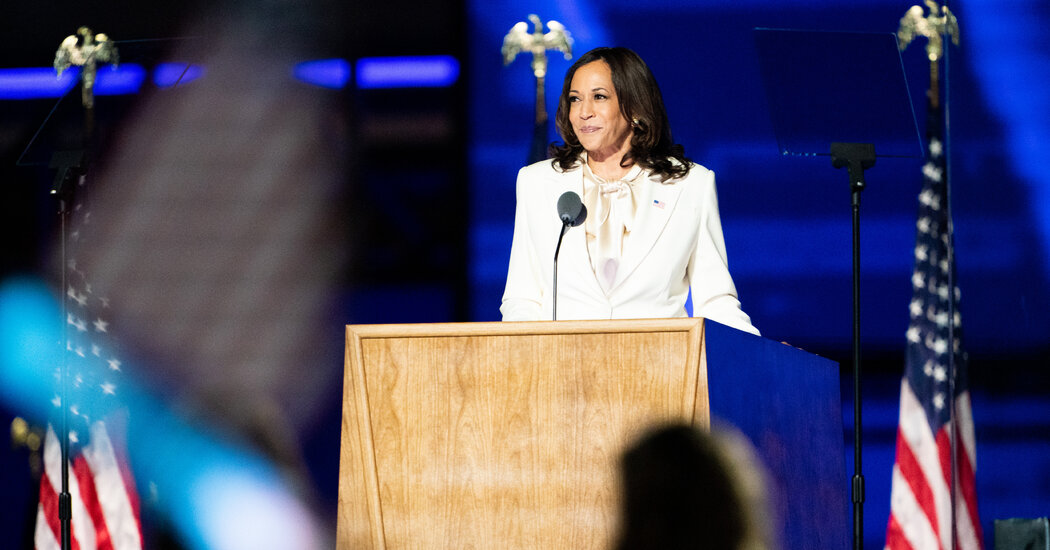 LONDON — A peer in the House of Lords, Britain’s unelected second chamber of Parliament, drew heavy criticism from lawmakers on Monday for referring on Twitter to Kamala Harris, the United States vice president-elect, simply as “the Indian.”

The peer, Lord Kilclooney, a former elected member of Parliament from Northern Ireland, said on Twitter on Monday: “What happens if Biden moves on and the Indian becomes President. Who then becomes Vice President?”

Ms. Harris, the daughter of an Indian-American mother and a Jamaican-American father, is the first woman and first woman of color to be elected vice president of the United States.

Lord Kilclooney tried to defend his post by saying that he had not known Ms. Harris’s name when he wrote it, the BBC reported, but British lawmakers condemned the comment as transparently racist.

“This sort of racism would be unacceptable from anyone, but from a member of the House of Lords it beggars belief,” said Wes Streeting, a Labour lawmaker. “Action must be taken.”

Lord Fowler, who as Lord Speaker of the House of Lords presides over the chamber, demanded that Lord Kilclooney apologize.

“Lord Kilclooney should retract and apologize,” he said. “This is an offensive way to refer to anyone, let alone a woman who has just made history. The comment is entirely unacceptable and has no place in British politics. I could not be clearer.”

Lord Kilclooney, a pro-British unionist who favors Northern Ireland remaining part of the United Kingdom, faced criticism in 2018 after he called Leo Varadkar, then the Irish taoiseach, a “typical Indian” after Mr. Varadkar visited Northern Ireland. Mr. Varadkar is the son of an Indian-born doctor and an Irish nurse.

Lord Kilclooney removed that comment from Twitter but defended himself, saying “I’m certainly not racist at all.”

The House of Lords decided not to formally look into the matter, saying that it did not fall within the bounds of what it could investigate.

The process of handing out peerages in the House of Lords, as lifetime appointments to the chamber are called, is often influenced by patronage and cronyism.

The chamber is intended to serve as a check on the elected House of Commons, and it debates and amends legislation, if with less power than the lower chamber.

But in recent decades, it has become known mainly as a sinecure for wealthy donors and other well-connected types.

In answer to Lord Kilclooney’s question, the new president nominates a successor as vice president, who must then be confirmed by both houses of Congress.