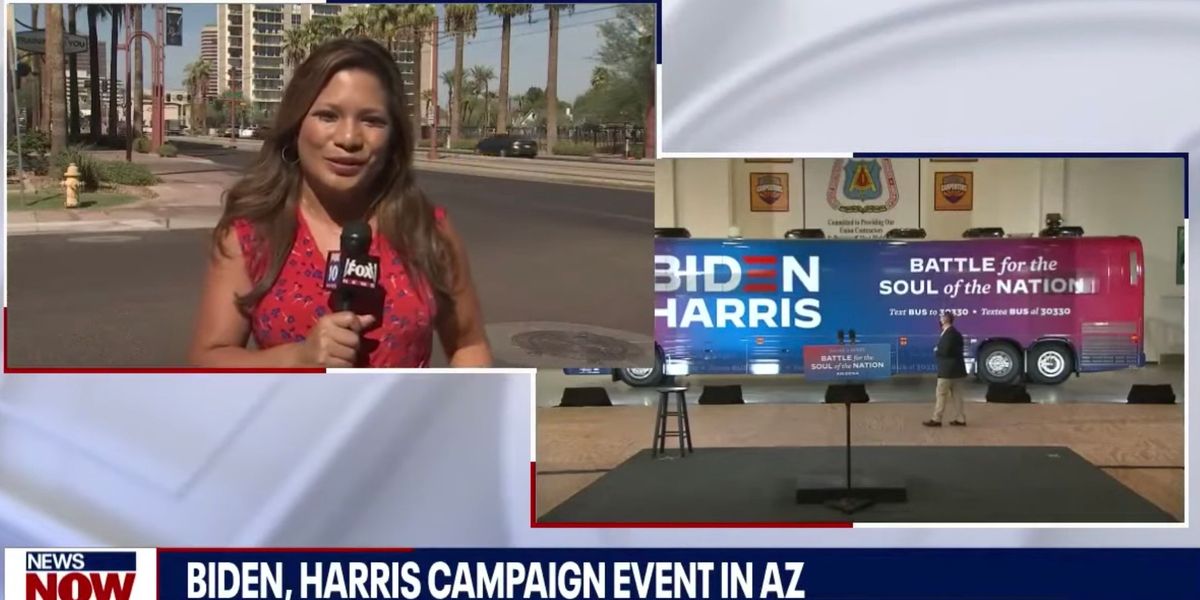 When a presidential campaign stops in your city just weeks before the election, there is significant fanfare: Droves of supporters and protesters turn out, there is a massive security presence, and national media from most major networks cover the event.

“Not a lot of fanfare out here,” Garcia reported. “There’s really not much to see. I’ll step out of the way, but it’s kinda boring out here. So, it’s not your typical presidential campaign event; we don’t see people rallying outside, we don’t see signs or really much of what’s going on.”

During Garcia’s report, her cameraman panned behind her, showing not a soul in sight other than a lone police car.

Garcia contacted the Biden campaign about the lack of fanfare and supporters. The campaign claimed details about the event were not widely publicized because of the coronavirus.

“I’m told by one of the local Biden staffers is that they kinda kept the details about the visit, as far as the timing and the exact locations, they didn’t really want to give that out to the public, because they want to keep the crowds to a minimum,” Garcia reported.

“Pretty much all the people that we saw enter into the parking lot about 45 minutes ago were with the Biden/Harris campaign and the pool reporters,” she explained. “So, you would expect to see — I mean, this is a pretty big event for the two of them to be campaigning together for the first time since the Democratic National Convention. Here in Arizona, our state has established itself as a battleground state, and so this is technically a big event, but not a lot of fanfare.”

Biden and Harris were in Phoenix to meet with Native American tribal leaders at the Heard Museum. They also kicked off their national “Soul of the Nation” bus tour — but no one was there to celebrate with the campaign.

“This is a huge event politically, but you can’t tell,” Garcia went on to say.