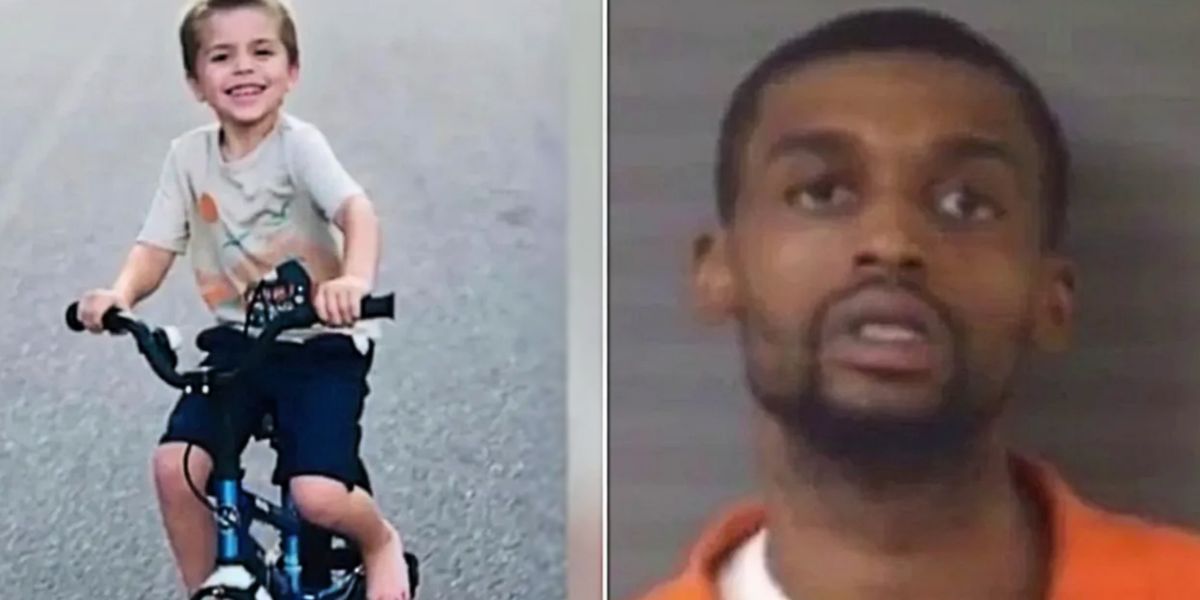 Cannon Hinnant’s mother is vowing to get justice for the murder of her 5-year-old son, who was shot to death in North Carolina. Bonny Waddell, Cannon’s mother, said she would seek the death penalty against the suspect who allegedly killed her son while he was riding his bicycle last Sunday night.

“My baby didn’t deserve this,” Waddell said of her son. “He had the biggest smile, the biggest eyes.”

“We lost a big piece of our family,” she said. “We all. He changed all of our lives. He touched everybody that he knew.”

“This man took my girls when he took my baby,” Bonny said of her two young daughters who allegedly witnessed the shooting. “They know he’s in a better place.”

“I want the death penalty and I’m gonna seek it,” Waddell said, according to WRAL-TV.

“This man will answer to me,” the mother allegedly posted on Facebook on Tuesday, according to the New York Post. “That man will see me and my son through my face! This sorry excuse as a human being will rot in hell.”

“I will burn this country down if it’s what it’ll take to see [the alleged shooter] burn in hell,” she allegedly wrote. “I’m ready to flip this country upside down. We will get our justice and I’m taking every damn body down right with him!”

Darius Sessoms, 25, is the suspect in the death of Cannon Hinnant. Sessoms is charged with first-degree murder and is being held without bond. His next court date is scheduled for Aug. 25.

Hinnant was reportedly shot execution-style by Sessoms near the home of Cannon’s father.

Witness Doris Lybrand told WRAL that Sessoms ran up to the boy, put the gun near his head, and pulled the trigger. Then he allegedly ran back into his house, which is next door to the home of Cannon’s father, Austin Hinnant.

“My first reaction was he’s playing with the kids,” Lybrand said. “For a second, I thought, ‘That couldn’t happen.’ People don’t run across the street and kill kids.”

According to the Death Penalty Information Center, the last time North Carolina executed a person was in August 2006. After spending 12 years on death row, Samuel Flippen was put to death by lethal injection at Central Prison in Raleigh.

Flippen was convicted of first-degree murder for the 1994 beating death of Britnie Nichole Hutton, his 2-year-old stepdaughter. Flippen claimed that the child fell and was having a hard time breathing.

“During the trial in 1995, prosecutors argued that Flippen started beating his stepdaughter because she was crying,” a 2006 Associated Press article read. “The child died from a blow to the abdomen that was so hard it cut her pancreas in half and tore her liver, prosecutors said.”

A GoFundMe campaign titled “Justice for Cannon” was started last week by Gwen Hinnant, the slain child’s grandmother. The crowdfunding campaign has raised over $700,000 as of mid-day Sunday.

Cannon Hinnant’s funeral was held on Thursday night. A vigil was scheduled for Friday night outside the Wilson County Court House, but it was postponed because the family is rightfully grieving over the tragic death.

“We’ve discussed a memorial park for Cannon where kids can go and ride their bikes, because he loved that so much,” Cannon’s grandmother said.

Last week, some major media networks neglected to cover the appalling murder of the 5-year-old boy, which sparked the hashtag “#SayHisName.”