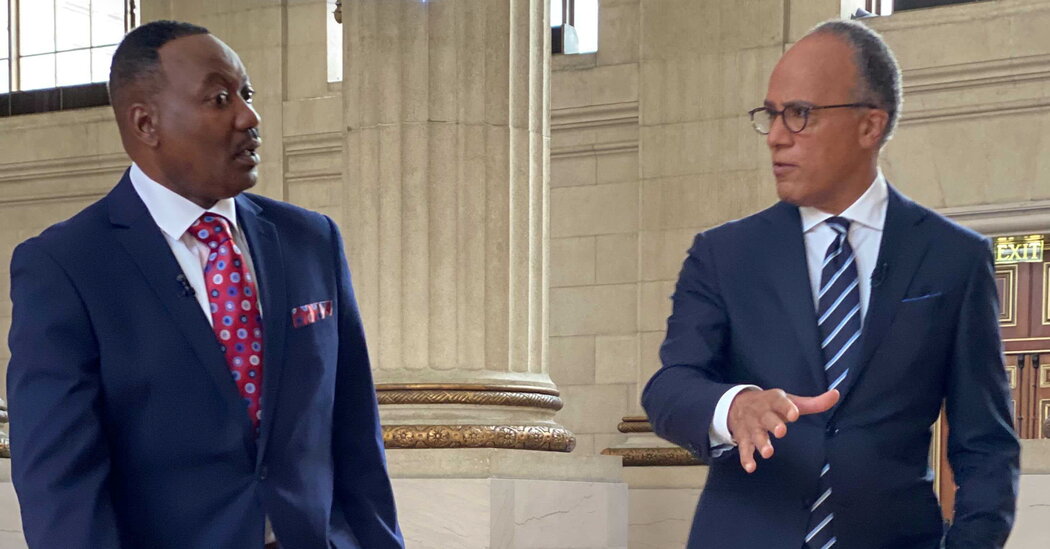 According to video of the encounter, as rioters shattered the lobby doors, Ms. Babbitt tried to climb through a hole in the glass. A person on the other side fired a single shot, causing her to fall back and pushing the intruders back. The bullet hit her in the left shoulder, and she was taken to a hospital, where she died. She was one of five people who lost their lives during the Capitol assault and its immediate aftermath.

Mr. Trump has said that Ms. Babbitt was “murdered at the hands of someone who should never have pulled the trigger of his gun.”

“We know who he is,” Mr. Trump said of the officer this month.

In the NBC interview, Lieutenant Byrd said he protected Republicans as well as Democrats in the Capitol, including Mr. Trump when he was in the House chamber.

“I do my job for Republican, for Democrat, for white, for Black, red, blue, green,” he said. “I don’t care about your affiliation.”

Ms. Babbitt’s husband has sued to force the release of investigative files related to the shooting, and her family has threatened to seek damages from the Capitol Police.

The Capitol Police, like Congress, is not subject to public records requests.

Mark E. Schamel, a lawyer who represents Lieutenant Byrd, has described the officer as a “decorated veteran” who showed “tremendous restraint in firing just one shot.”

“His willingness to remain steadfast in the face of hundreds of violent, extremist, would-be insurrectionists intent on thwarting Congress from performing its constitutional duty was the type of heroism and commitment that the lieutenant has demonstrated in his almost three decades of law enforcement service,” Mr. Schamel said in a statement this week.