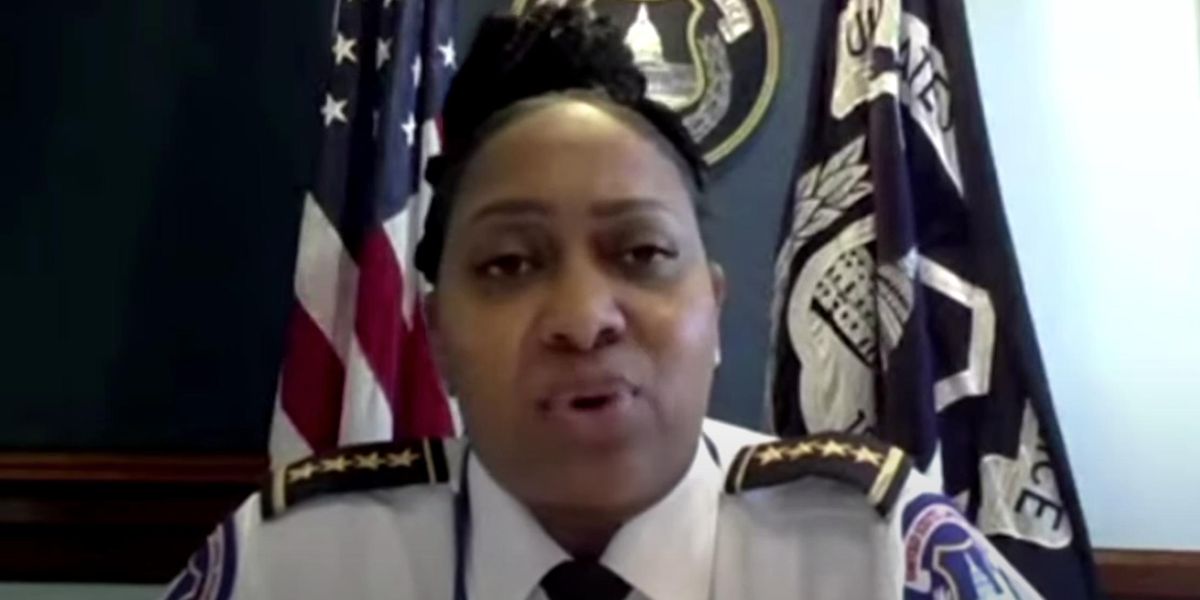 The acting chief of the Capitol Police said that members of the militias that rioted on Jan. 6 are plotting to blow up the Capitol building during President Joe Biden’s State of the Union address in order to kill many members of Congress.

Acting chief Yogananda Pittman made the comments during her testimony via teleconference on Thursday at a House hearing about the Capitol rioting.

“We know that members of militia groups that were present on Jan. 6 have stated their desires that they want to blow up the Capitol and kill as many members as possible with a direct nexus to the State of the Union, which we know that date has not been identified,” Pittman said.

“So based on that information, we think that it’s prudent that Capitol Police maintain its enhanced and robust security posture until we address those vulnerabilities going forward,” she added.

About 5,000 National Guard troops are expected to continue to protect the Capitol until March.

Pittman rejected accusations that her department had ignored intelligence that warned of an attack to the scale that materialized on Jan. 6.

“The department was not ignorant of intelligence indicating an attack of the size and scale we encountered on the 6th. There was no such intelligence,” she said.

“Although we knew the likelihood for violence by extremists,” she explained, “no credible threat indicated that tens of thousands would attack the U.S. Capitol, nor did the intelligence received from the FBI or any other law enforcement partner indicate such a threat.”

Pittman also told members of the House Appropriations subcommittee that while some of the rioters were organized, many others were simply regular everyday Americans who were angry and acted with a mob-like mentality. Pittman said that the Capitol Police were not prepared to deal with the latter.

Lack of communication to blame for police response to Capitol riot www.youtube.com