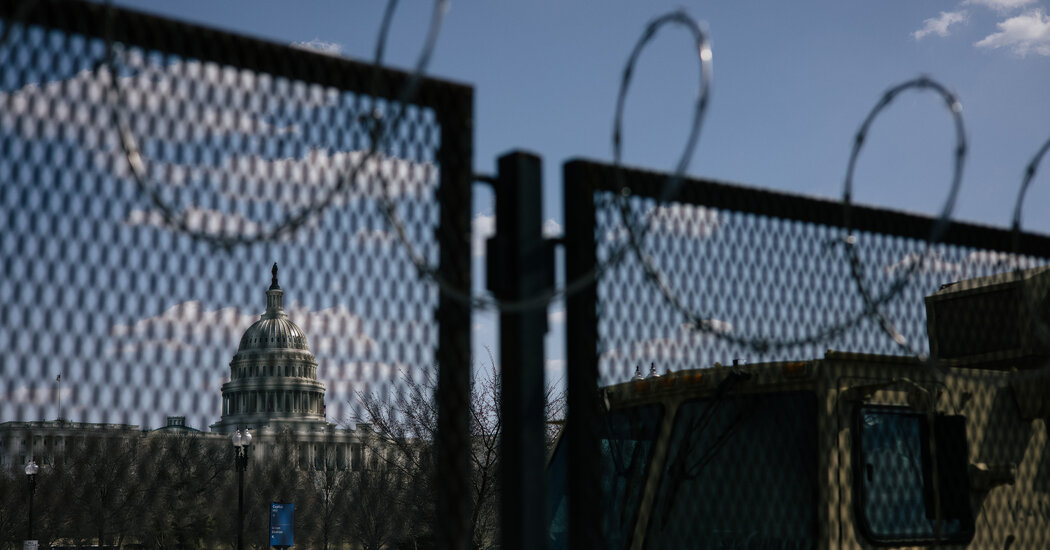 The Capitol Police in the coming days will begin scaling back and in some cases removing fencing erected around the Capitol after the Jan. 6 riot, a Democratic aide familiar with the plans confirmed on Sunday, a visible milestone as Congress tries to return to normal.

The agency, working with the architect of the Capitol, will take steps beginning this week to first move an inner perimeter of fencing closer to the Capitol building and remove looped razor wire strung atop it, according to the aide, who spoke anonymously to discuss security plans that were still private. The agency will then proceed to remove altogether a secondary, outer perimeter next week, allowing Independence and Constitution Avenues to reopen to traffic for the first time since January.

It was unclear on Sunday exactly how long the inner perimeter fencing might remain in place, as lawmakers and the law enforcement agency continue to plot a path forward to ensure there is no repeat of the deadly rampage. The Democratic aide familiar with the plans said it would stay in place for at least as long as it takes to make security repairs to the Capitol building.

The Capitol Police did not immediately respond to a request for comment.

Imposing and impenetrable, the fence has become a charged political symbol in the two months since the attack, barring most Americans from the seat of government and causing headaches for the thousands of staff members, journalists and lawmakers who work inside the Capitol. In recent weeks, lawmakers in both parties, wary about the message it sent the country, had been agitating for its removal and a broader reconsideration of the security posture.

It has also significantly disrupted the Capitol Hill residential neighborhood adjacent to the historic building, forcing road closures and cutting off access to a spacious plaza frequently used by local residents for recreation, commuting or even protesting.

National Guard troops who arrived after the attack will continue to patrol the Capitol building and grounds. Their ranks have already been cut roughly in half, to 2,200, but the Pentagon and the Capitol Police have indicated that they might further reduce that number in the weeks ahead.

The extraordinary measures were put in place as a result of one of the most stunning security failures in the history of Congress. A mob of thousands, egged on by President Donald J. Trump, succeeded in overrunning officers and storming into the Capitol building in a last-ditch effort to stop lawmakers from certifying Joseph R. Biden Jr.’s electoral victory. Many of the invaders were armed and sent the vice president and members of the House and the Senate running for their lives. The attack left five people dead and more than 100 police officers injured.

The Capitol Police initially asked for the taller black fencing put up in the days after the riot to be made permanent. But lawmakers balked, and some appear more interested in recommendations by Lt. Gen. Russel L. Honoré, a retired Army officer who was appointed by Speaker Nancy Pelosi to conduct a comprehensive security review. He has recommended that the police force hire more than 800 new officers and develop mobile fencing around the complex.

As they curtail some of the fencing, the police are planning to place bike racks outside House office buildings to create another barrier. Collectively, the National Guard deployment, perimeter fencing and other new security measures have been costing taxpayers almost $2 million a week.