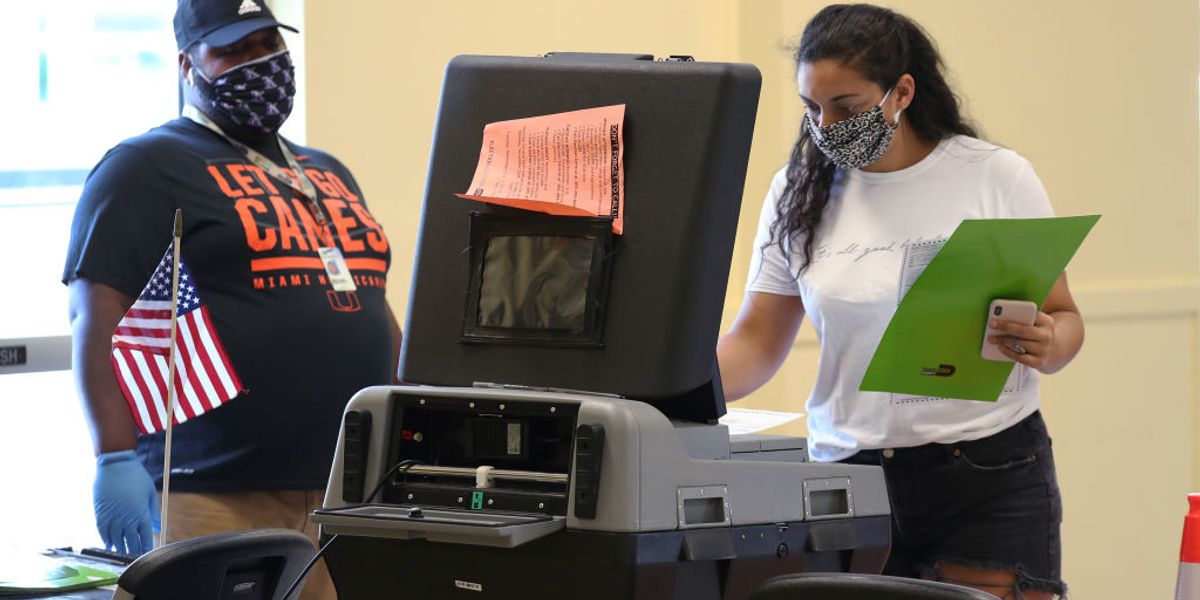 The Centers for Disease Control and Prevention issued guidelines for voting safely Sunday, affirming that even voters diagnosed with COVID-19 have a right to break quarantine to vote.

“Voters have the right to vote, regardless of whether they are sick or in quarantine,” the CDC said, listing steps voters should take to protect themselves and others from spreading disease at the ballot box.

“Voters who are sick or in quarantine should take steps to protect poll workers and other voters. This includes wearing a mask, staying at least 6 feet away from others, and washing your hands or using hand sanitizer before and after voting. You should also let poll workers know that you are sick or in quarantine when you arrive at the polling location. Check with local authorities for any additional guidance,” the guidelines state.

Voters are urged to make a checklist of items to bring when they go to vote including: a mask, an extra mask, tissues, hand sanitizer, water, and a black ink pen.

“You should wear a mask consistently and correctly in public and around people who don’t live with you,” the CDC said. “If you must take your mask off, use hand sanitizer before and after.” The second mask is needed “in case yours gets wet or dirty.”

The agency also recommended voters clean their hands often and stay at least six feet apart from other voters, even those wearing masks.

Political scientists are forecasting record-breaking turnout, potentially the highest voter turnout of any election since 1908. Long lines have been reported across America as voters head to the polls to cast their ballots.

The scene at the William Rowan School polling location in Northwest Philly: lines are long but moving, a lot of vot… https://t.co/njr7pLETso

Long lines at the Coronado HS polling location in Henderson, NV. Seeing them stretch around the corner of the build… https://t.co/zsOCg3wQtY

Voter shares footage of long lines in Manhattan early in the morning as #ElectionDay voting gets underway in New Yo… https://t.co/DEO5rLj25X

Several states have adopted measures to expand early and mail-in voting to reduce the risk of voters spreading COVID-19 by voting in person.

Pennsylvania, North Carolina, Michigan, and Wisconsin have each attempted to extend the deadlines for which mail-in votes could be received and counted. Republicans in these states have filed legal challenges to reverse the election rules changes with varying degrees of success.

The Supreme Court rejected a GOP effort to undo an absentee ballot deadline extension in North Carolina, permitting the state to receive and count ballots until Nov. 12, nine days after Election Day. The high court also declined to fast-track a challenge to Pennsylvania’s extended absentee ballot deadline, handing a temporary defeat to state Republicans but leaving room for the court to reverse the extension and disqualify late ballots after the election.

In Wisconsin, the Supreme Court ruled against Democrats seeking to have mail-in ballots received after Election Day counted.