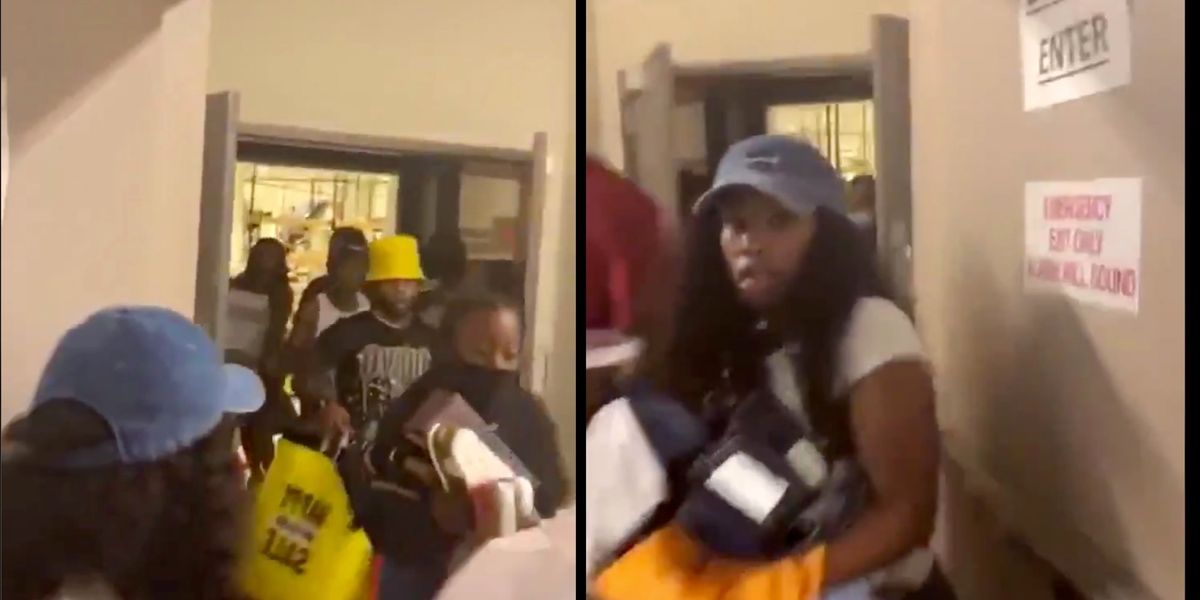 A woman was arrested by police for allegedly looting during the protests in Chicago, and they say they caught her because she livestreamed her actions on Facebook.

The Cook County State’s Attorney’s office accused Rochon of posting two livestream videos of her participating in looting at Nordstrom and Sunglass Hut.

Videos from her livestream were widely circulated on social media during the rioting and looting of downtown Chicago stores on Aug. 10:

In another video attributed to Rochon, she can be heard encouraging other looters as they stream out of the stores.

More than 100 people were arrested in the looting and 13 Chicago police officers were injured during the rioting. Police charged six other people with offenses related to the looting on Monday.

Chicago Mayor Lori Lightfoot announced Monday the formation of a task force that would search social media to help identify criminals and aid in apprehending them.

“As we’ve seen over these past few months, social media platforms have repeatedly been used to organize large groups of people to engage in illegal activity,” Lightfoot said.

After the looting and rioting was blamed on residents of Englewood, Chicago community leaders angrily denounced outsider protesters and pushed them out of their neighborhood.

“I don’t see none of you motherf***ers when it’s kids back here shot up!” yelled Darryl Smith, a longtime resident of Englewood.

“I’m out here every day! Y’all don’t come out here when the kids get shot!” he added. “Y’all come out when it has to do with the f***ing police!”

Here’s more about the looting in Chicago: