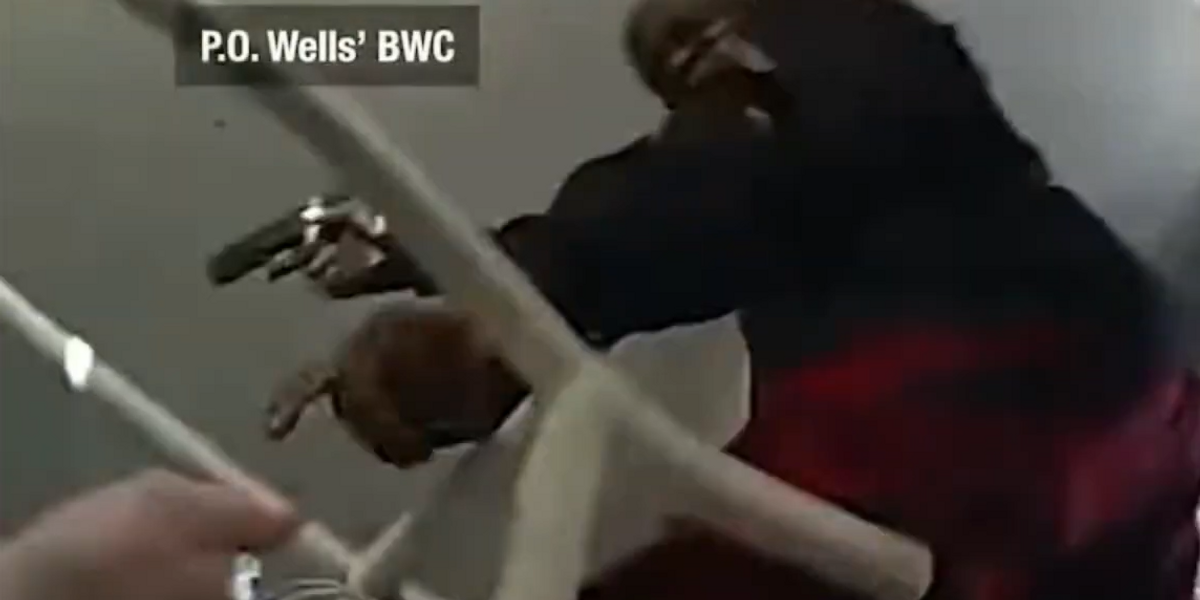 One second, two NYPD officers were assisting an domestic violence victim, the next second, a hail of gunfire was sprayed at them as the alleged abusive husband ambushed them. The New York Police Department released graphic bodycam video of the deadly shootout at 12:45 p.m. on Nov. 24 between cops and Rondell Goppy in Queens, New York.

“Authorities say a 41-year-old woman had walked into the 105th Precinct to report the domestic violence case, and the officers then accompanied her back to the residence to collect her belongings,” KABC-TV reported.

NYPD officers Joseph Murphy and Christopher Wells were attempting to provide solutions to Goppy’s wife, who feared that her husband would harm her. The officers suggested getting a locksmith to change the locks in the home. Officer Murphy proposes leaving the house, and asks the woman, “Where does your sister live?”

All of a sudden, the terrified woman announces, “Oh, he’s coming. That’s him. He’s here.” She shakily shrieks, “Ooh. Ooh!”

Goppy opens the front door, and in the blink of an eye, gunshots ring out towards the police officers. Goppy, reportedly armed with a licensed Glock Model 22 .40 caliber firearm and a Smith & Wesson Model MP Shield 9 mm handgun, fired 11 shots in a few seconds.

Bullets struck Officer Wells in the thigh and Officer Murphy in both of his hands. The officers retaliated in self-defense by firing 24 shots, hitting Goppy several times. Goppy died from his injuries. The woman was not injured in the shooting.

If you ever had any question abt how quickly seemingly innocuous situations escalate, watch this. I believe a natio… https://t.co/UHDBql4u50

“This video is chilling and difficult to watch, but it makes one thing clear: Police Officers Wells and Murphy saved lives,” PBA president Patrick Lynch said. “They saved the lives of that domestic violence victim and her children, and they saved each other’s lives – all because they had the training, skill and courage of New York City police officers. For anyone questioning whether we need police officers responding to these types of situations, this video is the answer.”