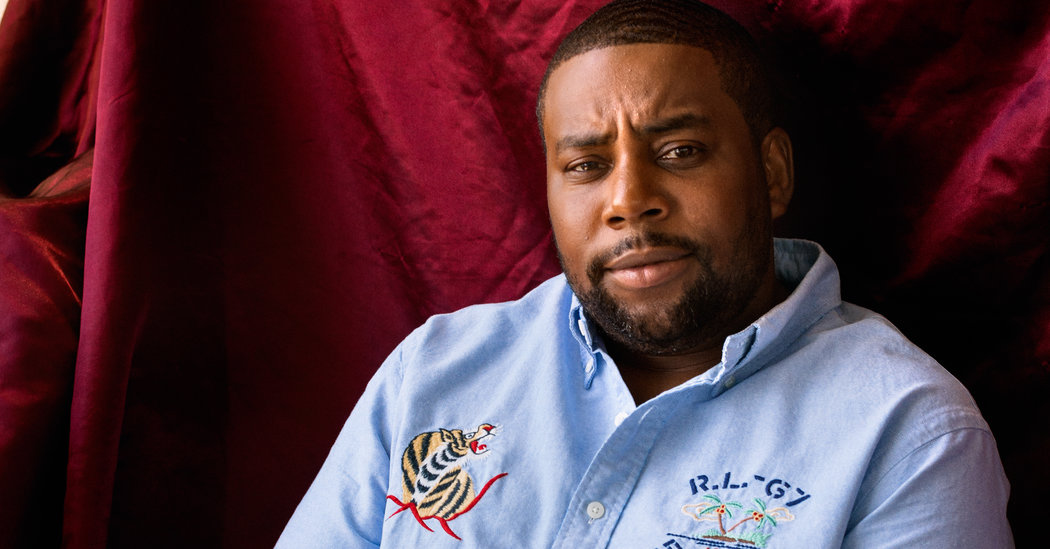 Kenan Thompson, the longest-tenured “Saturday Night Live” cast member, will serve as M.C. of this year’s White House Correspondents’ Association dinner, the annual media jamboree that has become a flash point on free expression in the Trump era.

The dinner, to be held April 25, is also set to feature a repeat performance by Hasan Minhaj, the former “Daily Host” personality and current host of “Patriot Act” on Netflix. Mr. Minhaj was the featured entertainer at the 2017 edition of the event.

The lineup, announced on Tuesday by the Correspondents’ Association, is a return to comedy after last year’s more sober performance by Ron Chernow, the historian and Alexander Hamilton biographer who lectured on the history of presidential ire toward the news media.

Mr. Chernow’s appearance was a direct consequence of an edgy monologue in 2018 by the comedian Michelle Wolf, who laced into President Trump and his aides from the dais. Ms. Wolf’s performance divided the chattering classes, with some Washingtonians lamenting her lack of civility and many comedians cheering her on.

The polarized reaction was not surprising for a dinner that, in recent years, has faced questions about why it exists in the first place.

Once a chance for the president and his chroniclers to rib each other in good faith, the tenor of the event shifted after Mr. Trump — who was famously mocked by Barack Obama and Seth Meyers at the 2011 dinner — chose to boycott it in 2017, the first president to skip since Ronald Reagan after his 1981 assassination attempt. (Mr. Reagan still dialed in from his hospital bed.)

Vanity Fair and The New Yorker canceled their parties; A-list celebrities steered clear. The Correspondents’ Association shifted the dinner’s focus from boozy revelry to a more solemn tribute to the First Amendment — welcome news to some critics who had long lamented the dinner’s image of chumminess and glad-handing.

Mr. Trump has stuck firmly to his boycott for the past three years, as his relationship with the national press has curdled further. In 2019, the president accused news organizations of “treason” and his administration phased out the daily White House press briefing.

Jonathan Karl, the current president of the Correspondents’ Association, has embraced the dinner’s renewed emphasis on freedom of the press. Under his direction, the association has introduced new awards to recognize accountability journalism and reportorial courage. The association also plans to contact the Committee to Protect Journalists and PEN America about highlighting threats faced by reporters in other countries.

But Mr. Karl, the chief White House correspondent at ABC News, said he welcomed some comic relief at a tense moment for the nation.

“The dinner has a serious message, but we also believe it is as important as ever to be able to laugh — at ourselves, as well as at the people we cover,” Mr. Karl wrote in an email. “I’d argue that humor is more important now than ever.”

Mr. Thompson is now in his 17th season at “Saturday Night Live,” where his impressions include Charles Barkley and Steve Harvey. Mr. Minhaj’s “Patriot Act” tackles politics and policy; his 2017 routine at the dinner mixed zingers about the Trump administration with his personal reflections on growing up in America as an immigrant.

The weekend surrounding the Correspondents’ dinner was once a highlight of the Washington social calendar, with Hollywood talent agencies hosting parties with open bars and closed guest lists.

Mr. Karl is making sure to underscore the importance of the occasion, too. The founding charter of the Correspondents’ Association, dating from 1914, was rediscovered during a White House renovation last year. The association arranged to restore the document and it will be unveiled at the National Archives on April 20.

“It’s an important document,” Mr. Karl said. “A tangible reminder that reporters have been working on the grounds of the White House for well over a century.”

The dinner itself — held in the dreary ballroom of the Washington Hilton — will have a refreshed look. The yellowish curtain of years past will be replaced by large screens, and the evening will be overseen by a veteran television producer, Bob Bain, whose résumé includes a pair of Trevor Noah’s Netflix specials.

Whether Mr. Trump plans to go remains unknown: the White House did not respond to a request about the president’s intentions.

Starbucks says customers modifying drinks is part of the experience

Like a Trojan horse, graphene oxide can act as a carrier of organic pollutants to fish

News DSMW - May 6, 2021
0
Stranger Things fans are all ears as the hit Netflix series drops its latest teaser. The new Stranger Things 4 footage was released on Thursday, May 6 and seemed to hint that the... ...

Why the Set of Something Borrowed Was Such a Hotbed of Romance and 18...

News DSMW - May 6, 2021
0
Who knew that such a f--ked up love story could be so romantic? Because while the plot of Something Borrowed isn't exactly the stuff of conventional fairytales--girl meets boy,... ...

Commentary Andrew McCarthy - May 5, 2021
0
Our Brittany Bernstein reports that a federal district judge in Washington, D.C., has invalidated the eviction moratorium ordered by the Centers for Disease Control, initially during the Trump administration, and recently extended (for the second time) during the Biden administration. It is now set to run through June 30. In her 20-page opinion, Judge Dabney L. Friedrich (a Trump appointee) observes that hers is only the most recent of several rulings holding that the CDC exceeded its...
MORE STORIES

Why the Set of Something Borrowed Was Such a Hotbed of...