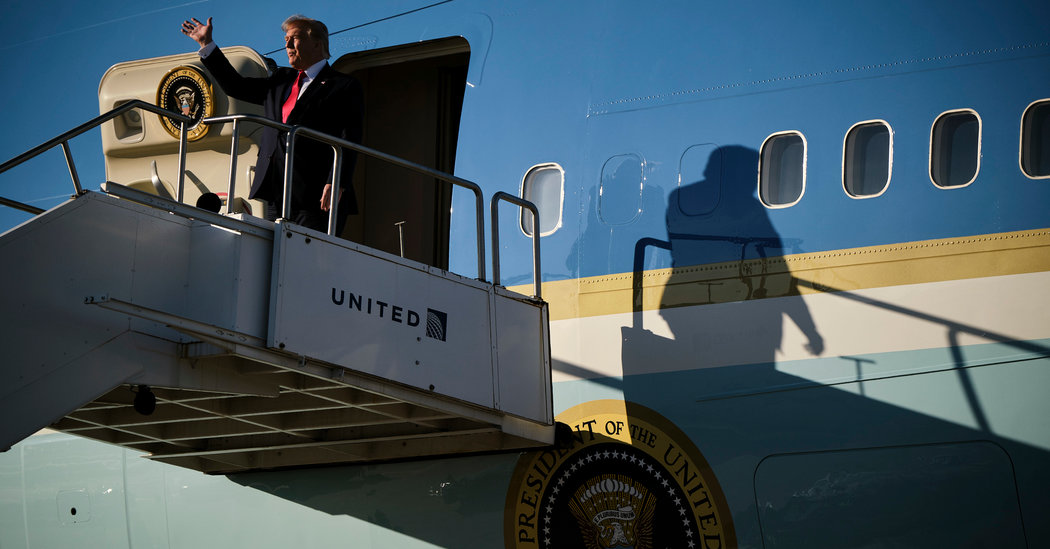 WASHINGTON — As President Trump’s impeachment trial opens, his lawyers have increasingly emphasized a striking argument: Even if he did abuse his powers in an attempt to bully Ukraine into interfering in the 2020 election on his behalf, it would not matter because the House never accused him of committing an ordinary crime.

Their argument is widely disputed. It cuts against the consensus among scholars that impeachment exists to remove officials who abuse power. The phrase “high crimes and misdemeanors” means a serious violation of public trust that need not also be an ordinary crime, said Frank O. Bowman III, a University of Missouri law professor and the author of a recent book on the topic.

“This argument is constitutional nonsense,” Mr. Bowman said. “The almost universal consensus — in Great Britain, in the colonies, in the American states between 1776 and 1787, at the Constitutional Convention and since — has been that criminal conduct is not required for impeachment.”

But the argument is politically convenient for Mr. Trump. For any moderate Republican senator who may not like what the facts already show about his campaign of pressure on Ukraine, the theory provides an alternative rationale to acquit the president.

Indeed, if it were true, then there would also be no reason to call witnesses like John R. Bolton, Mr. Trump’s former national security adviser, because what he and others know about Mr. Trump’s motivations and intentions in his Ukraine dealings would not affect the outcome of the trial.

Mr. Trump’s legal team hammered away at the argument in its 110-page brief submitted to the Senate on Monday. “House Democrats’ newly invented ‘abuse of power’ theory collapses at the threshold because it fails to allege any violation of law whatsoever,” the president’s lawyers wrote.

Many legal scholars say senators should not take this argument seriously. They point, among other things, to evidence that for centuries before the American Revolution, the British Parliament impeached officials for “high crimes and misdemeanors” that constituted abuses of power but were not indictable offenses. The pattern informed the framers of the Constitution, who echoed that concept.

One precedent — a high-profile case against a former British governor-general in India named Warren Hastings accused of mismanagement, mistreatment of locals and military misconduct — unfolded during the drafting and ratification of the Constitution and was reported in American newspapers.

His chief prosecutor, the famous parliamentarian Edmund Burke, argued that Mr. Hastings’s actions violated the public trust even though they were not indictable. (Mr. Hastings was acquitted, but only many years later.)

The original draft of the Constitution had made only treason and bribery a basis for impeachment. But according to James Madison’s notes of the Constitutional Convention, George Mason brought up the Hastings case and proposed expanding the definition of impeachment to cover something like it. After rejecting the term “maladministration” as too broad, the convention participants decided to add the English term “high crimes and misdemeanors.”

Mr. Bowman — whose scholarship on impeachment law is cited in a footnote in the Trump legal team brief — called the arguments in that brief “a well-crafted piece of sophistry that cherry-picks sources and ignores inconvenient history and precedent.” For example, he noted, it makes no mention of how the Hastings case involved allegations of abuses of power that were not indictable crimes.

Scholars pointed to other major landmarks. In 1788, as supporters of the Constitution were urging states to ratify the document, Alexander Hamilton described impeachable conduct in one of the Federalist Papers as “those offenses which proceed from the misconduct of public men, or, in other words, from the abuse or violation of some public trust,” and “political” offenses that injure society.

Mr. Hamilton also wrote that impeachments would differ from common trials in part because prosecutors and judges would not be as limited “in delineation of the offense.”

Critics of the Trump team’s theory have also noted that when the Constitution was drafted, hardly any federal criminal laws had been written. And several early impeachment proceedings — including against a judge who got drunk while presiding over cases — did not involve indictable offenses.

“It is just quite clear that the commission of a crime is neither necessary nor sufficient for an act to be impeachable,” said John Mikhail, a Georgetown University law professor. He portrayed the Trump legal team’s argument as not merely wrong, but as not even worthy of being deemed serious.

But Alan Dershowitz, a leading proponent of the theory, disagreed. An emeritus Harvard Law School professor and a celebrated criminal defense lawyer, he has joined Mr. Trump’s legal team and is preparing a presentation about the idea that he said he expects to make to the Senate on Friday.

He also said that there were some common-law crimes at the time of the ratification of the Constitution, and that the framers expected Congress to eventually enact criminal laws that could serve as the basis for impeachments.

Mr. Dershowitz said he intended to model his presentation on an argument put forward at the 1868 impeachment trial of President Andrew Johnson by his chief defense counsel, Benjamin Robbins Curtis, a former Supreme Court associate justice.

Mr. Johnson was saved from conviction and removal when the vote fell one short of the necessary supermajority. Mr. Curtis had argued that Mr. Johnson was not accused of committing a legitimate crime, and that removing him absent one would subvert the constitutional structure and make impeachment a routine tool of political struggle.

But other legal scholars, like Laurence Tribe, a constitutional specialist at Harvard Law School and an outspoken critic of Mr. Trump, have argued that Mr. Dershowitz is overreading and misrepresenting this aspect of the Johnson trial, especially against the backdrop of other evidence about the original understanding of “high crimes and misdemeanors” and the range of factors that went into Mr. Johnson’s narrow acquittal.

In an opinion article in The Washington Post, Mr. Tribe accused Mr. Trump’s legal team of using “bogus legal arguments to mislead the American public or the senators weighing his fate.”

From one perspective, the argument might not matter. Mr. Bowman noted that while the House article refers to no criminal statute, the conduct described in the abuse-of-power one “plainly draws from” the crime of soliciting a bribe.

(The Government Accountability Office has also concluded that the Trump administration’s freezing of a congressionally appropriated military aid package to Ukraine amounted to an illegal impoundment of funds, but there are no criminal penalties associated with violating that law.)

But Mr. Dershowitz said that if the House had the evidence and the votes to charge Mr. Trump with bribery, then it needed to say so explicitly.

Some of Mr. Dershowitz’s critics have questioned whether he really believes what he is now saying, noting that in 1998, during the Clinton impeachment, he said: “It certainly doesn’t have to be a crime, if you have somebody who completely corrupts the office of president and who abuses trust and who poses great danger to our liberty, you don’t need a technical crime.”

Mr. Dershowitz argued that his position today was not inconsistent with what he said in 1998, pointing to his use of the phrase “technical crime” and saying that he is arguing today that there needs to be “crime-like” conduct. He also said he did not know about Mr. Curtis’s 1868 argument during the Clinton impeachment era, and reading it had affected his thinking.

Still, he acknowledged that his interpretation is an outlier.

“My argument will be very serious and very scholarly,” Mr. Dershowitz said. “The fact that other scholars disagree, that’s for the Senate to consider. There is a division — most of the scholars disagree with me. I think they’re wrong.”

But Mr. Mikhail said Mr. Dershowitz and the Trump legal team were wrong, and he noted that many senators of both parties went to law school or were otherwise legally sophisticated.

“These are very smart, legally informed people,” he said. “They understand the law. They can certainly see through ruses and efforts to distract and divert.”