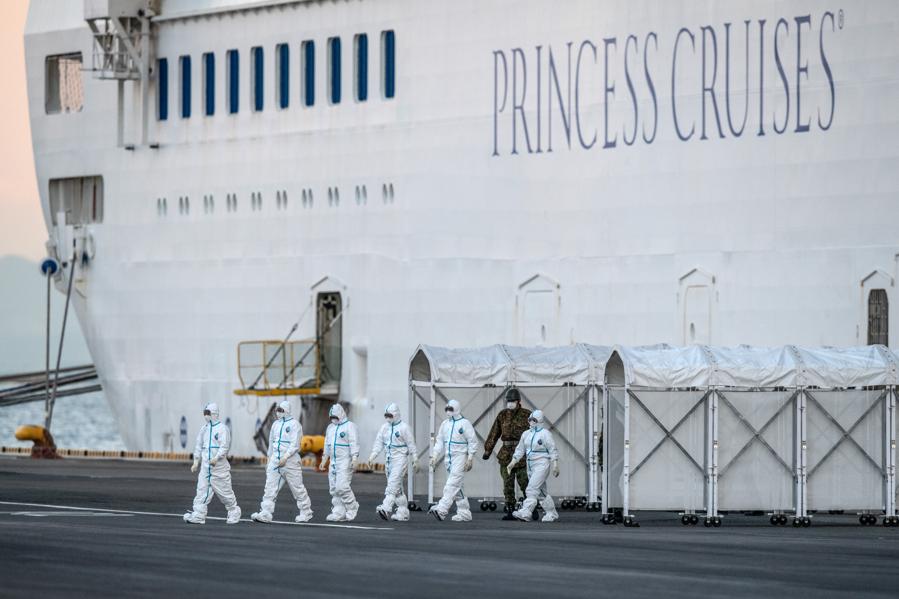 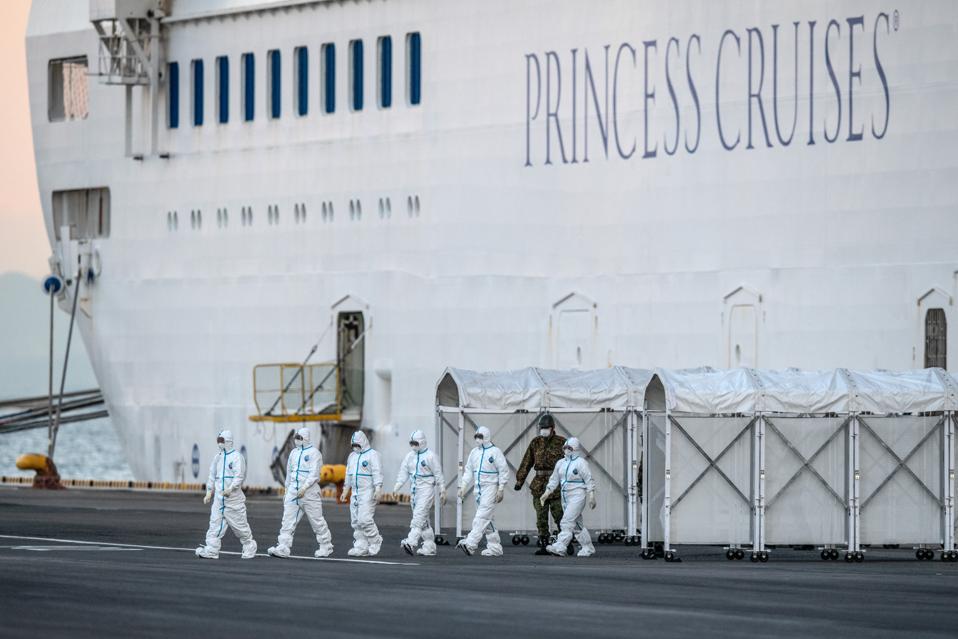 This story was updated at 9pm ET to include quotes from Dr Michael Mina and additional information about affected crew members on the Diamond Princess.

Japanese authorities have revealed a dramatic increase in the number of confirmed coronavirus cases among passengers of the quarantined cruise ship, the Diamond Princess. The ship has been anchored at the Japanese port of Yokohama in quarantine since February 5th after an 80 year old man from Hong Kong who was on the ship in January, was diagnosed with the virus.

Tests have shown that 136 of the 3,700 passengers and crew are now infected with coronavirus, with those affected being removed from the ship and taken to local hospitals for treatment. The number has sharply increased over the weekend with only 61 cases found as of Friday. Despite this, Japan’s Chief Cabinet Secretary Yoshihide Suga was reported as saying there were currently no plans to test all people on the ship for coronavirus.

“136 people of 439 tested positive, which is 1 in 3 almost. That’s a crazy high number,” said Eric Feigl-Ding, PhD, an epidemiologist, health economist and visiting scientist at the Harvard T.H. Chan School of Public Health at Harvard University.

Many have questioned the rationale of keeping the passengers in quarantine on the ship and with this substantial increase in new cases, and with the news that the virus may live for several days on surfaces, more experts are urging a change in tactics to protect the remaining passengers on the ship who are currently showing no signs of coronavirus infection.

“I think now we know that it is spreading this much and they have 66 new cases overnight, they need to get everyone off of this boat. I think the virus is potentially everywhere in the ship,” said Feigl-Ding.

Possibly more worrying is the news that 10 crew members are among the 130 cases of coronavirus.

“This is extremely troubling. From an infectious disease perspective, it is one thing to keep individuals in their rooms and under quarantine in the absence of clear avenues of further transmission,” said Michael Mina, an infectious disease scientist and physician at Harvard School of Public Health and Brigham and Women’s Hospital & Harvard Medical School. “In that situation, the expectation is that quarantine in the rooms can serve to help to protect the passengers from becoming infected and can help those who are infected from infecting others, outside of their cabin,” he added.

There have been reports that passengers in internal cabins with no windows are allowed out onto deck in small numbers for around 90 minutes at a time, but other than that, are confined to their cabins.

“By enforcing that the crew and passengers remain onboard while crew members are known to be infected necessarily places the crew (as well as the passengers) in what I would consider to be an absolutely unacceptable amount of risk,” said Mina.

Over 1,000 crew members are on board the ship, with many continuing to fulfill their duties to the passengers, including cooking and serving meals.

“Unlike the passengers, the crew do not have their own rooms. They are now placed in a situation where the virus will spread easily among them. This places these individuals in a very tough, risky, and frankly unacceptable position. Additionally, with crew members who may be infected also responsible for the cleaning, cooking and serving of food to the passengers, this begins to place a new amount of risk on the passengers themselves – largely disassembling the quarantine,” said Mina.

What will happen to the people on the ship if the quarantine carries on in its current form?

“I predict if they stay on the ship, the number of cases will keep rising for a while. They haven’t been testing everyone, they’ve been testing the closest associates of those infected. So, the number of confirmed cases has doubled, but so has the number of people these people have interacted with. It’s a boat that no-one wants. For the betterment of the people on the ship they should get them off, but for Japan they should keep them on. It’s a ‘not in my backyard’ situation,” said Feigl-Ding.

So what can be done to help the remaining passengers and crew on the ship?

“They still need to be in quarantine. I would say the best thing to do is – someone needs to find a military base, move the ship into a navy port, and have a special facility to house these people more effectively than now,” said Feigl-Ding.

How practical this is, or how willing the Japanese government or cruise ship company are to facilitate this is not currently known. But it seems likely that if the quarantine tactics do not change, more cases will be found on board the ship.

Mina has advocated for a different approach which involves methodically evacuating passengers from the ship whilst still maintaining the quarantine and safety of those outside of the ship.

“I was trying to see their decision through the lens of the Japanese government – and I felt that they at least had a compelling argument to keep the quarantine on the boat for the safety of the city. Given the news of the 10 infected crew members, as an infectious disease epidemiologist and as a physician, I can no longer in good faith see this as the right decision,” said Mina.

Earlier on Monday, Indian members of the crew made a video on Facebook, pleading with the Indian government to evacuate them for their safety.

“The crew members should be entitled to remain free of this virus as much as any other member of society, as should the passengers. The government must become creative and figure out some way to safely remove the passengers and crew from the ship while maintaining a quarantine away from the city,” said Mina.