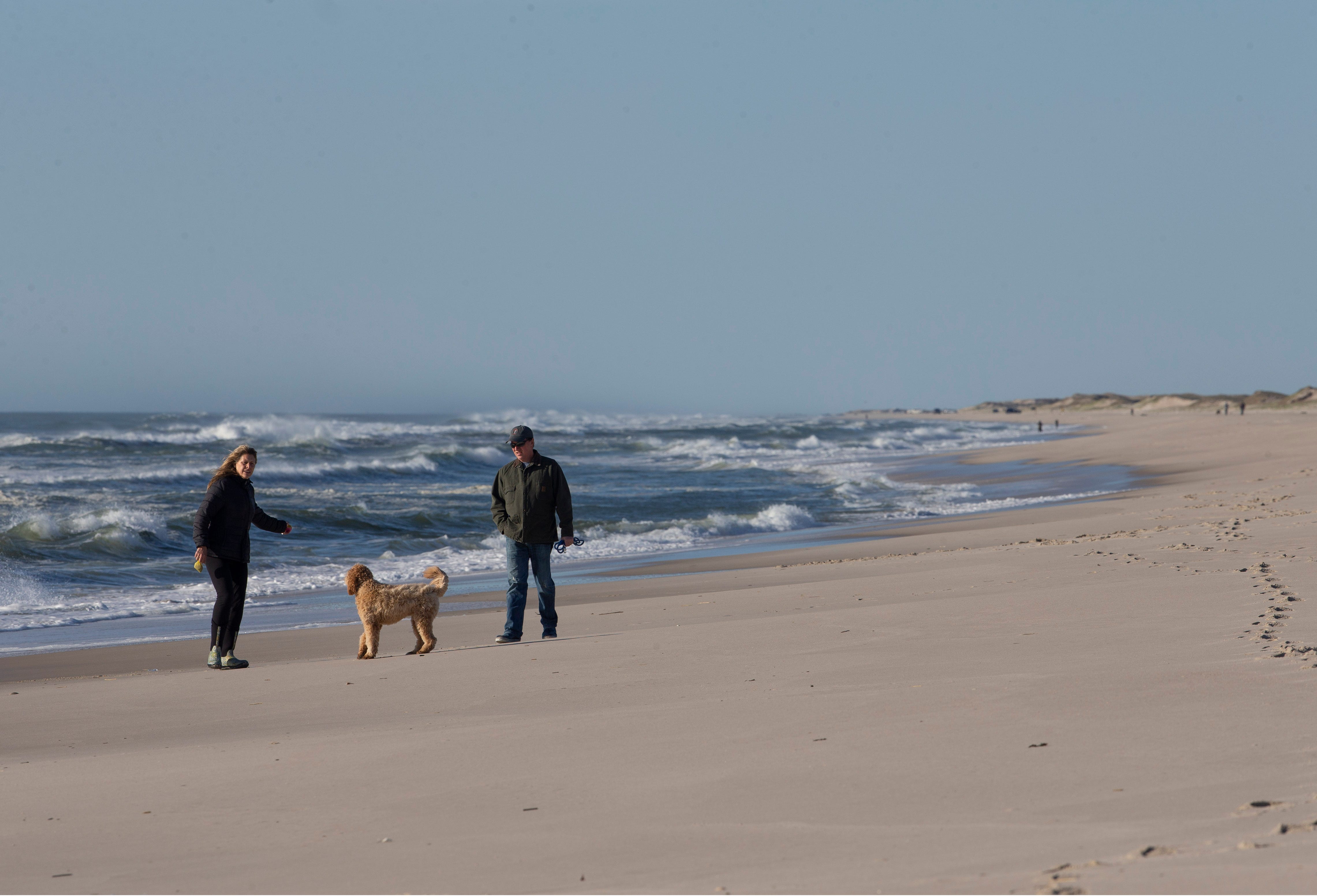 States across the country took steps this weekend to relax social distancing, particularly restrictions that were keeping people from exercising outdoors.

Access to beaches, parks, golf courses, boat ramps and more is on the rise across the country, even as leaders warn that restrictions could come back if coronavirus cases spike. These hints of normalcy come alongside grim reminders of the seriousness of the health crisis: the iconic Kentucky Derby has been rescheduled for the first time since World War II, possible therapies for the virus are still experimental, and the death toll continues to climb.

Our live blog is being updated throughout the day. Refresh for the latest news, and get updates in your inbox with The Daily Briefing.

Here are the most important developments of the day:

In other news: You may have heard about something called a “Murder Hornet” being spotted in the U.S. It’s real. You should not panic.

A question you might have: Are researchers working on ultraviolet light ‘treatment’ for COVID-19? Here’s our fact-check on the topic.

At least in some places, officials were pleased with results. In San Diego, where people can exercise on the beach but not linger, Mayor Kevin L. Faulconer praised residents for heeding safety restrictions that public health officials have credited at slowing the spread of the coronavirus.

But even as Newsom and others seek a cautious, phased reopening of the state, protesters don’t want to wait. In Huntington Beach, police estimated 2,500 to 3,000 people gathered for May Day on a beachside street. They waved American flags and held signs. Most of them wore no masks and didn’t practice social distancing.

A similar situation played out in various states on the East Coast on Saturday. State and county parks were allowed to reopen in New Jersey, and park-goer Lisa Hoffman was among those enjoying the reprieve: “I felt like I was let out of prison today,” Hoffman said. “If they have to do this slowly, I’m okay with that. But we need to move forward.”

The mayor of an Oklahoma city amended a face mask requirement Friday after businesses reported employees being physically threatened by patrons who didn’t want to wear masks.

According to the Stillwater News Press, Stillwater Mayor Will Joyce said the order had to be changed after just three hours.

“In the short time beginning on May 1, 2020, that face coverings have been required for entry into stores/restaurants, store employees have been threatened with physical violence and showered with verbal abuse,” Joyce said. “In addition, there has been one threat of violence using a firearm. This has occurred in three short hours and in the face of clear medical evidence that face coverings helps contain the spread of COVID-19.”

A Northern California city official was removed from office after posting on social media that in the face of the new coronavirus, the sick, old and homeless should be left to meet their “natural course.”

On Friday, the Antioch City Council voted unanimously to oust Ken Turnage II from his seat on the city planning commission after his Facebook post on “culling the herd” sparked outrage, according to NBC Bay Area reports.

The news outlet reports the now-removed post expounded on the ideas of herd mentality, before adding that in regard to homeless people, the virus would “fix what is a significant burden on our society and resources that can be used.”

Turnage defended himself at Friday’s meeting, questioning why he should face repercussions for expressing his opinion. City officials countered saying the post caused a loss in confidence and a disruption to the city, according to the Associated Press.

Florida deputies have arrested a man who had been living out his quarantine on a shuttered Disney World island.

Richard McGuire, 42, from Mobile, Alabama was arrested Thursday after camping on Walt Disney World’s Discovery Island, according to an arrest report obtained by USA TODAY. He was banned from all Disney properties and charged with a misdemeanor for trespassing.

According to the report, McGuire had been sleeping in one of the island’s buildings and referred to the property as a “tropical paradise.”

Disney’s Discovery Island, which was originally called “Treasure Island,” is located in Disney World’s Bay Lake but was closed to the public in 1999, according to Atlas Obscura.

Disney World has been closed since mid-March due to the new coronavirus.

More than 30 gravely ill patients who took part in an experimental treatment for COVID-19 at Houston Methodist Research Institute have recovered from the illness and have left the hospital, the physician overseeing the therapy said Friday.

“All of these people were very, very sick,” Dr. James A. Musser, chairman of the department of pathology and genomic medicine at Houston Methodist Hospital, said in a phone interview. “Many of them were on ventilators. That was the common theme.”

It cannot be said with certainty the treatment, in which plasma donated by people who had fully recovered from the illness caused by the coronavirus is injected into those still sick, was responsible for recoveries, Musser said. But it appears to be a hopeful sign, he added.

Experts are still seeking to determine the types of patients who appeared to have benefited from the therapy and the types who did not.

Ohio’s loosening of stay-at-home orders Friday represents Gov. Mike DeWine’s cautious approach, starting with an easing of rules for hospitals, dentists and veterinarians, followed Monday with the opening of construction and manufacturing. Retail and customer service shops will remain shuttered until May 12.

Meanwhile, to usher in the first of May, more than a dozen states – like Louisiana and Colorado – have allowed restaurants, stores or some other business to reopen, but under tight restrictions to keep people apart. Find the latest on your state here.