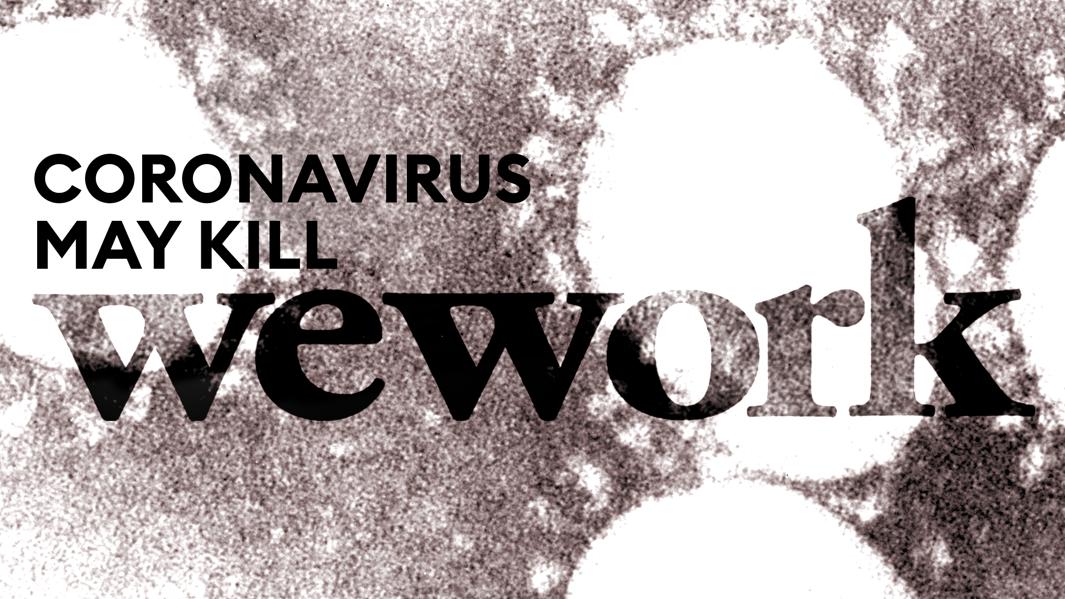 About a week ago, word spread among the tenants of WeWork’s shared office space in London’s Waterloo neighborhood that an employee who was potentially ill with Covid-19 had been working in the building. So WeWork did what it’s done at least seven other times at its locations ranging from Los Angeles to Denver to Seattle to Manhattan after similar diagnoses: It sent a cleaning crew to scrub the germs from the elevators, lobby and communal spaces so that office life could continue without too much disruption. A few days later tenants learned that a contractor who had worked in the building for two days had also been diagnosed.

While the office eventually reopened, there’s concern growing that WeWork itself could shut down for good. As work-from-home and social-distancing have, in the matter of one week, become standard corporate policy for most of the western world, the idea of “shared office space” seems akin to 2008 subprime mortgage. Now add in the fact that WeWork, one of the biggest operators of shared workspaces, with 739 locations and some 662,000 members worldwide, already emerged last year as a synonym for corporate dysfunction, greed and hubris. With WeWork’s patron, SoftBank, now backing away from a $3 billion deal to buy out shareholders, the workspace pioneer looks increasingly like a coronavirus fatality.

WeWork declined to respond to detailed questions about its finances and operations, and would not update its response to coronavirus beyond what’s on its website, which tracks full building closures only. Some steps to address the virus spread have been taken: It stopped providing breakfast and barista services. It suspended all events globally and, in China, discouraged visitors. Elsewhere, according to a WeWork spokesperson, offices are being cleaned more frequently. It is also permitting (but not requiring) its own employees worldwide to work from home. “Since the beginning of the coronavirus outbreak, WeWork has been closely monitoring the situation and ensuring measures are implemented in line with CDC, WHO and local government guidance to protect our employees and members around the world,” says a WeWork spokesperson.

But after speaking with tenants in New York, London, Washington, D.C., Santa Monica and Phoenix, all of whom report thin attendance, it’s clear that workers are avoiding WeWork like, well, the plague. “I think WeWork is potentially the worst place you can be during this pandemic,” says Chase Feiger, a serial entrepreneur and Under 30 alumnus whose latest venture RxDefine previously rented space in Dallas, Santa Monica and San Francisco from WeWork. A tech-consulting tenant in Brooklyn Heights estimated there were just eight people on a floor designed to hold 100 workers of small startups on Monday. 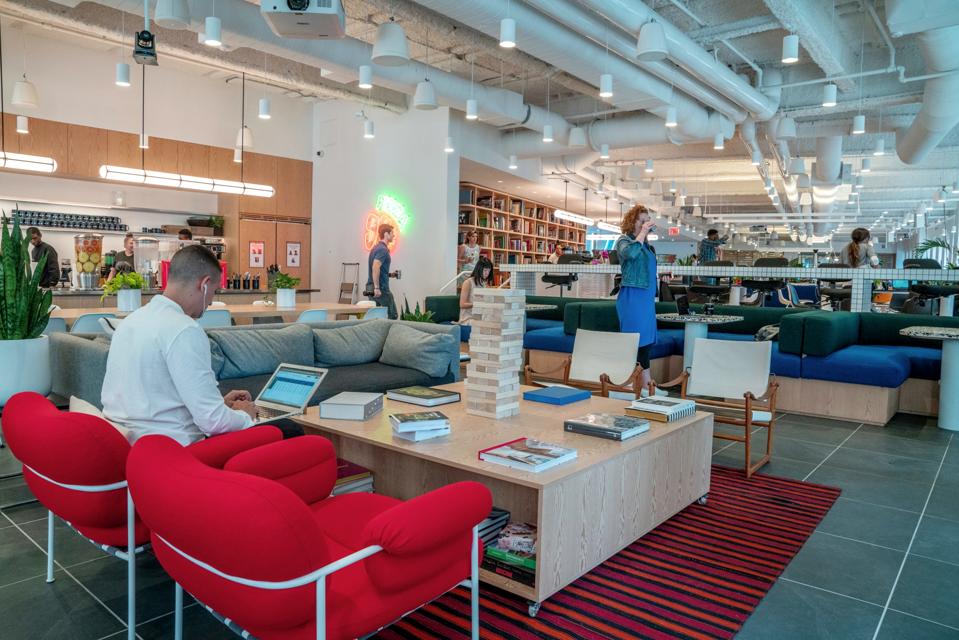 WeWork’s 85 Broad Street location is one of 58 in Manhattan that could be at risk of closure if the city asks residents to “shelter in place” because of the coronavirus.

“They needed this like a fat kid needs more cake,” says a former WeWork executive.

It’s a perfect storm aimed directly at WeWork’s achilles heel, which the company itself outlined in its S-1 filing ahead of its now-infamously aborted IPO attempt last year: its building leases are locked at 15 years on average. But its tenants have the option to sign month-to-month leases – and a full 28% roll that way, able to bail when dark clouds come, while many of the rest are on one-year deals. And that clear risk factor didn’t incorporate a pandemic, when milling near other groups of random people becomes a health hazard. “It is hard to imagine we are going to be here in a few weeks,” says a New York business owner, who asked to remain anonymous because he is hoping to get out of his $9,000 a month lease, which is up in May, a month early. “Are we any more at risk going to WeWork than going to my kid’s school? Probably not, but there is an optics component to it.” (According to the tenant, WeWork so far has not budged.)

“They did just take on a huge influx of cash,” says Jake Schwartz, cofounder and CEO of General Assembly, an education company that previously also did coworking and has long been critical of WeWork. “They probably didn’t want to spend it burning through a couple of months where people aren’t there and don’t pay their rent.”

Ah, the cash.  At its peak, in January 2019, WeWork was valued at $47 billion. Cofounder and CEO Adam Neumann spent money like a Roman emperor, whether flying 2,000 employees  from 15 countries to the English countryside for three days of partying and corporate presentations or spending $60 million on a luxurious Gulfstream G650.

When the company was on the rise, he was seen as visionary and charismatic. “Masa turns to me and asks, ‘In a fight who wins—the smart guy or the crazy guy?’” Neumann told Forbes for a 2017 cover story, referring to SoftBank’s Masayoshi Son.“I say, ‘Crazy guy,’ and he looks at me and says, ‘You are correct, but you and Miguel [McKelvey, WeWork’s other founder] are not crazy enough.’” By the time of his ouster in September, he was seen as a greedy, self-dealing buffoon, and the ensuing months have done little to dispute that.

According to WeWork’s securities filings before the non-IPO, it revealed it had lost $1.9 billion on revenue of $1.8 billion in 2018. Those losses have continued to expand, reaching $1.25 billion in just the third quarter of 2019, according to a report to debt holders. The first three quarters of last year, losses hit a whopping $2.6 billion on revenue of $2.4 billion. WeWork has not released financial information since. However, its lenders appear to have become increasingly skittish about whether the company can repay the $675 million it borrowed in April 2018. WeWork’s bonds traded at a distressed price of 65 cents on the dollar on Friday, according to CapIQ, a level typically reserved for companies at risk of defaulting on interest payments and possibly heading for bankruptcy.

SoftBank backed away from part of its planned bailout, telling shareholders on Tuesday that it would not complete a deal to purchase $3 billion worth of WeWork shares from existing investors, including Neumann. Its pullback may also delay indefinitely $5 billion in new debt it was promised after the buyout went through; it does not affect the $5 billion it promised to WeWork last fall, well before the coronavirus wreaked havoc on their business model. SoftBank declined to comment, but one person with knowledge of the situation said it was because WeWork had indeed failed to meet the conditions of the deal due to regulatory probes and other issues. It could simply be a negotiating ploy by Softbank to lower the price of the deal or to delay it while markets are so unstable.

WeWork has been keeping afloat now largely thanks to bailouts and asset sales. In October,  it received $5 billion from SoftBank. It has since laid off more than 2,400 people (with reports of more to come), and has been selling off pieces of its business at huge losses, including workplace technology startup Managed by Q and a 23% stake in The Wing. In March, it reportedly reached a deal to sell the famed Lord & Taylor building in New York to Amazon for $1.15 billion, likely taking a nine-digit loss. 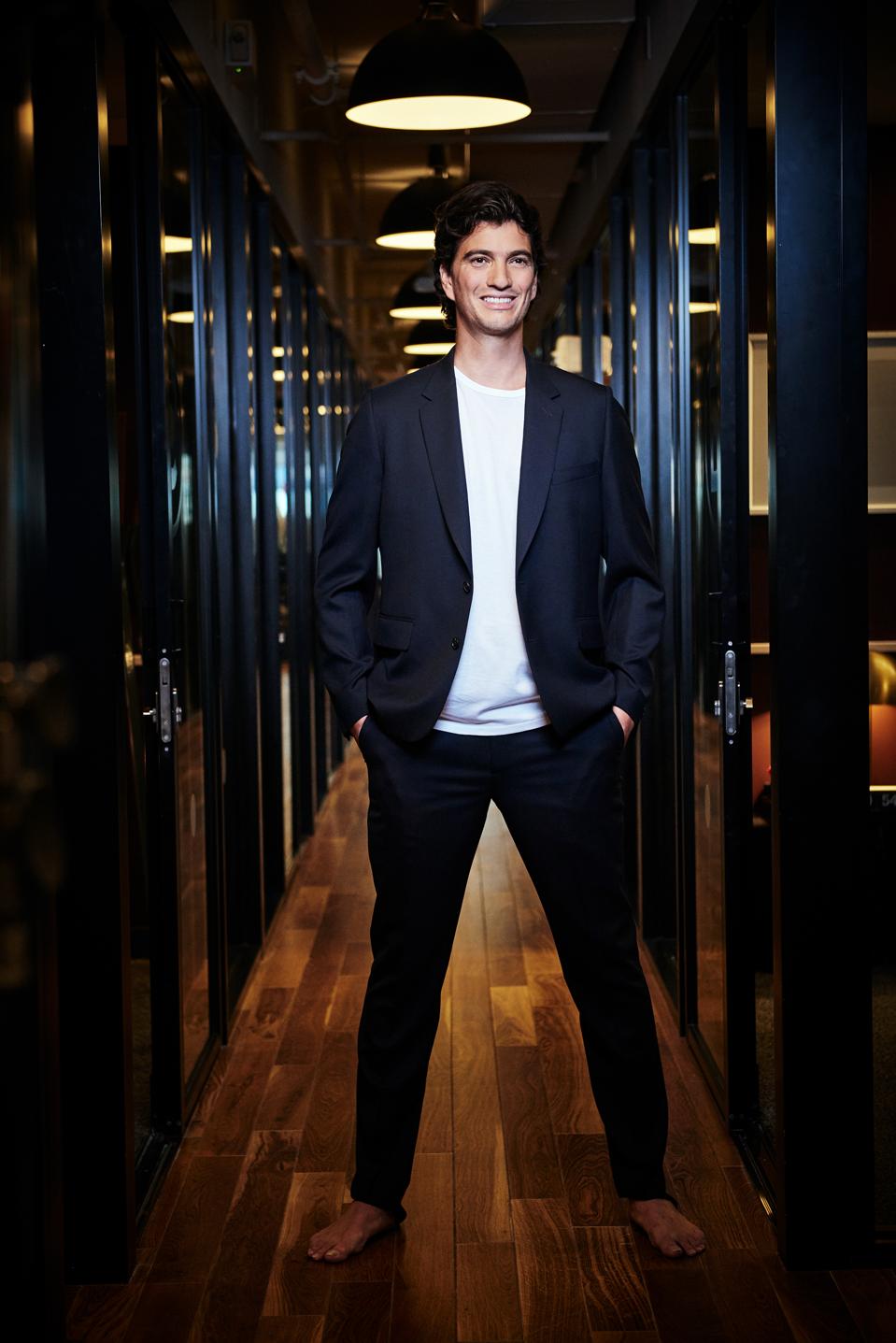 WeWork cofounder Adam Neumann, who was forced out in September 2019, likely won’t get his nearly $1 billion payout from SoftBank.

Even in the best of times, WeWork’s communal kitchens were more like a dorm than a restaurant, something that was a draw in boom times but is decidedly not as the pandemic worsens. Will Hailer, a partner at political ad agency eStreet, who works from a WeWork in Washington D.C., says he hasn’t seen an increase in cleaning or in safeguards like hand sanitizer. “The most disgusting thing, literally, is you’re going to get your cold brew and you put your metal cup in the ice machine, and you think to yourself, ‘200 peoples’ hands have been in this ice machine today.’” While Hailer says he likes being in a coworking space, he’s so disillusioned with WeWork that he’s sussing out other options and figures he’ll only stay beyond his current lease if WeWork offers him a deal.

Across the country, in Santa Monica, by week’s end fewer workers were packed into the communal office space. The founders of Path, an addiction-treatment startup, told its six employees to start working from home last Tuesday. Cofounder and CEO Josh Bruno is planning for the remote-working arrangement to last for three months. So far, the company is keeping its annual lease, which runs some $5,000 a month, and Bruno has no plans to cut bait. But cofounder Gabe Diop says that even if Path stays, other startups may go. “I know some other founders were already thinking about leaving as they were getting bigger. That’s the cost analysis you have to do,” he says. “I think this could push some founders out sooner.”

As yet, no U.S. cities have required WeWork or other coworking spaces to shutter, however in the San Francisco Bay Area (where WeWork has 27 locations) government restrictions now require residents to “shelter in place” and non-essential businesses to shut down. As Covid-19 cases spread and governments fight to flatten the curve of transmission, additional WeWork spaces and other office buildings could be mandated to close. Some of its competitors are volunteering to do so. The Wing announced Friday all its 11 locations would be closed until at least the end of March. 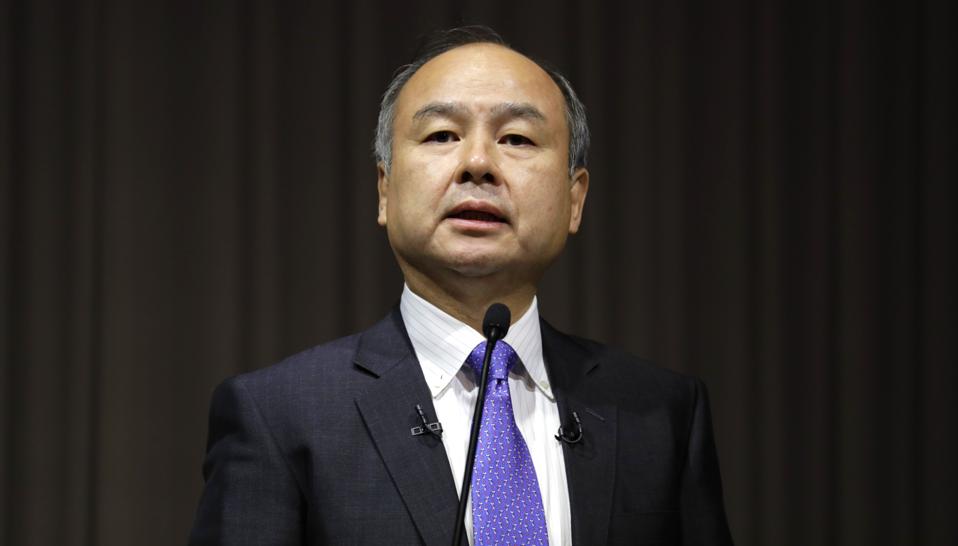 SoftBank’s Masayoshi Son: The Japanese investor, worth $18 billion, blew it with WeWork.

There may be a bit of a buffer for the New York-based company from its push into the corporate market, which represents 40% of tenants and one-third of revenue, as the coronavirus renews interest in catastrophe planning. Goldman Sachs, for example, has a full floor of a WeWork building in London reserved and set up for emergency use, though the bank is not currently using that space. “It’s sort of the prepper mentality,” says Joe Brady, CEO Americas of the Instant Group, a broker and manager of flexible space who is currently working with two dozen companies in search of extra desks due to coronavirus. “You look silly doing it, but once the zombie apocalypse happens it’s nice to have your bunker.” But big questions for WeWork remain about how many of these big tenants it can continue to lure, and whether it will have to offer substantial rent cuts to get them.

“We are going to be thrown into a period of complete disruption,” says Laura Kozelouzek, CEO and founder of Quest Workspaces, a smaller WeWork competitor, who has been in the shared-space market for 30 years. “If a coworking company was barely making ends meet pre-coronavirus, they are not going to have the ability to work with their clients to assure their success.”