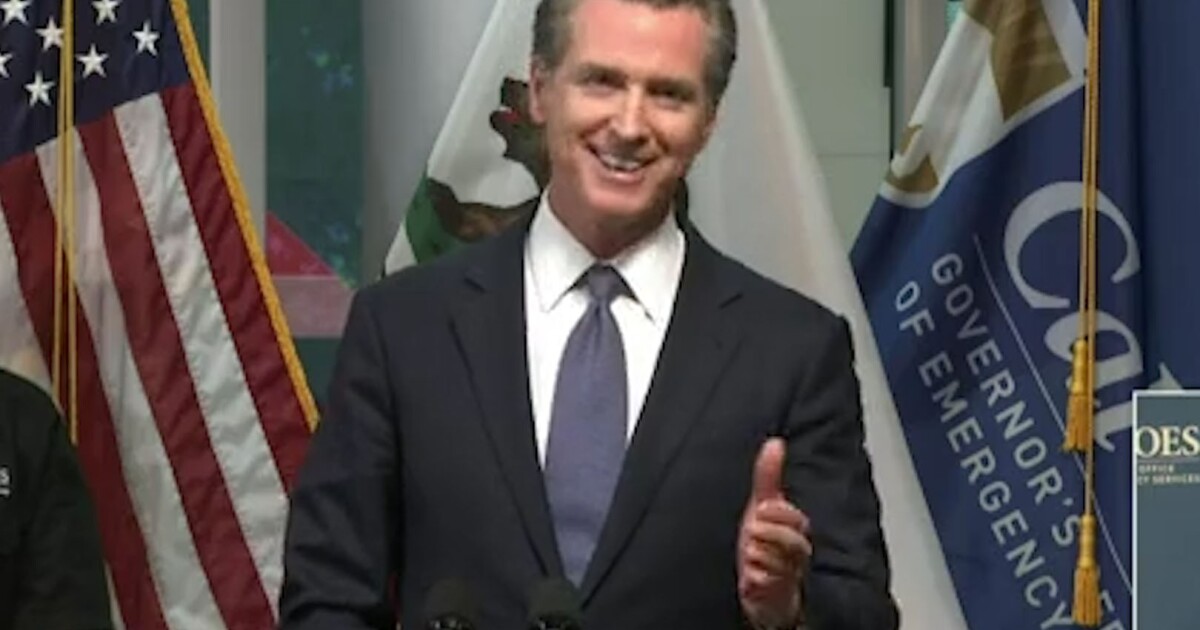 Gov. Gavin Newsom on Thursday ordered Californians to stay at home, marking the first mandatory restrictions placed on the lives of all 40 million residents in the state’s fight against the novel coronavirus.

The governor’s action comes at a critical time in California, where 19 people have died and at least 1,000 have tested positive for the disease, and it appeared to be the most far-reaching directive of any issued by states battling the epidemic.

No time frame was set for when the order would end. It was unclear exactly how far the order would reach in communities where some operations, such as schools, have not been closed down.

Officials hope telling people to stay home and restrict social interactions will slow the spread of the virus and ultimately prevent hospitals from being overrun with sick patients. The demand of all residents to stay at home marks the strongest escalation of the Newsom administration’s response to the virus and an unprecedented action in modern California history.

“A state as large as ours, a nation-state, is many parts, but at the end of the day, we’re one body. There’s a mutuality, there’s a recognition of our interdependence that requires of this moment that we direct a statewide order for people to stay at home,” Newsom said. “That directive goes into force and effect this evening and we are confident that the people of the state of California will abide by it, will do the right thing.”

Those who don’t abide by the order, administration officials said, could be subject to a misdemeanor.

The city of Los Angeles issued it own restrictive order, requiring all nonessential businesses to close, with companies able to operate only through work-at-home arrangements. The order also bans all public gatherings of any size outside homes.

“All businesses, including museums, malls, retail stores, for-profit companies and nonprofit organizations, must stop operations that require workers to be present in person,” Mayor Eric Garcetti said. “No public and private gatherings of any size that would occur outside of a single home will be allowed, with clear exceptions.”

Garcetti said residents should leave home only for essential activities and needs, including getting food; caring for a relative, friend or child; getting necessary healthcare; or going for a walk in the neighborhood.

The extraordinary action comes as Newsom offered a grim projection about the toll the novel coronavirus might take on California. He asked Congress on Thursday for $1 billion in federal funds to support the state’s medical response to COVID-19, which he said he expects will infect more than half of all Californians.

The state projects that 25.5 million people in California will be infected over an eight-week period, Newsom said in a letter sent to President Trump on Wednesday requesting the deployment of the U.S. Navy’s Mercy hospital ship to the Port of Los Angeles through Sept. 1.

In a separate letter sent to the leaders of the U.S. Senate and House of Representatives, Newsom said the financial aid is crucial to the state’s ability to procure ventilators and other medical supplies, activate state-run hospitals, deploy mobile hospitals and meet other healthcare needs.

“The economic disruption caused by this public health crisis will have immediate and devastating effects on our entire country, including too many families in California,” Newsom wrote. “The magnitude of this crisis is extraordinary and federal-state-local government coordination will be more critical than ever before.”

The governor’s office declined to provide to The Times an explanation of the state’s projection that 25.5 million Californians will be infected with this virus. Instead, a spokesman for the governor said the state’s mitigation efforts could lower that estimate.

“Gov. Newsom has been honest about the threat of the virus and its impact on the health and welfare of Californians,” said Nathan Click, a spokesman for Newsom. “This projection shows why it’s so critical that Californians take action to slow the spread of the disease — and those mitigation efforts aren’t taken into account in those numbers. The state is deploying every resource at its disposal to meet this challenge, and we continue to ask for the federal government’s assistance in this fight.”

“That’s just one scenario plan. There’s others that are more modest. Some may, some cases [may] be more extreme,” Newsom said. “When you’re looking at getting an additional [19,000] to 20,000 beds in your system, you have to look at your existing surge capacity within the healthcare delivery system, and you have to look at procuring additional assets.”

The governor’s secretary of health and human services, Dr. Mark Ghaly, offered only a brief explanation Thursday of the methodology that went into the state’s projection of 25.5 million infected Californians, saying it was arrived at in consultation with the U.S. Centers for Disease Control and Prevention and was developed a few weeks ago.

“We feel like we are well prepared because of that planning,” Ghaly said.

The tens of millions of COVID-19 cases the Newsom administration is modeling represent an exponentially faster rate of spread than has been seen in other countries. Worldwide, there are about 245,000 confirmed cases of coronavirus infections since the outbreak began late last year.

Though testing in California and the United States is still in its beginning phases, reaching 25.5 million positives in eight weeks would exceed even Italy’s rate of infection, where about 600 people per each 1 million have tested positive, though that rate is still in flux.

Dr. Karen Smith, a communicable disease expert and former director of the California Department of Public Health, said it’s difficult to determine how many people will be infected with the virus that causes COVID-19 because so much remains unknown about the novel coronavirus.

But Smith, who is advising the response to the pandemic in Santa Clara and Mendocino counties, said the virus is spreading so rapidly that it’s time for Newsom to mandate statewide closures of businesses that go beyond actions some counties have taken.

Before Thursday, Newsom had recommended that bars, restaurant dining rooms and other businesses shutter and left legal orders up to the discretion of county officials, who he has argued are in the best position to determine the appropriate response in their communities.

Smith said the patchwork approach no longer works at this stage in the fight against the virus.

She said even some counties that have adopted mandatory closures are allowing too many types of businesses to stay open. Absent mandatory requirements, she said, residents aren’t taking recommendations seriously enough.

“One way to get their attention is to mandate that all of those businesses close and they stay home,” Smith said. “It’s hard and it’s going to hurt people and it’s going to hurt our most vulnerable people a lot, but so will not doing anything. This is unprecedented, and it takes a long time for people to really get it.”

The governor’s request for additional federal funds came three days after lawmakers at the state Capitol approved a plan to spend as much as $1 billion on the state’s emergency medical response to the pandemic in anticipation of a surge in sick patients.

Newsom’s letter to Congress called for support for small businesses, including rental assistance, zero-interest loans and direct cash assistance, and the creation of a new U.S. Treasury Authority to provide guaranteed loans.

With many schools closed across the state and teachers struggling to implement online and alternative learning programs, the governor also asked for an expansion of technology investments for schools, an increase in Title I funding for schools with a high concentration of poverty, broadband internet upgrades, grants for teachers to adapt to digital-age instruction and more money for the U.S. Department of Agriculture Child Nutrition Programs.

“The challenges we face as elected leaders in this crisis are immense,” Newsom wrote. “Working together, I am confident that we can meet this moment and take the necessary and immediate steps to address our economic and societal needs as we continue to address — and begin to recover from — this unprecedented crisis.”