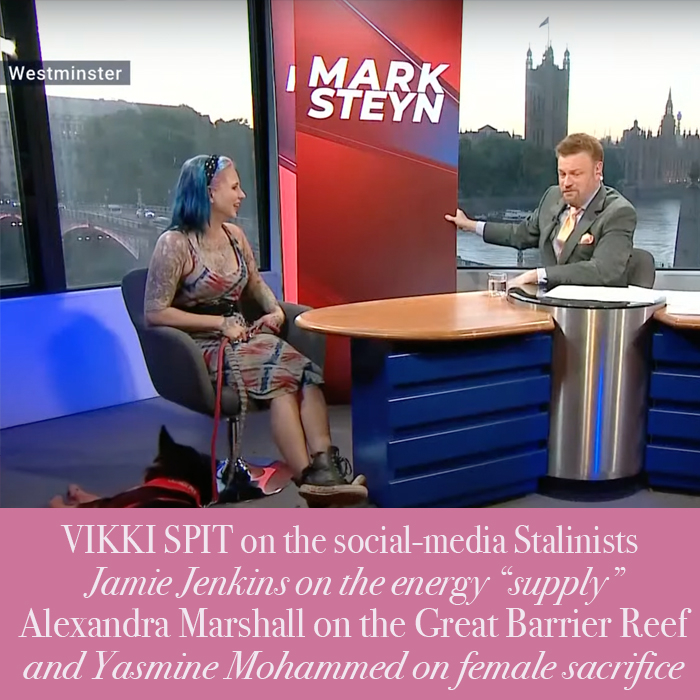 Thank you to all who dial up The Mark Steyn Show on GB News every night. On Tuesday night Mark trounced Piers Morgan Uncensored and came within 2,000 viewers of the Beeb, which isn’t too shabby.

Wednesday’s Steyn Show included a first: The set collapsing and heading straight for Vikki Spit. Fortunately Mark caught it in time, as you can see at right.

Things that once seemed fluffy and harmless – such as “Net Zero” – are turning very real for ordinary citizens all over the west, to the point where your utilities bill will soon be consuming 15 per cent of disposable income. Steyn chewed it over with stats man Jamie Jenkins and Alexandra Marshall from Down Under.

Next up was Vikki, the first “vaccine widow” to appear on Mark’s show some months back and, soon afterwards, the first of those injured or bereaved by the vaccine to receive recognition and compensation from the government. We rounded out the hour with Yasmine Mohammed on the particular psychology of Muslim men who prey on infidel women.

All that plus your comments and questions in real time along the way. Click below to watch the full hour: