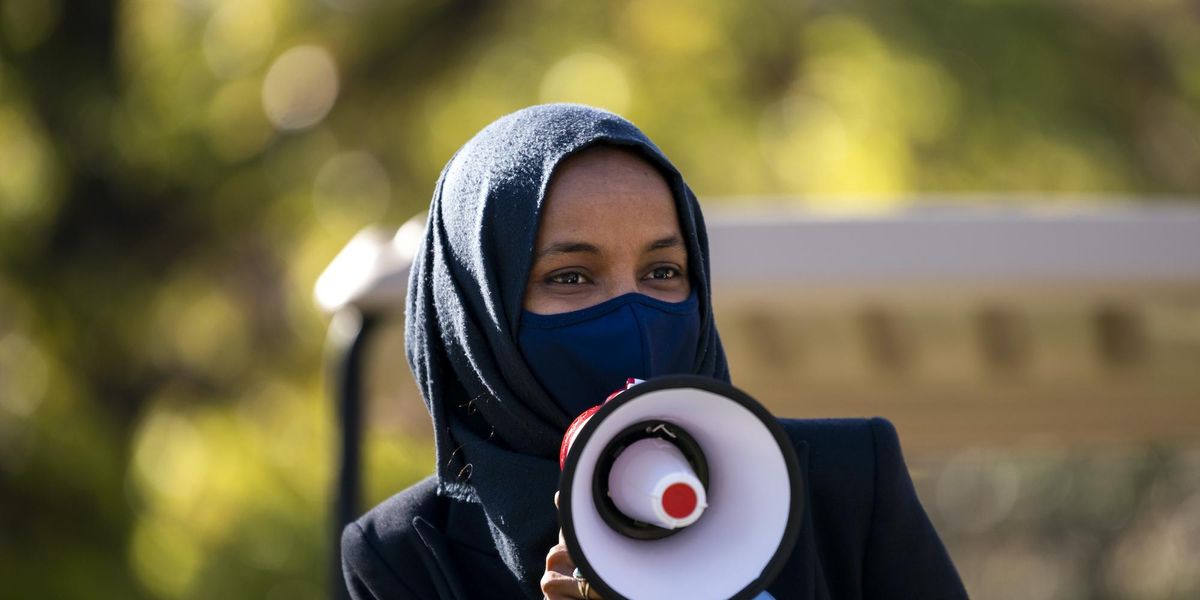 Local and state officials imposed a curfew Monday on Minneapolis in order to prevent violence from possible protests over a police shooting, but Rep. Ilhan Omar (D-Minn.) said she obtained an exemption for Muslims observing Ramadan.

Tensions arose quickly after 20-year-old Daunte Wright died from a police shooting Sunday afternoon in nearby Brooklyn Center. Minneapolis Mayor Jacob Frey said Monday that he had declared a state of emergency and announced a curfew of 7 p.m.

Almost immediately, Omar, who is also a Muslim, complained that the curfew might interfere with other Muslims trying to observe the first day of Ramadan.

My office reached out to the Minneapolis Mayor and Governor’s offices to urge them to include an exemption to the c… https://t.co/rzThIRfrSc

“My office reached out to the Minneapolis Mayor and Governor’s offices to urge them to include an exemption to the curfew this evening for travel to and from Ramadan activities/prayer services,” Omar tweeted.

“The Governor’s Executive Order was just announced with that exemption so that folks are able to observe the first night of Taraweeh this evening without fear of arrest,” she added in a second tweet.

Wright had been pulled over by police who discovered that he had an outstanding arrest warrant. When they attempted to arrest him, he broke loose and jumped back into his vehicle. An officer shot him as he tried to drive away. Wright was able to drive away, but then later crashed into another vehicle. Wright died at the scene.

Police told reporters on Monday that the officer who shot and killed Wright believed that she was holding a Taser and not a gun. The police released the bodycam video that showed the officer yelling, “Taser! Taser! Taser!” before she shot.

Some complained to Omar that it was unfair to allow Muslims to avoid the curfew while others were not allowed to protest against the police.

The death of Wright increased tensions already at a height over the trial of Derek Chauvin, the former Minneapolis police officer who kneeled on the neck of George Floyd who died in police custody.

Here’s more about the unrest in the Minneapolis area:

News DSMW - September 16, 2021
0
The Federal Aviation Administration has placed a two-week flight restriction along a bridge at the southern border inundated with thousands of illegal immigrants, which prevents reporters from flying drones to document the crisis. ...