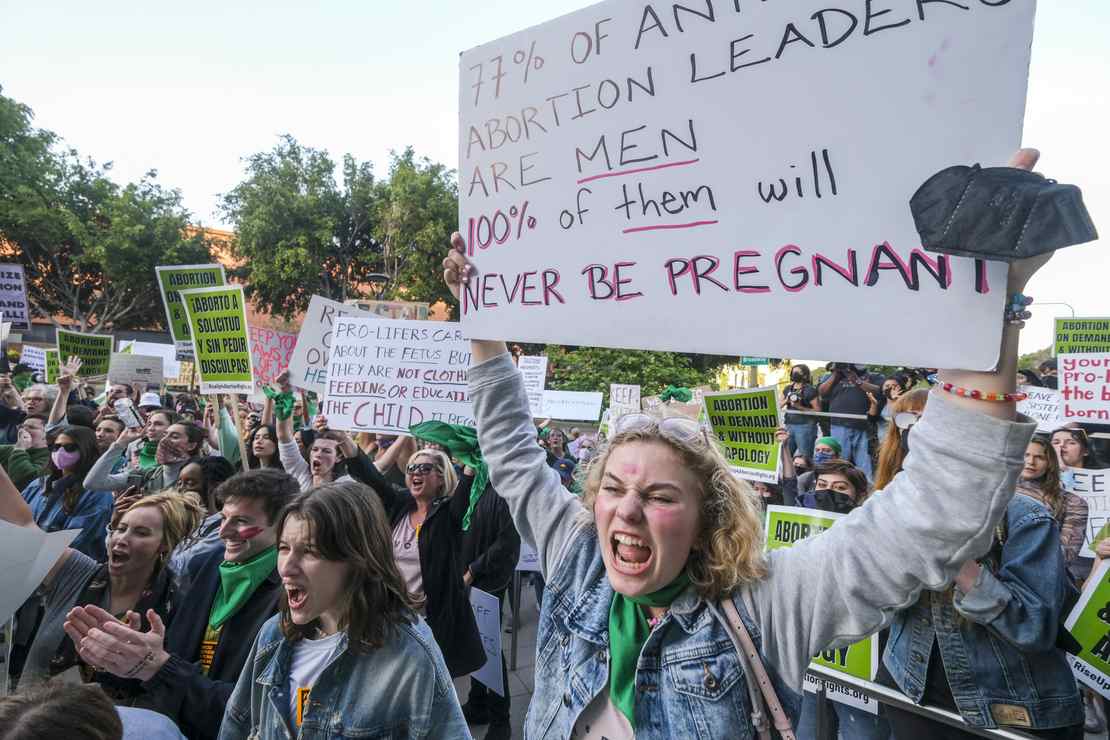 Tonight’s forecast: Angry with a chance of “fiery-ness.”

National Press Club building is boarding up windows ahead of threatened ‘night of rage’ after Supreme Court abortion ruling pic.twitter.com/VFXxyPFasc

Photo from a friend- Downtown DC businesses boarding up their windows. pic.twitter.com/TlLKbLrgOH

Let me remind you that the terrorist(s) known as Jane’s Revenge explicitly called for violence on the evening the Dobbs decision was handed down in a statement posted last month. Title: “Night of Rage.”

We need the state to feel our full wrath.

We need to express this madness fully and with ferocity. We need to quit containing ourselves.

We need them to be afraid of us…

On the night the final ruling is issued——a specific date we cannot yet predict, but we know is arriving imminently——we are asking for courageous hearts to come out after dark.

Whoever you are and wherever you are, we are asking for you to do what you can to make your anger known.

We have selected a time of 8pm for actions nationwide to begin, but know that this is a general guideline…

To those who work to oppress us: If abortion isn’t safe, you aren’t either. We are everywhere.

Allegedly, protesters outside the Court this afternoon were circulating Clarence Thomas’s home address:

I can’t imagine that any of the justices will be at their lightly guarded residences tonight but that doesn’t excuse these droogs from trying to intimidate them at their homes.

Incitement is happening online too, of course. Enlarge the images here:

The @GayWonk has used Twitter to unveil his plan of action today in response to the Court’s ruling in Dobbs. pic.twitter.com/bymOF3tOLT

“Violence is a legitimate and appropriate response to oppression.”

Some of the rhetoric from lefty politicians today has also been spicy. Not “burn down the Supreme Court” spicy or “break down Clarence Thomas’s door” spicy, but delegitimizing the Court and winking at disobedience of the ruling. Here’s one well-known member of the “party of norms” not worrying much about respect for the Court as an institution:

BREAKING: Congresswoman @AOC has arrived in front of the Supreme Court and is chanting that the Supreme Court’s decision to overturn Roe v Wade is “illegitimate” and calls for people to get “into the streets” | @TPUSA pic.twitter.com/jNkCYDrLtz

And here’s the lieutenant governor of California talking vaguely about “defiance,” enough so that a confused Katy Tur felt obliged to ask her if she was encouraging lawbreaking. No, came the reply, although the follow-up was vague:

Democrat Rep. Maxine Waters calls for pro-abortion extremists to “fight”: “The hell with the Supreme Court! We will defy them!”

“You ain’t seen nothin’ yet.” pic.twitter.com/T35haOT6Dr

There was only one Democrat I saw this afternoon who took care to stress that protests should remain fully peaceful, not just mostly peaceful. Fortunately, it was the guy with the biggest megaphone:

Biden urges non-violent action in the wake of the Roe decision:

He then says: “I hear you, I support you, I stand with you.” pic.twitter.com/J83tVWKQa4

Rioters and domestic terrorists can be trusted to take Biden’s warning to heart, no?

Ah, well. At least he tried.

I’ll leave you with this clip featuring your favorite RINO from “The View,” Ana Navarro. She’s perilously close here to suggesting that her disabled relatives should have been aborted. We all deal with trauma differently, I guess.

GHOULISH: CNN’s faux “Republican” commentator and View co-host Ana Navarro cities her mentally handicapped brother, her STEP-grandaughter with Downs Syndrome, and her autistic STEP-grandson as reasons to have babies killed by abortionists.
What about their bodies and lives Ana? pic.twitter.com/N9M0mFaMDu