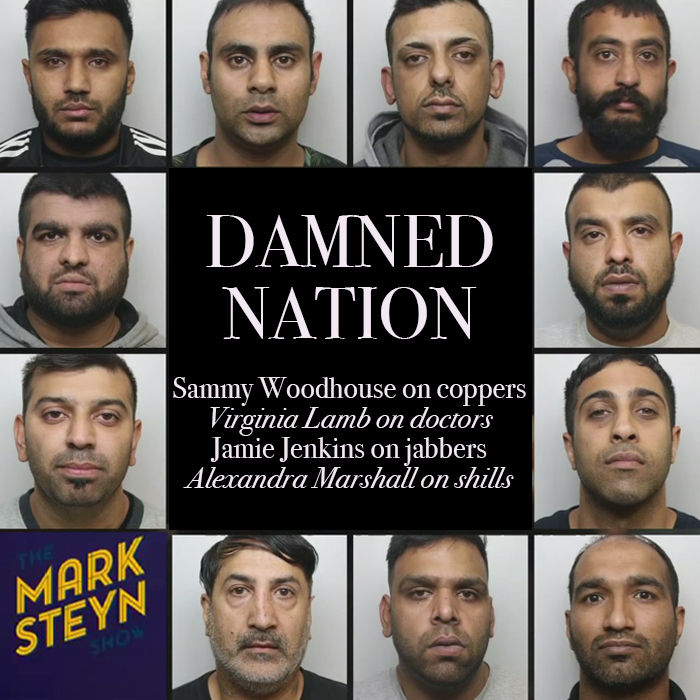 Thank you to all who dial up The Mark Steyn Show on GB News every night. Mark is building quite a following, and on Tuesday decisively beat Piers Morgan, despite all the bus sides Mr Murdoch has bought him.

Next up was some more good news for those whose lives have been ruined the Covid vaccines. A second Steyn Show guest will be the second person to receive compensation:

That would be Joe Ward, who was on with Mark last Thursday.

Steyn isn’t going to let up on this: his next guest was another vaccine victim, Virginia Lamb, who got the shot and was then diagnosed with Guillain-Barré Syndrome, a once rare disease now suddenly very common, including in the very hospital Virginia was being treated in.

Jamie Jenkins, former head of health stats at the Office for National Statistics, took a prowl around the actual numbers, and Alexandra Marshall rounded out the hour with the strangely selective outrage of the eco-activists.

All that plus Biden’s next pandemic, the return of polio, jabbed babies, and your comments and questions in real time along the way. Click below to watch: