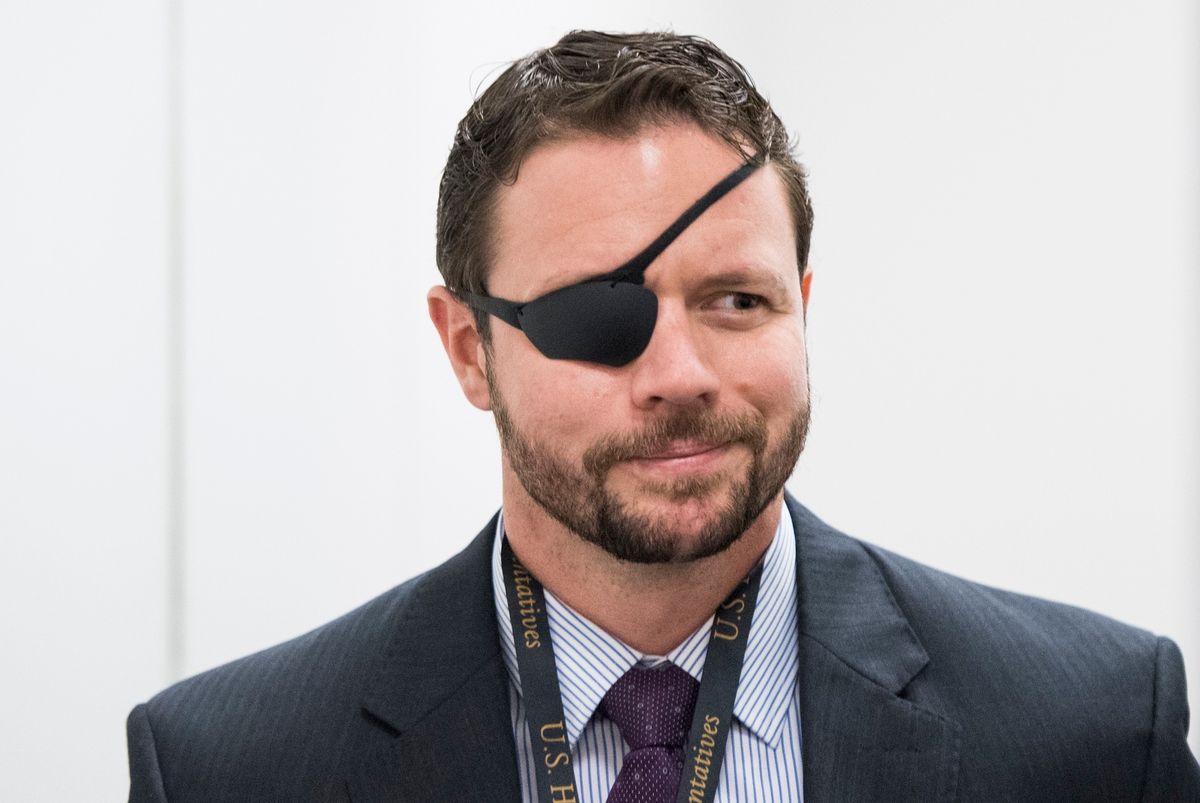 Rep. Dan Crenshaw (R-Texas) did not let Democratic presidential candidate Sen. Bernie Sanders (I-Vt.) get away with touting the radical Green New Deal on Thursday, by simply asking the self-described democratic socialist why he did not vote for the measure when he had the opportunity.

Sanders tweeted, “I make no apologies for proposing the boldest and most aggressive climate proposal with our Green New Deal. This is a climate emergency.”

“Then why didn’t you vote ‘YES’ for the Green New Deal when it came to the Senate Floor?” Crenshaw replied. “Maybe because it’s not a plan. Or a good deal. Or even ‘Green.’ It’s a 3rd grade science project that isn’t based in science or engineering.”

Crenshaw went on to promote his own new climate plan, adding, “Care about reducing emissions? #NewEnergyFrontier.”

The widely-mocked Green New Deal was authored by Sanders supporter and fellow democratic socialist Rep. Alexandria Ocasio-Cortez (D-N.Y.) and Sen. Ed Markey (D-Mass.) early last year, and was hailed by Democrats despite its vague language and pie-in-the-sky social agenda as part of the plan to retrofit every building in the United States and overhaul the economy to the tune of tens of trillions of dollars.

Senate Majority Leader Mitch McConnell outraged Democrats by calling their bluff and holding a vote on the measure in the upper chamber in March of 2019. Not a single member of the Senate voted in favor of the proposal, and 43 Democrats — including Sanders — voted “present.”

Yet, today, Sanders touts the Green New Deal on his presidential campaign website, promising that, if elected, he will “generate the political will necessary for a wholesale transformation of our society,” do away with fossil fuels and guarantee the industry’s workers five years of their “current salary… as well as early retirement support for those who choose it or can no longer work,” and will replace current energy sources with renewable industries that “will be publicly owned.”

What does Crenshaw propose?

This week, Rep. Crenshaw introduced what he calls the “New Energy Frontier,” a plan focused on carbon capture and “turning CO2 and other greenhouse gasses into valuable commodities.”

“It’s time to stop offering the American people the false choice of inaction or economy-crushing regulation when it comes to climate change,” the congressman said in a press release. “Texas is already leading the way in carbon capture and my legislation will simply allow this innovation to take off across the country, so we can market this technology to the world.

“The New Energy Frontier will help power the American economy in a cleaner way and is based on a bedrock environmental principle: recycling waste into a useful commodity.”