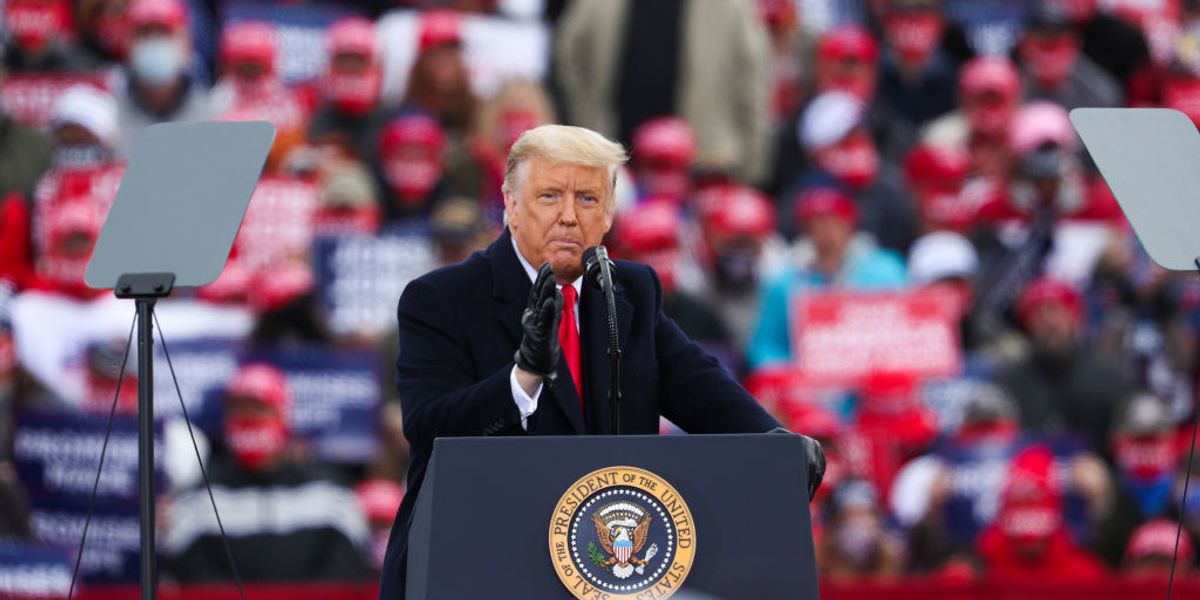 After election odds swung heavily in Democratic nominee Joe Biden’s favor overnight as Wisconsin and Michigan shifted blue, the Trump campaign insisted Wednesday morning they are still on pace to win re-election by notching surprise wins in Arizona and Nevada.

Politico White House reporter Gabby Orr relayed some of the campaign’s touted statistics that show Trump narrowly pulling ahead in Arizona and Nevada and maintaining Pennsylvania.

The campaign’s insistence was somewhat of a surprise since Arizona was called for Biden by Fox News on Tuesday night and then later Wednesday morning by the Associated Press. As for Nevada, Trump currently trails Biden narrowly, and it is presumed that the remaining absentee votes left to be counted will favor the former vice president.

Nevertheless, the campaign said their math is forecasting late-breaking wins in both states. Such a feat would be a major boost to Trump’s re-election odds.

“[In Arizona], we know that a final batch of mail-in ballots is being counted. We know that these ballots are counted sequentially, meaning that late-arriving votes or ballots cast closest to Election Day are the ones being counted now. We know and expect that about a half-million votes are left to be counted,” Stepien said. “And based on the math that we have been seeing as these late-arriving ballots are counted, anywhere from two-thirds to 70 percent of these votes are coming to the president, that math adds up to a margin of around 30,000 in the president’s favor.”

The Arizona Republic agreed with the Trump campaign’s claims Wednesday, estimating that about 600,000 ballots were left to be counted in the state. Just as well, FiveThirtyEight’s Nate Silver noted in Arizona, “mail ballots that arrived late in the process are considerably more [Republican] by party registration than the ones that arrived earlier.”

According to Bloomberg, the Trump campaign plans to dispatch a team to Arizona to monitor the state’s vote count after unverified reports have surfaced claiming ballots filled in with Sharpie pens in pro-Trump counties may have not been counted.

Stepien predicted that in Nevada, like Arizona, “late-breaking mail helps us” and “we believe that once all legal ballots are counted in Nevada, the president wins Nevada, we believe by a margin of 5,500 votes.”

Mail ballots received on Election Day or after are the bulk of what remains to be counted in Nevada. It remain to be seen if that vote will break for Trump or Biden.

Either way, we won’t know until Thursday.

If Trump were to somehow win Arizona and Nevada and hang on in Pennsylvania and Georgia, he would be in line to win the election. If Georgia goes for Biden in that scenario, there would be — you guessed it — an electoral tie.