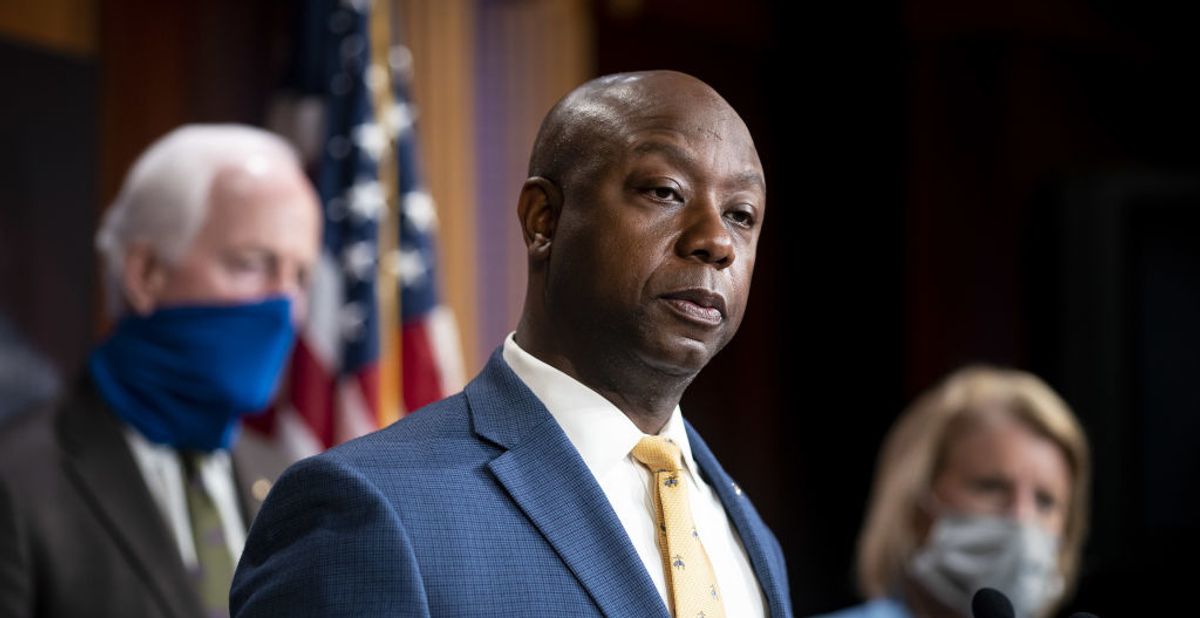 “Y’all still wearing those kente cloths over there?” Scott bluntly asked Democratic Illinois Sen. Dick Durbin on Twitter in a scathing response to the remarks.

Durbin made the “token” remark during a speech on the Senate floor only hours after the Scott-led Republican bill was introduced.

“We cannot waste this historic moment, this singular opportunity. Let’s not do something that is a token, half-hearted approach,” Durbin said, referring to the bill.

At best, Durbin was alleging with his remarks that the bill is merely a symbolic gesture to be inclusive to the black community rather than a substantive reform. At worst, he was purposely using the abrasive term to shame Scott.

Either way, his use of the word in an attack on the Scott-led bill was unseemly as well as hypocritical, as Scott was keen to point out.

When asked about Democratic criticism of the bill, Scott told reporters: “I would love for them not to use the word token as a way of race baiting on such an important topic.”

What about the kente cloths?

The move made headlines for its appearance as mere pandering and bizarre cultural appropriation.

But things got even worse Wednesday, when news broke that the kente cloths have roots in the African slave trade.

This is not the first time that Scott has punched back at his Democratic detractors over insensitive remarks regarding his race and his work on conservative policy.

Last week, Scott noted that he had seen his name dragged through the dirt on Twitter in the 24 hours since he was selected by Senate Majority Leader Mitch McConnell (R-Ky.) to lead Republican legislative efforts on police reform.

Twitter users had allegedly referred to the senator as “token” and “boy” and suggested that he was “being used.”

Scott set them straight and exposed the truth about Senate Democrats and race along the way.