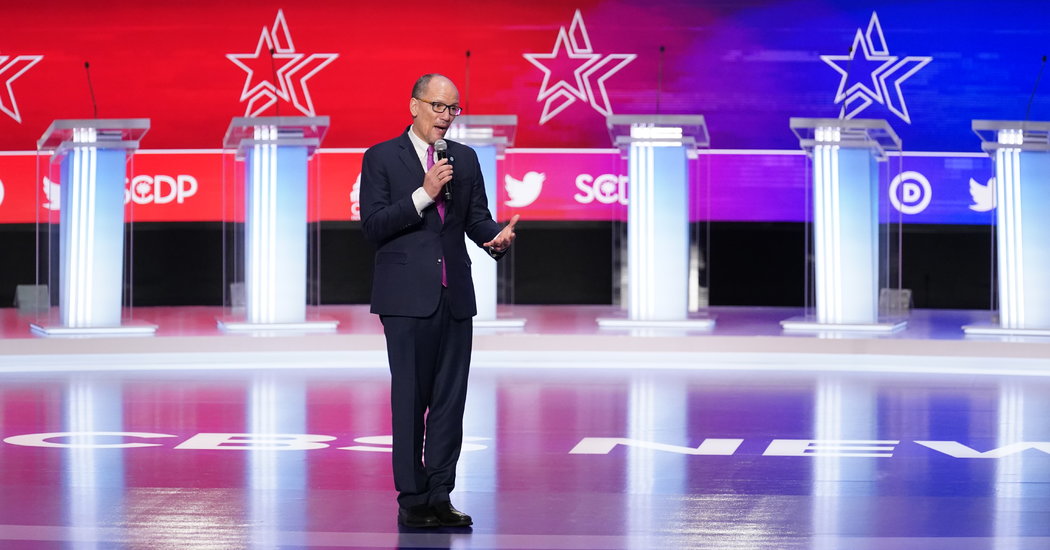 WASHINGTON — The Democratic National Committee said on Monday it had reserved $22 million in YouTube advertisements across 14 states that the party believes will be competitive in the general election, the beginning of a broad digital effort to defeat President Trump this fall.

The reservation comes two and a half weeks after Michael R. Bloomberg, the billionaire former mayor of New York, transferred $18 million from his unsuccessful presidential campaign to the D.N.C. for the party’s battleground states program. Officials said that the Bloomberg money was not being used to fund the new ad reservations.

The ad buy is the largest any Democratic organization has spent on general election advertising so far, and far more than the party reserved at a comparable point in the 2016 cycle. A prominent Democratic super PAC, Priorities USA, announced last week that it would spend $17 million on advertising across an array of online platforms in five states: Arizona, Florida, Michigan, Pennsylvania and Wisconsin.

But the $22 million pales in comparison to what Mr. Trump’s campaign and Republican committees backing him are spending on a regular basis. Mr. Trump spent $24 million on Facebook advertising in March alone.

The D.N.C. ads will begin to run on Sept. 1 in Florida, Michigan, Pennsylvania and Wisconsin. They are scheduled to begin appearing on Oct. 1 in Arizona, Colorado, Georgia, Maine, Minnesota, New Hampshire, Nevada, North Carolina, Ohio and Virginia.

The party said the ads would focus on get-out-the-vote efforts in heavily Democratic ZIP codes.

“By making these kinds of historic, early investments in our online-battleground infrastructure, the D.N.C. is putting our eventual nominee and Democrats running at every level of the ballot in the strongest possible position to secure victory in November,” said Tom Perez, the Democratic Party chairman.

Before the coronavirus pandemic shut down all traditional forms of campaigning, the party planned a far larger team of political organizers in battleground states than it had produced for Hillary Clinton in 2016 — and would have augmented it using Mr. Bloomberg’s money.

The D.N.C. said it had intensified its digital organizing efforts to reflect a renewed online focus during the pandemic. The party said that in the past two weeks nearly 6,000 people had signed up to complete D.N.C. training sessions on best practices for digital organizing.