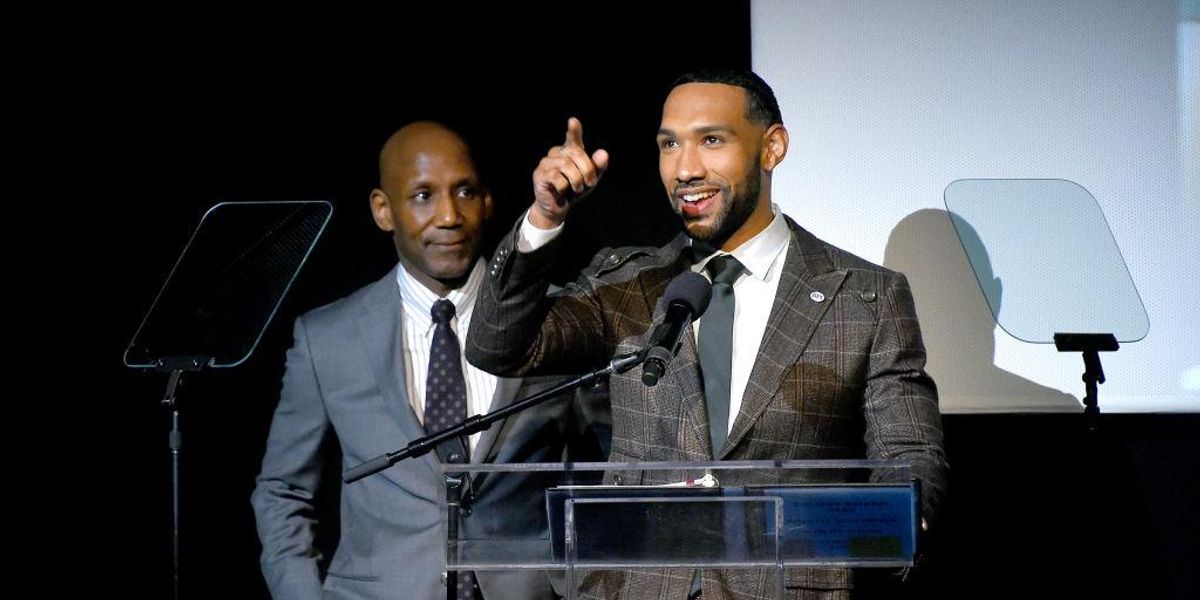 The Democratic Congressional Campaign Committee’s new senior advisor for strategic outreach reportedly had some scathing things to say about the party’s leadership before he was given the position. However, Dyjuan Tatro deleted the disparaging tweets about President Joe Biden and Vice President Kamala Harris after was tapped to be the senior adviser for diversity and inclusion for the DCCC, according to a report from the New York Post.

The Democratic Congressional Campaign Committee hired Tatro last week, and shortly after, Tatro’s checkered past surfaced, including being arrested for violent crimes.

A Times Union article from 2011 states that then-25-year-old DyJuan “Dy” Tatro was the “triggerman for the notorious Original Gangsta Killas street gang has been sent to federal prison for more than six years.” The report said Tatro was “already serving time for shooting two rival gang members in 2006.”

Tatro purportedly boasted that he had made at least $12,000 a month dealing drugs and conspired to traffic more than 50 grams of crack cocaine.

While serving his time in prison for racketeering conspiracy, Tatro earned his bachelor’s degree, which enabled him to make an appearance on the 2019 PBS documentary series “College Behind Bars.” He was released from prison in 2017, and has since become an advocate of criminal justice reform and social justice.

According to New York Post reporter Jon Levine, Tatro has deleted relatively recent Twitter posts that were extremely critical of Biden and Harris.

“I would like people like you to sit down & think about the harm Joe Biden & men like him have caused, orchestrated, and perpetuated in communities of color,” Tatro tweeted in May 2020. “Joe Biden has hurt my community. I don’t want Trump or Joe Biden to win.”

The new Democratic Congressional Campaign Committee advisor also slammed the president for his support for the 1994 crime bill, where Biden famously said, “Lock the S.O.B.s up!”

“HE IS ALSO AN ARCHITECT OF MASS INCARCERATION. WHAT HE HELPED BUILD HAS RUINED THE LIVES OF MILLIONS OF AMERICANS. PLEASE DON’T OVERLOOK THIS ASPECT OF HIS CHARACTER,” Tatro tweeted in April 2019.

“One would think he would admit to being wrong and get out of the mud. Instead, he’s rolling it #NoToJoe,” Tatro wrote in September 2019.

“Biden’s version of police reform: “shoot ’em in the leg,” he said in another tweet.

In July 2019, Tatro blasted former California “top cop” Kamala Harris, “I’m really tired of Black men saying Kamala Harris was only doing her job as a prosecutor while she waged war on black and brown bodies because that’s the same line police use when they murder unarmed Black men. This is a really sh***y dichotomy.”

NEW from me Dyjuan Tatro, a former gang member and now DCCC Senior advisor for Strategic Outreach spent much of 20… https://t.co/oHH1EHffod

In late August, Tatro justified looting as a “vital form of protest.”

“I don’t understand why you can’t CONDEMN VIOLENT POLICE [and] acknowledge LOOTING as a VITAL form of social PROTEST. And, how about YOU not use sterilized language when referring to state sanctioned murder while maligning protests against the systemic racism that enables it,” Tatro tweeted following months of looting and rioting in American cities.

In another since-deleted tweet, Tatro compared reforming the police to reforming Nazis.

“To all those people who want to reform the police because all cops aren’t bad, should we just go ahead and revive Nazism because all Nazis weren’t bad? I didn’t think so. Case closed,” the DCCC advisor wrote on Twitter in June before deleting.

Tatro being elevated to an important position within the Democratic Party was questioned by Republicans.

“It’s certainly on-brand for criminal-coddling Democrats, but the rest of America will find it disturbing that a murderous gang member is holding a prominent position with the DCCC,” said New York state Republican Party Chairman Nick Langworthy. “Second chances are one thing, but I would have to question Congressman Maloney’s judgment to put someone with such a violent past at the top of their organization.”

GOP Congresswoman Nicole Malliotakis told the New York Post, “The inmates are literally running the asylum. If this is a sign of what’s to come I guess we expect the Democrats’ slate of 2022 candidates to include convicts, cop haters and looters.”

The DCCC defending Tatro’s hiring, “Dyjuan is a formerly incarcerated person who has worked hard to change the trajectory of his life through education and service to his community.”