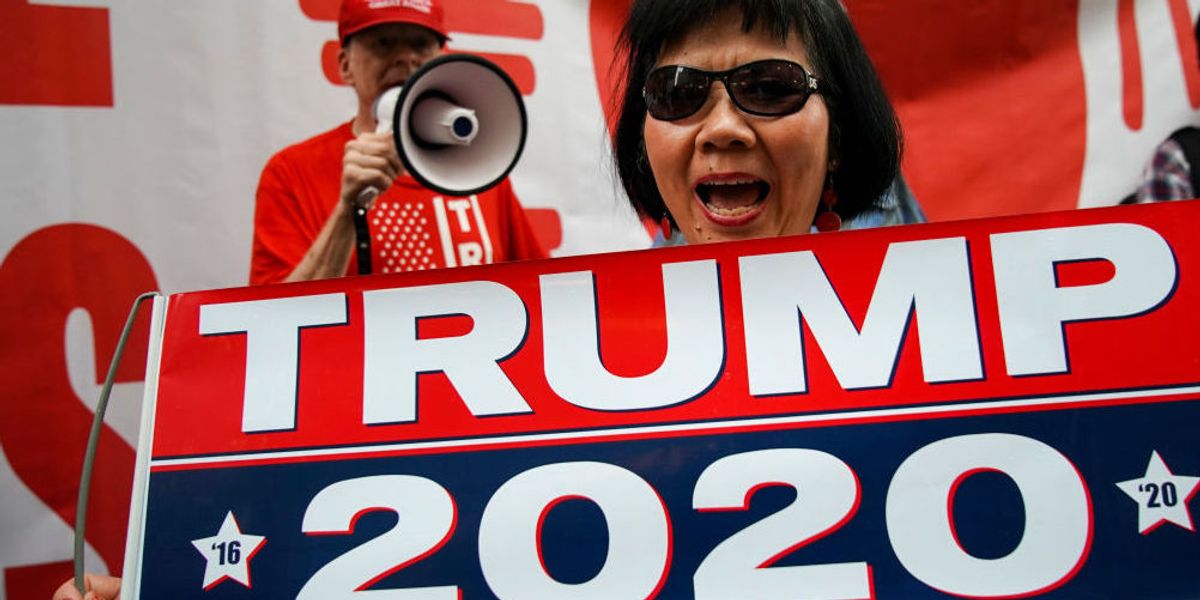 With less than three days to go before polls close on Election Day, Democratic operatives in states that Democratic nominee Joe Biden must win in order to defeat President Donald Trump are beginning to panic.

Despite Biden holding a sizable lead in most polling, Democratic operatives in Pennsylvania, a state critical to winning the White House, are sounding the alarm over the possibility that Biden’s lead in the state is not as solid as polls indicate.

According to the Washington Post, Democratic confidence “has eroded in recent weeks with emerging signs of a tightening contest in the state,” resulting in Democrats growing “more anxious” about a Trump win.

The reasons behind Democratic anxiety are varied, according to the Post. They point to the recent violence in Philadelphia as helping Trump, who paints himself as tough on crime. Democrats are also concerned about a last-minute surge from rural voters, who heavily favor Trump. Democrats are also worried about lower-than-expected turnout from Democratic voters who may potentially lack enthusiasm for Biden. They also worry that Biden’s confusing position on fracking may hurt his standing with Pennsylvania voters.

Neil Oxman, a veteran Democratic strategist, told the Post, “I am worried about Pennsylvania.” His anxiety centers on an observation that Trump’s voter base is “a little bit stronger than our base.”

Pennsylvania Lt. Gov. John Fetterman, a Democrat, told the Post, “The president has a very strong, sturdy base here, and what he’s doing is juicing turnout in those small counties.”

Meanwhile, in Florida, Democrats are “sounding the alarm” over weak Democratic voter turnout, Politico reported — and the problem appears to be self-inflected.

No Democrat can win Florida without a huge turnout and big winning margins here to offset losses elsewhere in the state. But Democrats are turning out at lower rates than Republicans and at lower rates than at this point in 2016, when Hillary Clinton won by 29 percentage points here and still lost the state to Donald Trump.

One particular area of concern is the relative share of ballots cast by young voters of color and less-reliable Democratic voters. Part of the problem, according to interviews with a dozen Democratic elected officials and operatives, is the Biden campaign’s decision to discourage field staff from knocking on doors during the pandemic and its subsequent delay in greenlighting — and funding — a return to door-to-door canvassing.

Indeed, over the last week, Republicans have made significant cuts to Democrats’ lead in early voting and mail-in voting in The Sunshine State.

By Sunday, Republicans trailed Democrats by an even smaller margin. And considering that many Republicans traditionally wait until Election Day to vote, while Democrats take advantage of early voting, all the pieces are aligning for another Trump upset.

As for polling, The Trafalgar Group, which correctly predicted Trump’s 2016 lead in Pennsylvania and Michigan, has found that Trump, once again, holds a small lead in both states despite nearly every other poll saying otherwise.

Robert Cahaly of The Trafalgar Group, told The Hill, “There are more [shy Trump voters] than last time and it’s not even a contest.”

However, traditional pollsters, who were wrong about Trump’s chances of winning in 2016, are skeptical of The Trafalgar Group.