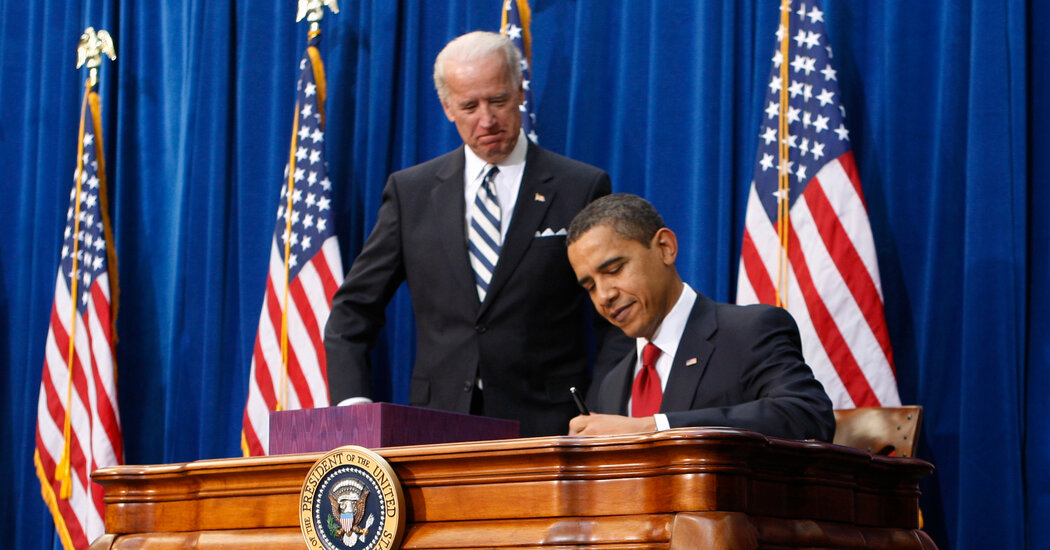 “It’s really about Obama versus Bush, and Biden versus Trump, not the other way around,” Mr. Emanuel said. “We built long-lasting, robust economic growth. And I think comparing one to the other is, is historically not accurate. And also, more importantly, it’s strategically not advantageous.”

David Axelrod, who served as a chief strategist to Mr. Obama, said he believed the current criticism was born of a desire to avoid a midterm shellacking similar to the one Democrats suffered in 2010.

“It is irksome only in the sense that it was an entirely different situation,” Mr. Axelrod said. “If the Obama economic record were deficient, I’m pretty sure Joe Biden wouldn’t have run on it.”

In many ways, the maneuvering is a stand-in for larger tensions within the party. Mr. Obama’s close-knit circle is keenly devoted to protecting his policy legacy. A growing left wing wants more investments in health care and combating climate change, and a break from hard-line policy on immigration. Mr. Biden’s administration is seeking to chart its own path.

In a recent address to House Democrats, Mr. Biden argued that it was Mr. Obama’s “humility” that cost Democrats at the time, because the president didn’t spend enough time explaining the benefits of his stimulus package to the American people.

“Barack was so modest, he didn’t want to take, as he said, a ‘victory lap,’” Mr. Biden said. “I kept saying, ‘Tell people what we did.’ He said, ‘We don’t have time, I’m not going to take a victory lap,’ and we paid a price for it, ironically, for that humility.”