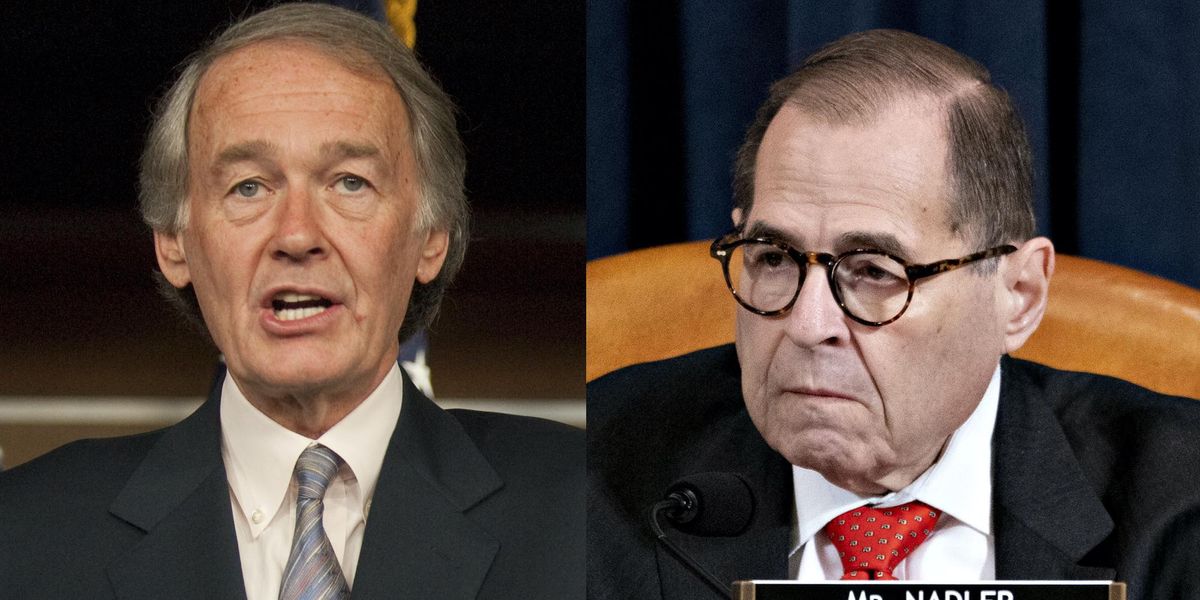 Democrats in the House and Senate are planning to introduce legislation to expand the Supreme Court from the current 9 members to 13.

The plan to pack the court was first reported by Ryan Grim of The Intercept on Wednesday. It is sponsored in the Senate by Sen. Ed Markey (D) of Massachusetts and in the House by Rep. Jerry Nadler (D) of New York.

Far-left partisans have pressed for Democrats to push the controversial plan since former President Donald Trump was able to fill the seat held by liberal justice Ruth Bader Ginsburg with Justice Amy Coney Barrett, a conservative.

While President Joe Biden had refused to say before the election if he would support the plan, Democrats appear to be eager to rush headlong into the plot.

The report was later confirmed by NBC News and inspired a contentious interaction during a House committee hearing when Rep. Jim Jordan (R-Ohio) demanded to know from Nadler if the report was true.

Nadler refused to answer the question and said that Jordan was acting inappropriately.

Democratic Rep. Mondaire Jones of New York, was less shy to admit to the court-packing plan.

“Our democracy is under assault, and the Supreme Court has dealt the sharpest blows. To restore power to the people, we must #ExpandTheCourt. That’s why I’m introducing the Judiciary Act of 2021 with @RepJerryNadler, @RepHankJohnson, and @SenMarkey to add four seats to SCOTUS,” he tweeted.

The Supreme Court has been composed of nine members since 1869, for 152 years. The Constitution does not set out how many members must be on the Supreme Court.

That convention was almost broken when Democrat Franklin D. Roosevelt suggested in 1937 that he might expand the court with jurists who would be sympathetic to his unconstitutional plans to combat the Great Depression. Members of his own party balked at the plan and he was forced to abandon his “court-packing” scheme.

Despite the long history of Democrats trying to pack the highest court of the land, it is unlikely to be successful given the 50-50 split in the Senate and the presence of some moderate Democrats who are reticent to support far-left legislation.

Here’s more about the Democrats’ newest plot to pack the court: