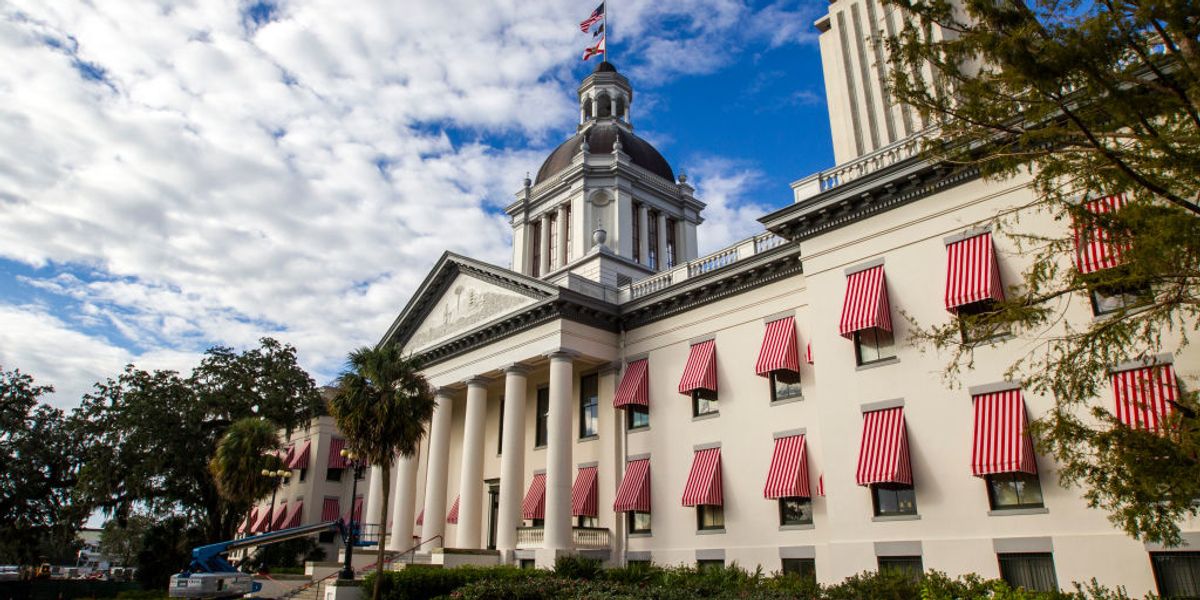 Florida State Rep. Anthony Sabatini (R-Lakeland) was appalled to learn that in an article published on Thursday, NBC News described as “anti-gay” a series of bills that he and his colleagues recently filed.

“They are not anti-gay at all. In fact, none of these bills have anything to do with gay and lesbian issues,” Sabatini told TheBlaze in a phone interview on Friday.

Sabatini said his bill, “The Vulnerable Child Protection Act,” was designed to keep children safe and prevent the Texas custody battle over a 7-year-old boy, whose mother claims is a transgender girl, from playing out in Florida. Indeed, the statute would criminalize the performing of “surgeries that sterilize, including castration, vasectomy, hysterectomy, oophorectomy, metoidioplasty, orchiectomy, penectomy, phalloplasty, and vaginoplasty” on minors under 18 years old, as well as the injection of puberty-blockers.

Under Sabatini’s legislation, any doctor who performs these procedures on a minor could be charged with a felony.

Democrats and activists oppose the bill

Democratic State Rep. Carlos G. Smith of Central Florida said Sabatini’s bill and others amounted to being “kicked in the gut” his colleagues. “I am so utterly offended and disappointed,” he said on Twitter.

Meanwhile, Jon Harris Maurer, a policy director with Equality Florida, an LGBTQ activist group, described Sabatini’s bill and its Senate version as “a clear attack on some of our state’s most vulnerable youth.” Children with gender identity issues are certainly vulnerable, but not in the way Harris suggests.

“While the actual percentages vary from study to study, overall, it appears that about 80 percent of kids with gender dysphoria end up feeling okay, in the long run, with the bodies they were born into,” The Cut reported in 2016. Puberty blockers are also reported to be dangerous for children.

“It has been shown that puberty blockers interfere with the expected increase in bone density in adolescence such that the bones are not as strong as they would be had normal pubertal development been allowed,” according to endocrinologist Michael Laidlaw. “These lost years of bone development cannot be regained.”

In addition, the FDA has received over 24,000 reports of adverse reactions to Lupron, the drug commonly used to delay puberty. The side effects include joint pain, osteoporosis, immune systems complications, and mental health issues, among them suicidal thoughts and severe depression.

Given the problems with puberty blockers and studies showing that the vast majority of minors with gender dysphoria change their minds and do not continue with their gender transition into childhood, Sabatini questioned the wisdom of subjecting children to drastic medical procedures.

“These people don’t care about science or facts. They are radical left-wing ideologues who care more about promoting their political agendas than protecting children,” he added while noting that angry activists have even targeted his wife with harassing phone calls.

“Today’s Democrat Party has transformed into a hate group that defames anyone who disagrees with their toxic and radical ideology. They even target people’s family members. It’s disgusting,” Sabatini said.

The bills have nothing to do with gay and lesbian issues

The four bills in question were all filed by Florida House Republicans and have accompanying Senate versions. Three out of four of them are completely unrelated to sexual orientation or gender identity issues:

“If you’re a fair-minded person that looks at this objectively, there’s no way you can interpret what they’re saying,” said state Sen. Keith Perry (R-Gainesville), who sponsored one of the bills in the Senate, according to the Tampa Bay Times.

“The Liberal Media & far left groups are attacking my bill designed to unleash economic opportunity and the entrepreneurial spirit and cut through local government red-tape for those seeking to operate a home-based business,” declared GOP Rep. Byron Donalds on Twitter.

In a statement to TheBlaze, Sen. Joe Gruters, a Republican who introduced the Senate version of one of the House bills, said that Democrats are just playing politics.

“This is a case where people are trying to score political points rather than pass good policy,” Gruters said.