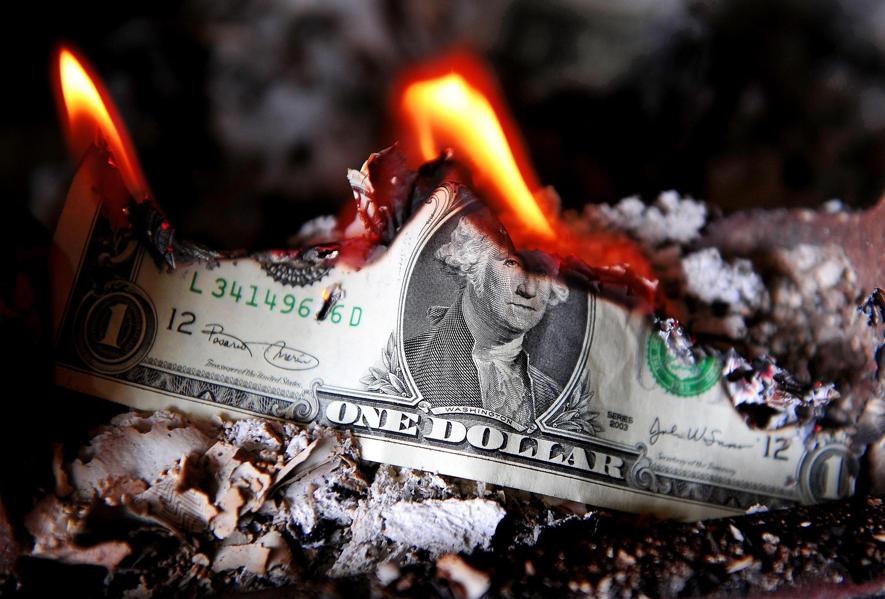 It’s been an historic week for the U.S. with president Donald Trump signing a record $2.2 trillion coronavirus-induced emergency stimulus package.

The massive cross-party rescue deal is designed to help Americans and businesses cope with the economic shutdown caused by the coronavirus COVID-19 pandemic.

The U.S. dollar has taken a beating, however, dropping almost 4% against a basket of currencies this week—its biggest weekly loss since the height of the global financial crisis over 10 years ago. 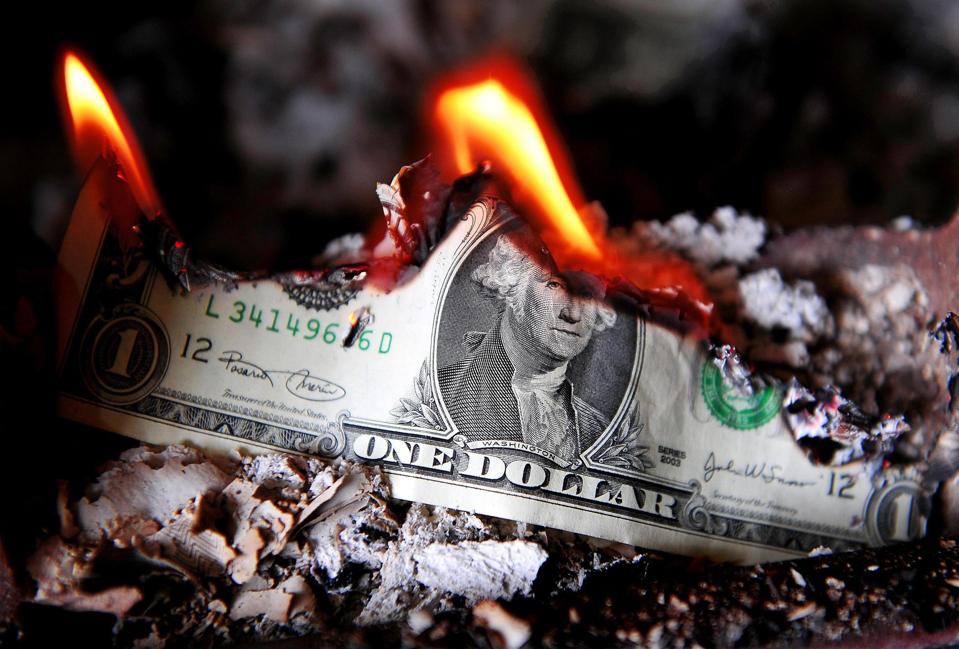 The U.S. dollar has sunk against a basket of major currencies this week after posting record gains … [+] earlier this month. Some think the massive stimulus offered by the Trump administration and the Federal Reserve will undermine the dollar and open the door to alternatives such as bitcoin.

This week’s losses come on the back of the dollar index’s biggest weekly gain since the financial crisis, with the dollar surging as investors scrambled for the world’s most liquid currency amid crashing stock and debt markets.

“In short-term, huge dollar demand because short-covering, but it won’t last,” Wall Street veteran and founder of Wyoming-based crypto bank Avanti, Caitlin Long, said via Twitter, adding she expects the U.S. Federal Reserve’s balance sheet to top $10 trillion before the coronavirus crisis is over and predicting the dollar’s eventual crash.

On top the of the massive economic aid package, the Fed has been working hard to prop up plunging markets—with mixed results despite its shock-and-awe firepower.

Potential risks of the combined cross-party rescue bill and Fed’s biggest-ever bazooka include out-of-control inflation, the dollar’s displacement as the world’s funding currency, and the complete destabilization of the U.S. financial system.

The Fed pumped over $1 trillion to the system in recent weeks, with its chair Jerome Powell promising never before seen levels of money printing and so-called quantitative easing to infinity through an unlimited bond-buying program.

The Fed has also cut its benchmark interest rate to near zero and made sure commercial banks will continue lending to companies, cities and states—all told the extraordinary measures are expected to grow the Fed’s balance sheet by $4.5 trillion this year.

Throughout and in the aftermath of the global financial crisis the Fed grew its balance sheet by a paltry $3.7 trillion.

“The beautiful thing about our country is $6.2 trillion—because it is 2.2 plus four [combining the Fed’s action and the cross-party rescue bill]—it’s $6.2 trillion, and we can handle that easily because of who we are, what we are,” Trump said, speaking after the bill’s historic White House signing ceremony, and boasting the package was “twice as large” as any prior relief bill.

The bill will see individuals and companies whose livelihoods and businesses have been affected by the coronavirus pandemic receive direct payments, with every American earning less than $75,000 per year picking up a one off payment of $1,200, as well as $500 per child.

“It’s our money; we are the ones, it’s our currency,” Trump said. 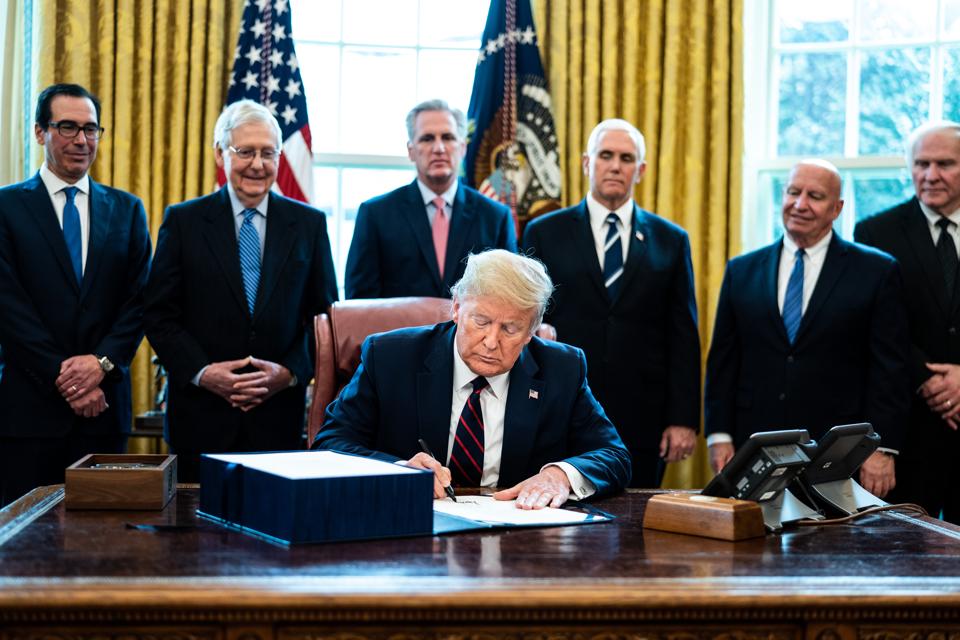 Critics of the historic stimulus measures have warned about the possibility of inflation, with many in the bitcoin and cryptocurrency community urging people to explore scarce digital assets.

“Fiat money is getting more plentiful. Bitcoin is getting more scarce,” Anthony Pompliano, a well-known bitcoin advocate and partner at bitcoin and crypto-focused hedge fund Morgan Creek Digital, said via Twitter, alluding to bitcoin’s upcoming May halving event where the supply of new bitcoin being created will be cut by half overnight and putting bitcoin directly at odds with the Fed’s money printing program.

Meanwhile, Trump has said he expects the U.S. to be open for business again by April 12, Easter Sunday—a goal that’s been widely derided as impossible.

Regardless of when the country opens up again, it will against a wildly different economic landscape.