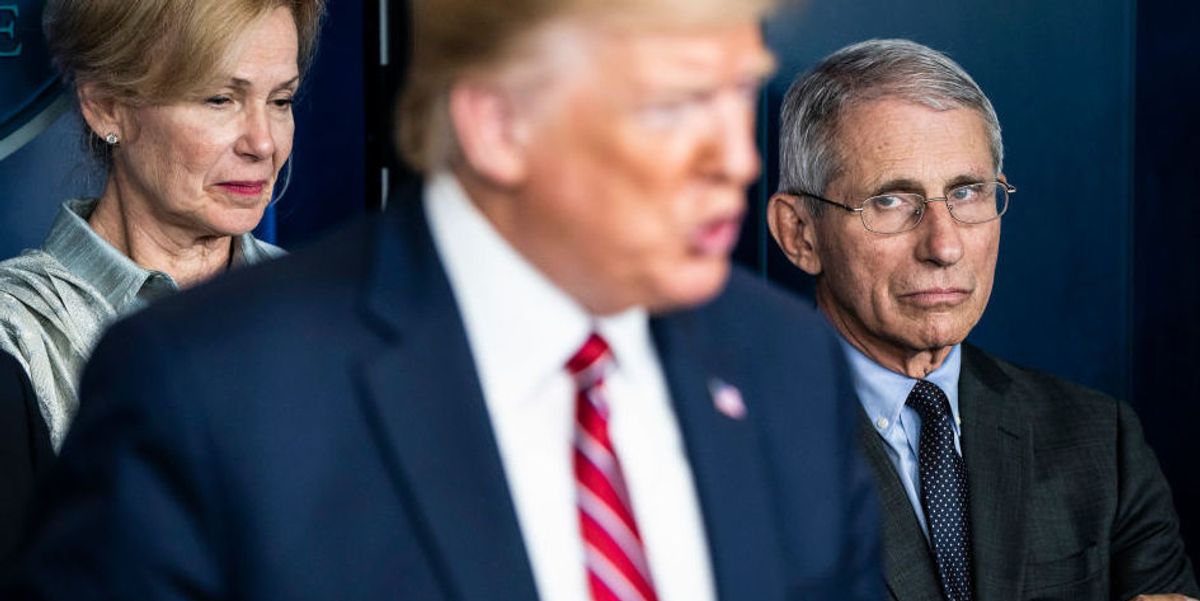 What did Fauci say?

Speaking with the Washington Post, Fauci said the United States is “in for a whole lot of hurt” as winter begins because of the White House’s current COVID response.

“It’s not a good situation,” Fauci said. “All the stars are aligned in the wrong place as you go into the fall and winter season, with people congregating at home indoors. You could not possibly be positioned more poorly.”

Fauci, the nation’s top infectious-disease expert, said an “abrupt change” needs to be made “in public health practices and behaviors,” according to the Post.

On the other hand, Fauci praised Biden and Sen. Kamala Harris (D-Calif.) for “taking it seriously,” explaining Trump is more concerned about the economy and keeping the country open.

By contrast, former vice president Joe Biden and Sen. Kamala D. Harris have consistently worn masks in public, and have held socially distanced events. When two people around Harris tested positive for the coronavirus in October, she canceled travel for several days. Asked about the difference between their approaches, Fauci said Biden’s campaign “is taking it seriously from a public health perspective.” Trump, Fauci said, is “looking at it from a different perspective.” He said that perspective was “the economy and reopening the country.”

How did the White House respond?

“It’s unacceptable and breaking with all norms for Dr. Fauci, a senior member of the President’s Coronavirus Taskforce and someone who has praised President Trump’s actions throughout this pandemic, to choose three days before an election to play politics,” Deere said, Axios reported.

“As a member of the Task Force, Dr. Fauci has a duty to express concerns or push for a change in strategy, but he’s not done that, instead choosing to criticize the President in the media and make his political leanings known by praising the President’s opponent,” Deere added.

Dr. Scott Atlas, a radiologist who was tapped by Trump to serve as an adviser to the White House Coronavirus Task Force, also responded to Fauci on Twitter, saying Fauci is “embarrassing himself.”

In his interview with the Post, Fauci personally attacked Atlas.