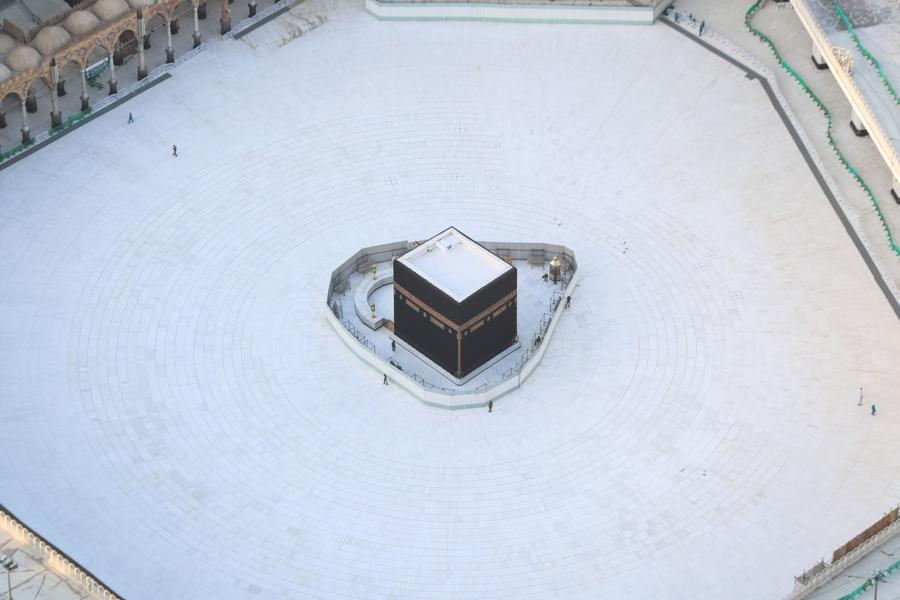 Topline: As the worldwide corona case count rises to 121,564 confirmed infections and 4,373 deaths, institutions are taking action in the form of country-wide lock downs, school closures and urging people to stay home—and the result has left some of the most famous sites in the world eerily deserted. 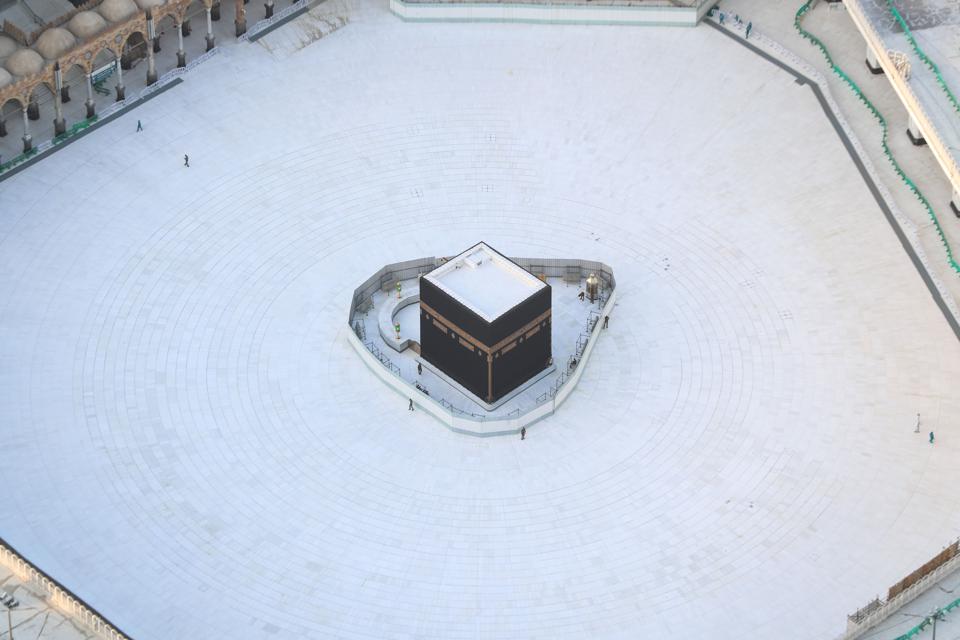 Attendance at the sacred Kaaba in Mecca’s Grand Mosque, Islam’s holiest site, was hit by measures to … [+] protect against the deadly new coronavirus. (Photo by Bandar Aldandani / AFP) 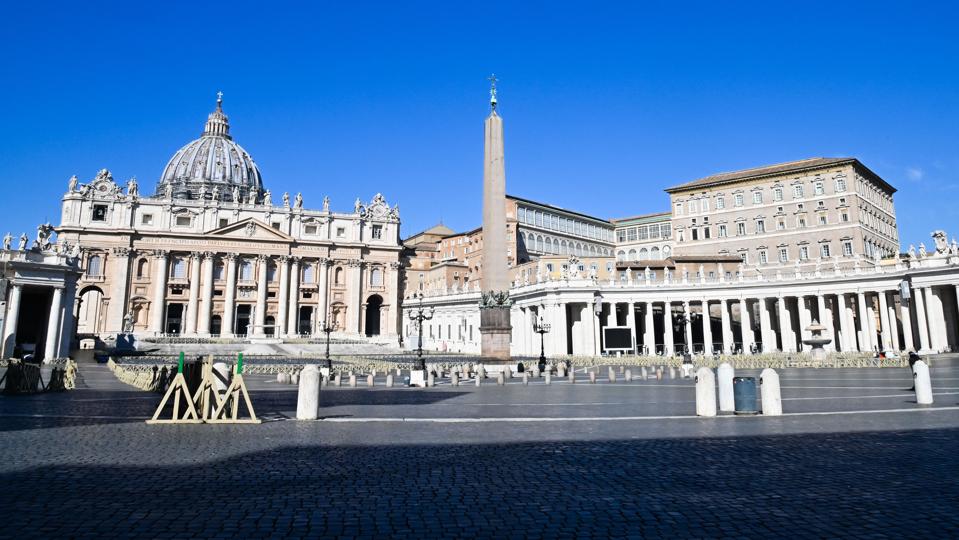 A general view shows the Vatican’s Saint Peter’s Square and its main basilica on March 11, 2020 a … [+] day after they were closed to tourists as part of a broader clampdown aimed at curbing the coronavirus outbreak. 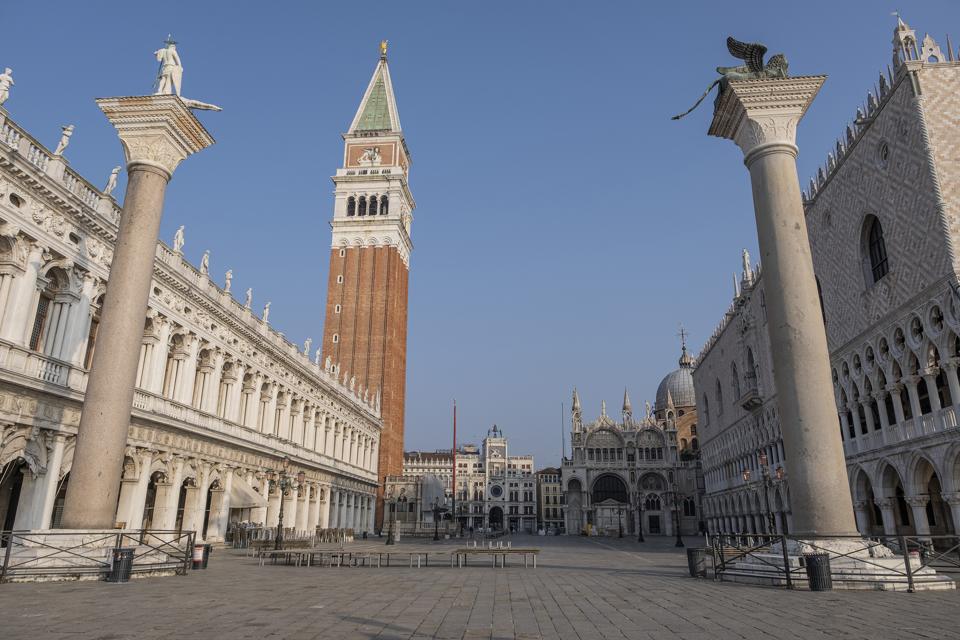 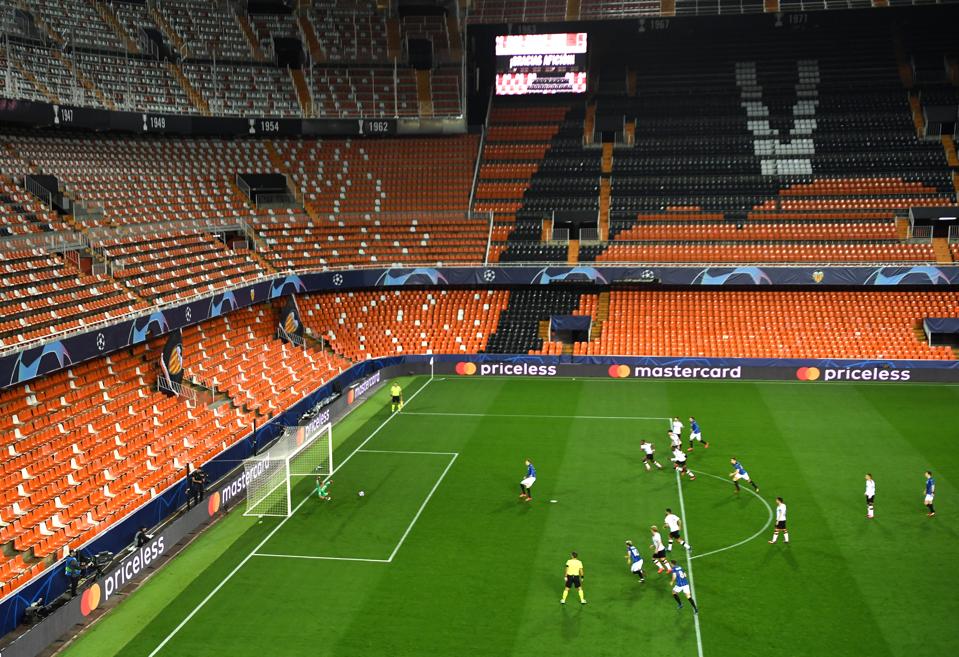 Josip Ilicic of Atalanta scores a goal during a UEFA Champions League match between Valencia CF and … [+] Atalanta at Estadio Mestalla Tuesday in Valencia, Spain. The match was played in an empty stadium out of concern for the coronavirus. 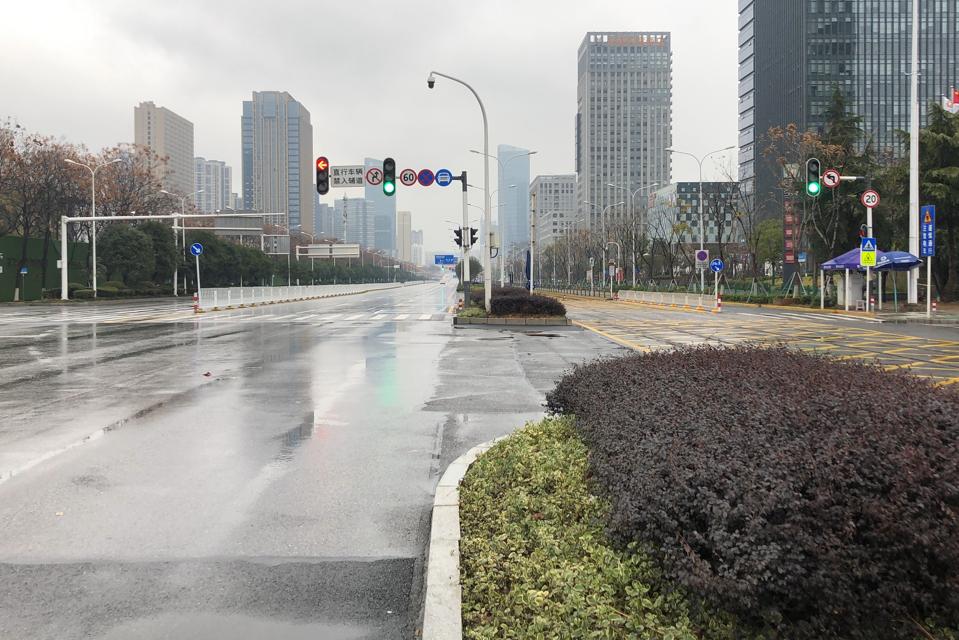 A crossroads near a Walmart supermarket in the city of Wuhan, Hubei Province, People’s Republic of … [+] China; since December 2019, Wuhan has been the center of the coronavirus outbreak and the city is under lockdown. 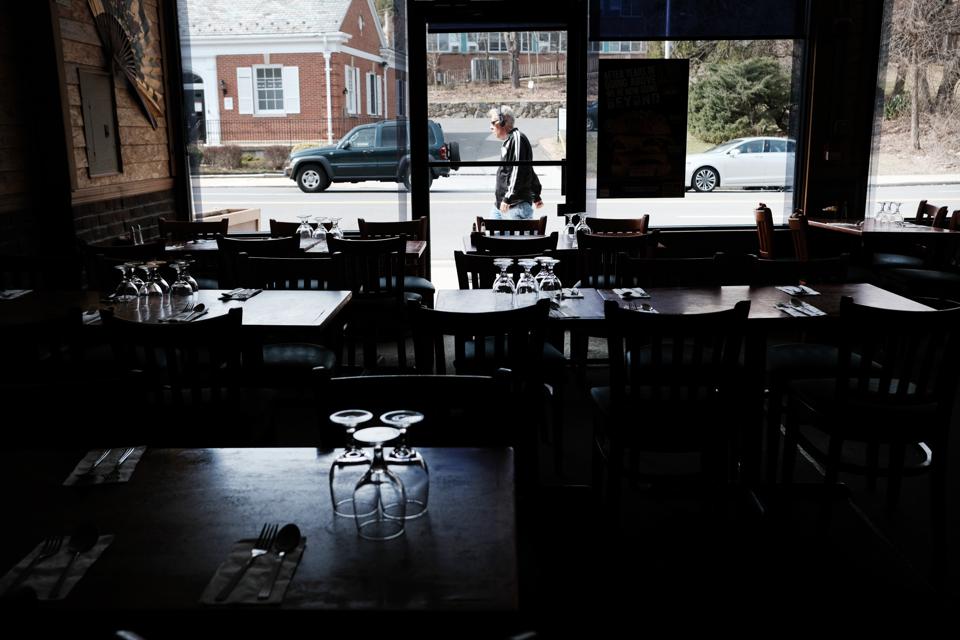 Empty streets, restaurants and cafes in New Rochelle, New York are empty after the area was named a … [+] “containment zone” in the wake of a cluster of coronavirus infections. 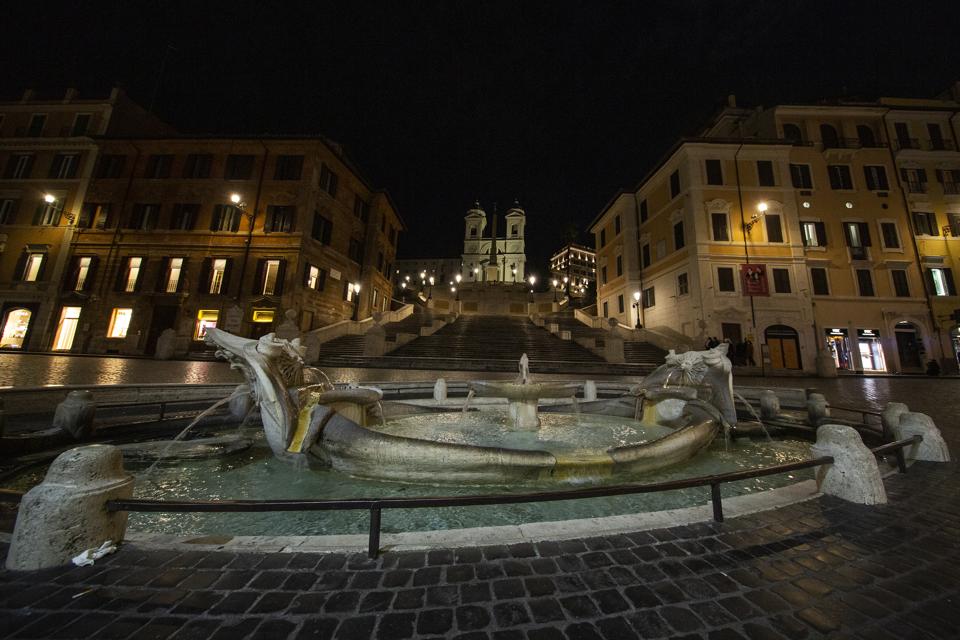 A view of the empty Spanish Steps in Rome the evening before the entirety Italy went under lockdown. 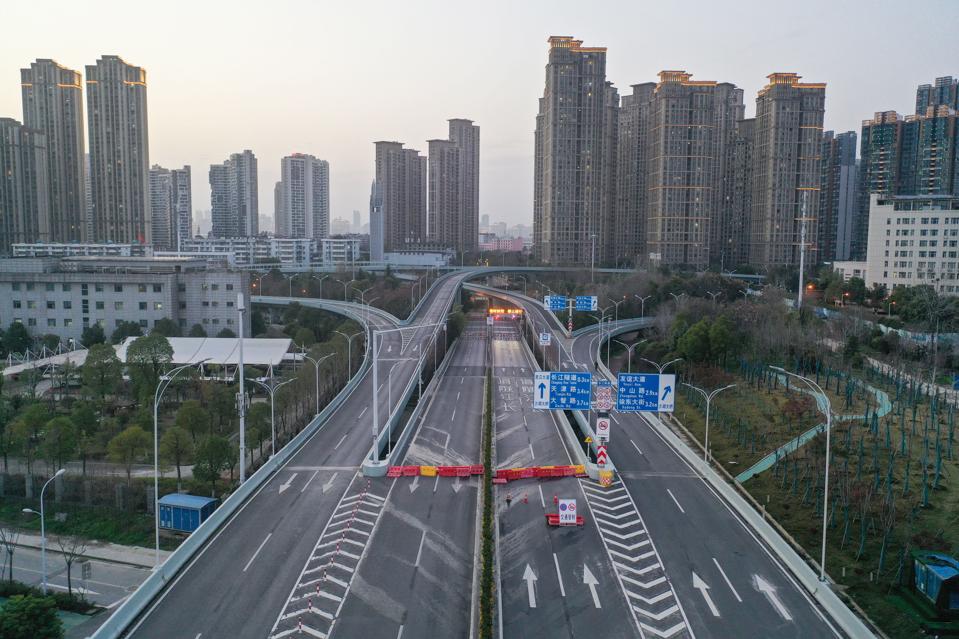 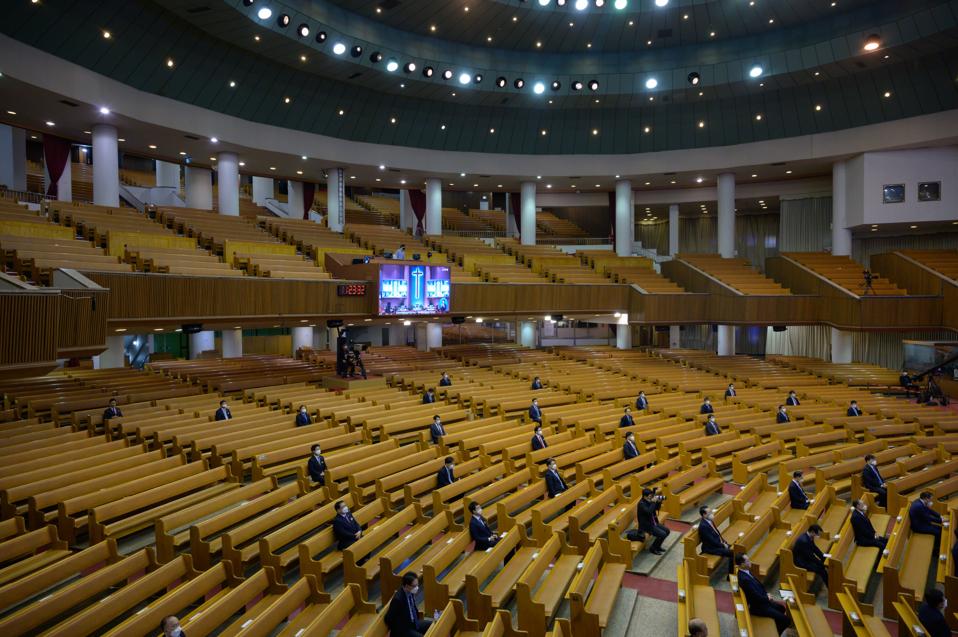 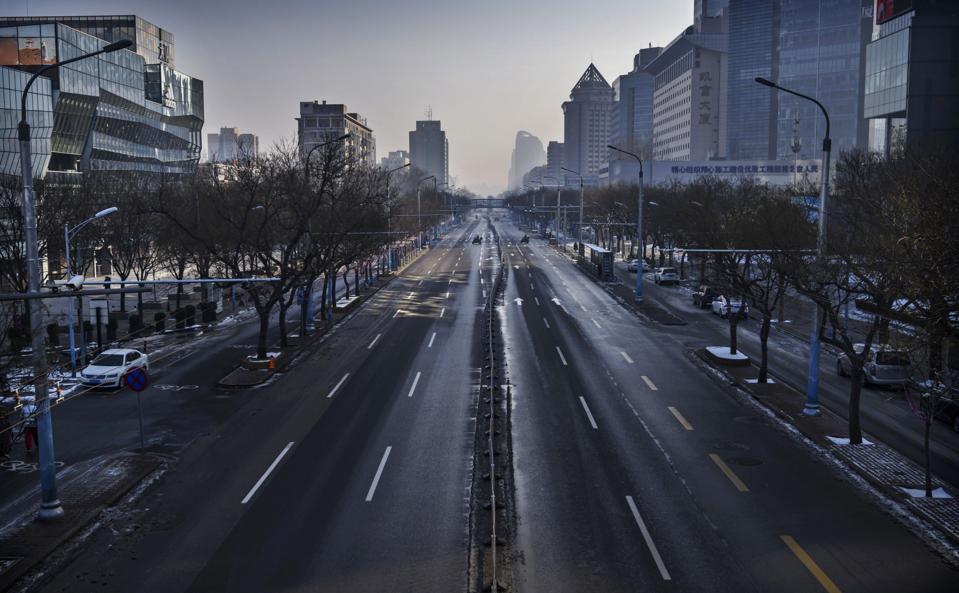 A nearly empty street is seen in a usually busy shopping district in Beijing, China. 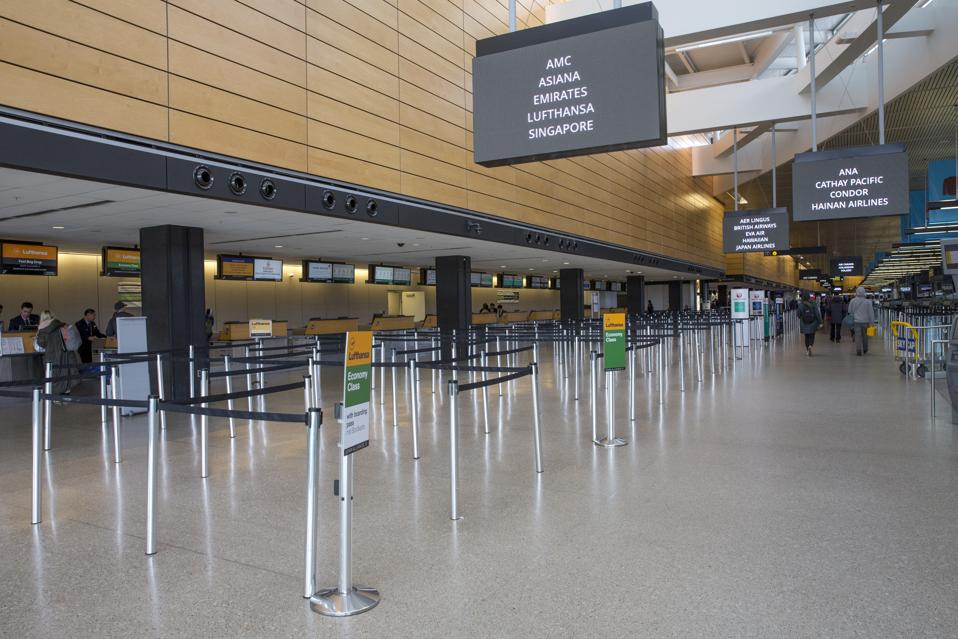 Check in gates were quiet at SeattleTacoma International Airport on Sunday in Seattle, Washington. 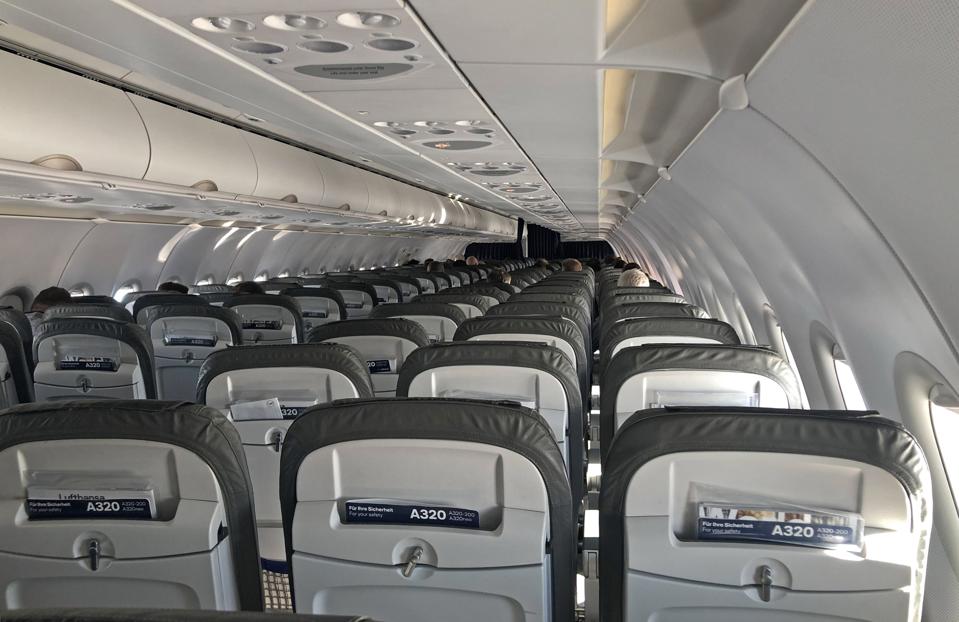 Empty seats on a flight from Frankfurt to Linz. (Photo by Bradley Collyer/PA Images via Getty … [+] Images) 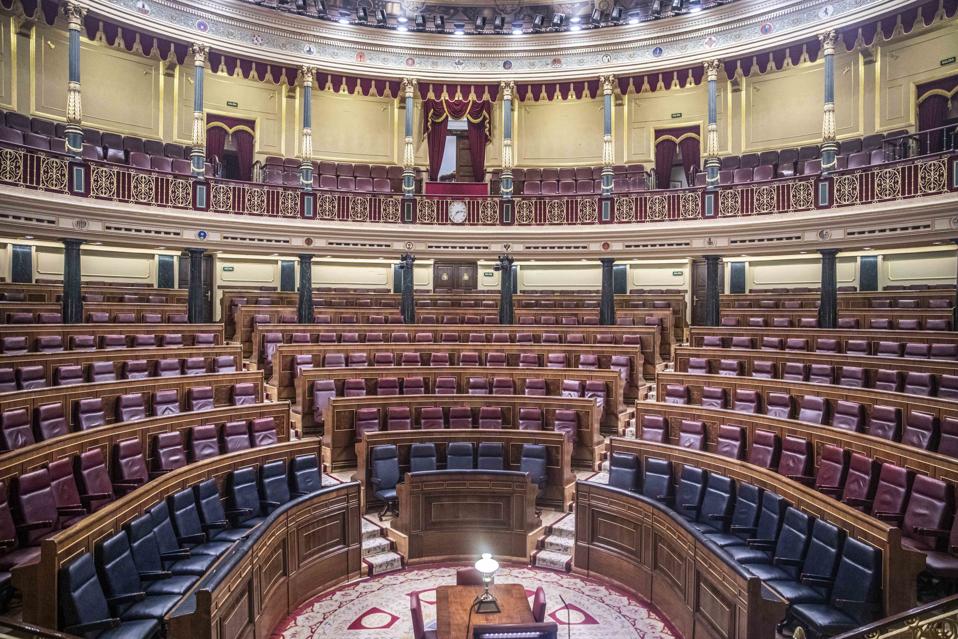 The Spanish parliament stopped its activities Tuesday after a lawmaker tested positive for the … [+] coronavirus. (Photo by Bruno Thevenin/SOPA Images/LightRocket via Getty Images)