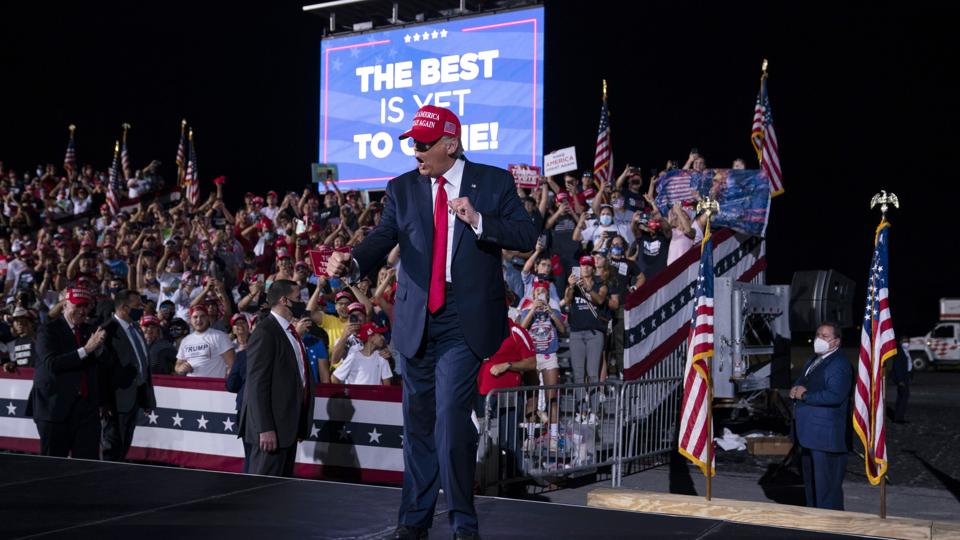 “It’s impossible to know how much money exactly people are wagering,” writes VegasElectionOdds. “Still, the high action we see on the sportsbooks leads us to believe that number is very well over $280 million… More people are betting on Donald Trump, significantly driving the action… These lines are closer than they were just a week or two ago.”

Most polls show Joe Biden still leading, despite skepticism of their accuracy. Betting odds, as of November 2, have Biden dropping to a 64% chance of winning vs. Trump at 35.3% with Bovada climbing to 38%. What about more exotic prop bets?

Betting on Battleground States? Biden’s lead in battleground states, where the presidency will be decided, continues to drop to just 2.7 points in the Real Clear Politics average as of November 2. For comparison, Trump outperformed the RCP average by 4 points in 2016. Bettors are essentially gambling on whether he will do it again. 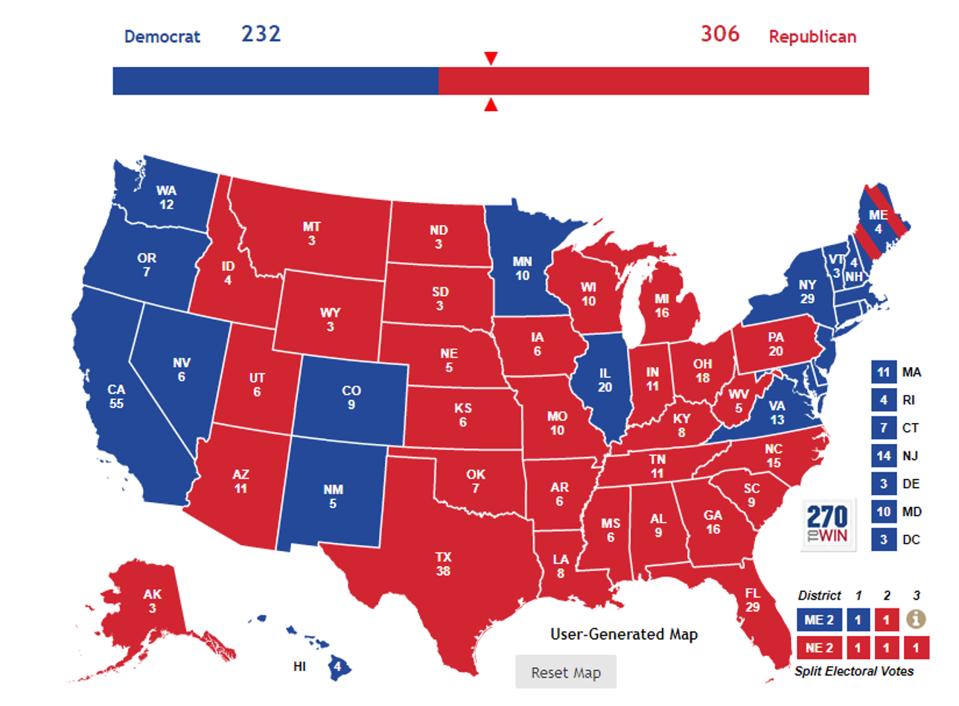 Voter turnout? By this past weekend, a record of over 92 million Americans had voted early. The over-under is set at 149.5 million voters, according to Sasha Paruk, political editor at SportsBettingDime.com. For comparison, that is over 60% of eligible voters. And it’s over 10 million higher than 2016, the previous highwater mark for turnout. “Hitting 149.5 million,” Paruk told me, “will require 11 million more voters than any previous US election.”

This brings us to how maverick firms like Basham’s Democracy Institute and Robert Cahaly’s Trafalgar Group, which also predicts a Trump upset, differ from mainstream polls. The answer hinges on two related factors: turnout and estimates of secret or shy Trump voters.

“Regarding turnout, I’m expecting 145-150 million voters,” Basham told me over the weekend, “which is on the low side of turnout estimates.” That looks similar to 2016, but with a higher percentage of rural male white voters relative to Black, Hispanic, and student voters. “The Republican’s vote is a very efficient one, as it was in 2016,” he explains – which helps in the Electoral College. “Trump’s voters are more evenly dispersed across the country than are Biden’s.”

Regarding secret Trump voters, Basham estimates them to be at least 5 to 6% – probably more in battleground states and more than 2016. Cahaly, speaking to The Political Trade betting podcast, thinks they’re “a lot bigger than anybody realizes.” In Basham’s most recent poll, the Democracy Institute asked, “Are you comfortable with your relatives, friends, and coworkers knowing how you vote?” 90% of Biden supporters said yes, versus just 22% of Trump voters.

Basham also found most voters heard about and believe recent allegations against Biden, despite the story’s suppression by mainstream media and Twitter. He found that it will affect some of their votes – and thus betting.

Popular vote vs Electoral College vote winner? Democracy Institute, along with some Rasmussen tracking polls, are the only major surveys showing Trump leading the national popular vote. Basham forecasts Trump to win 326 electoral votes – twenty more than 2016 with the additions of Minnesota, Nevada, and New Hampshire to his state totals.

Most mainstream polls have Biden leading in many battleground states, but most sit within or close to the margin of error.

Democrat sweep of White House, Senate, and House? You can bet these and all kinds of related prop bets many different ways.

Odds of an Electoral College tie? This would require Trump and Biden to each wind up with 269 electoral votes. Improbable? The odds are running +4900 – or about 50 to 1. If Trump lost Michigan, Wisconsin, and Arizona but won all the other states he did in 2016… he’d have 269 votes. Under the 12th Amendment to the US Constitution the House of Representatives would then pick the president, and the Senate the vice president. The House is currently controlled by Democrats but would vote by state delegation – and the GOP currently holds a 26-23 advantage, with Pennsylvania split down the middle.

Day the election loser will concede? Both sides have lawyered up, and it may come down to how close things look on Election Night. It looks like bettors think it’s heading to the Supreme Court.

Following the money. According to Forbes contributor Zack Jones, 2020’s betting is “eerily familiar” to 2016 at BetOnline and elsewhere, but much larger. Late money is pouring toward Trump and odds are changing rapidly. As of Halloween, “if Trump is re-elected, BetOnline will lose a sum in the low seven figures,” Jones writes. “If Biden wins, the book will win a sum in the mid-six figures.”