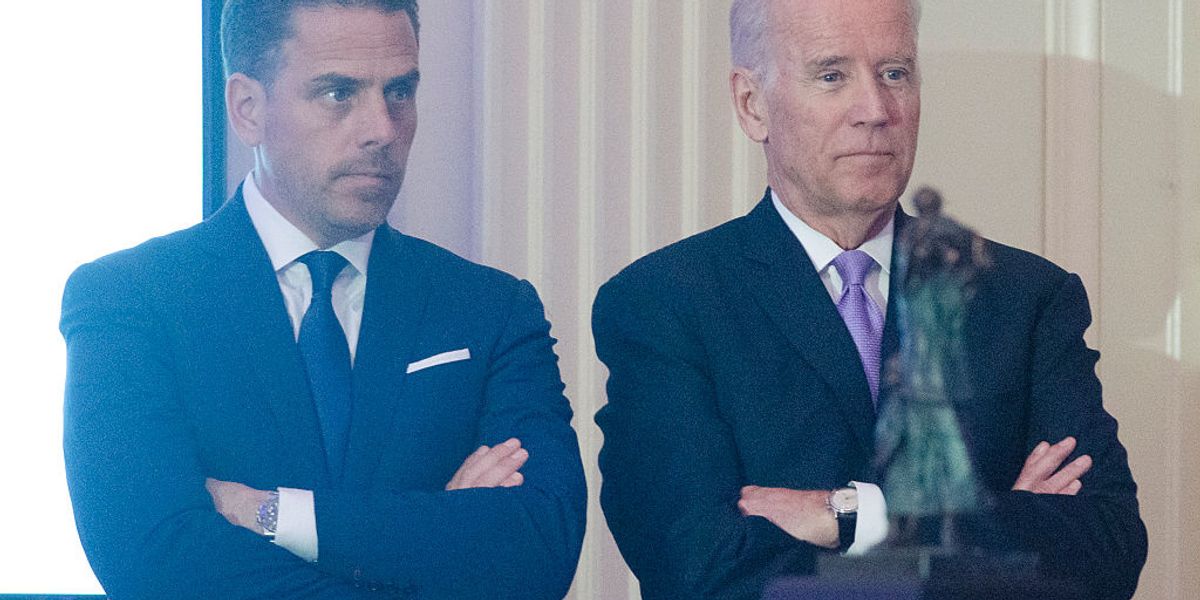 Following Wednesday’s release of “smoking gun” emails from a laptop computer that contained photos of Hunter Biden and emails purporting to belong to him, the New York Post released more emails allegedly from Joe Biden’s son. The latest batch of emails purportedly show Hunter pursuing “lasting and lucrative” deals involving a Chinese energy company that he said would be “interesting for me and my family.”

According to the reported emails from 2017, the son of the Democratic presidential nominee communicated with high-ranking officials from China Energy Fund Committee, which at one time was the largest private energy company in China. In 2017, Fortune noted that CEFC had nearly $44 billion in revenue.

Ye Jianming is the former chairman of China Energy Fund Committee. Ye is rumored to have ties to China’s People’s Liberation Army, and a 2018 Financial Times report links him to Chinese military intelligence.

“Ye’s company, CEFC China Energy, aligned itself so closely with the Chinese government that it was often hard to distinguish between the two,” CNN wrote in 2018.

Hunter Biden was reportedly a recipient of an email sent on May 13, 2017, with the subject line: “Expectations.” The email, which was was written by James Gilliar of the international consulting firm J2cR, details “remuneration packages” for six people in a business venture.

Hunter Biden was identified as “Chair / Vice Chair depending on agreement with CEFC (China Energy Co).” His pay was “850” and the email noted: “Hunter has some office expectations he will elaborate.”

“In addition, the email outlined a ‘provisional agreement’ under which 80 percent of the ‘equity,’ or shares in the new company, would be split equally among four people whose initials correspond to the sender and three recipients, with ‘H’ apparently referring to Biden,” the Post reported.

Gilliar wrote, “I am happy to raise any detail with Zang if there is [sic] shortfalls ?”

“Zang” is an apparent reference to Zang Jian Jun, the former executive director of CEFC China, according to the Post.

Alleged emails from Hunter on Aug. 2, 2017, show him discussing a three-year consulting contract worth $10 million annually “for introductions alone.”

“The chairman changed that deal after we me[t] in MIAMI TO A MUCH MORE LASTING AND LUCRATIVE ARRANGEMENT to create a holding company 50% percent [sic] owned by ME and 50% owned by him,” Biden wrote, according to the email. “Consulting fees is one piece of our income stream but the reason this proposal by the chairman was so much more interesting to me and my family is that we would also be partners inn [sic] the equity and profits of the JV’s [joint venture’s] investments.”

Biden’s alleged email was sent to Gongwen Dong, whom the Wall Street Journal wrote about in October 2018, in regard to the purchase of two luxury Manhattan apartments that “show no financing on either deal.”

“Companies linked to Ye Jianming, a Chinese oil entrepreneur with ties to China’s military, spent roughly $83 million on New York City’s priciest properties,” the Journal reported. “Both of the transactions were executed in the names of limited liability companies that are registered at a Long Island home of Asian financier Gongwen Dong. Mr. Ye’s name doesn’t appear on the business registration document, but the people familiar with the transactions describe him as controlling the companies. Mr. Dong couldn’t be reached for comment.”

Ye reportedly planned to buy $80 million more in New York City real estate, but the former chairman mysteriously disappeared in early 2018, when he was reportedly taken into custody by Chinese authorities.

CEFC China Energy Co. and three of its subsidiaries went bankrupt in April 2020.

In September 2017, Ho reportedly agreed to pay Biden a $1 million retainer for “Counsel to matters related to US law and advice pertaining to the hiring and legal analysis of any US Law Firm or Lawyer.”

In March 2019, the Department of Justice announced that Ho was sentenced to serve 36 months in prison for “his role in a multi-year, multimillion-dollar scheme to bribe top officials of Chad and Uganda in exchange for business advantages for CEFC China Energy Company Limited (‘CEFC China’).”

In December 2019, Ho was convicted of violations of the Foreign Corrupt Practices Act, money-laundering, and conspiracy to commit the same. Ho reportedly bribed high-ranking government officials in Africa for oil rights in Chad and lucrative business deals in Uganda.

“Patrick Ho bribed officials at the highest levels of government in Chad and Uganda in pursuit of lucrative oil deals and other business opportunities, all while using a U.S.-based NGO to conceal his criminal scheme,” Assistant Attorney General Benczkowski said. “This kind of corruption undermines world markets and tilts the playing field against law-abiding companies and individuals. The Department will continue to investigate and prosecute individuals and corporations that engage in foreign bribery.”

“Patrick Ho schemed to bribe the leaders of Chad and Uganda in order to secure unfair business advantages for the Chinese energy company he served,” said Manhattan U.S. Attorney Berman. “His actions were brazen, including offering the president of Chad $2 million in cash, hidden in gift boxes. Foreign corruption undermines the fairness of international markets, erodes the public’s faith in its leaders, and is deeply unfair to the people and businesses that play by the rules. Today’s sentence recognizes the severe harm caused by Ho’s actions.”

Ho served a three-year prison sentence and was deported to Hong Kong in June.

Also from the laptop, there is allegedly a photo that is dated Aug. 1, 2017. The image shows a handwritten flowchart of the ownership of a business named “Hudson West.” The image shows a 50/50 split between two entities controlled by Hunter Biden and someone identified as “Chairman.”

“On the same day that the impending Rosneft deal was announced, Hunter Biden and Gongwen Dong, a Chinese national who has reportedly executed transactions for limited liability companies controlled by Ye Jianming, applied to a bank and opened a line of credit under the business name Hudson West III LLC (Hudson West III),” the report stated.

“Hunter Biden, James Biden, and James Biden’s wife, Sara Biden, were all authorized users of credit cards associated with the account,” the report continued. “The Bidens subsequently used the credit cards they opened to purchase $101,291.46 worth of extravagant items, including airline tickets and multiple items at Apple Inc. stores, pharmacies, hotels and restaurants. The cards were collateralized by transferring $99,000 from a Hudson West III account to a separate account, where the funds were held until the cards were closed. The transaction was identified for potential financial criminal activity.”

The report states that Hudson West III changed ownership at some point and was “divided between Hunter Biden’s law firm Owasco PC (50%) and Coldharbour Capital LLC (50%).”

“Although ownership in Coldharbour Capital is equally divided between two individuals, Mervyn Yan and Tian Zhang, it has a business address identified as the address of Gongwen Dong.”

Hudson West has since been dissolved.

The emails and documents were reportedly found on a MacBook Pro laptop that was dropped off at a computer repair shop in Delaware in April 2019 and never picked up. The contents of the laptop were released by the New York Post and Rudy ­Giuliani.

Emails released on Wednesday allege that Joe Biden met with a top executive at Burisma, the Ukrainian natural gas company, when he was vice president and during his son Hunter Biden’s tenure on the company’s board.

George Mesires, Hunter Biden’s lawyer, previously told the Post, “There is no need for comment on any so-called information provided by Rudy Giuliani.”