The Dropkick Murphys are a Boston institution and have played live shows every St. Patrick’s Day for the past 24 years, though, for obvious reasons, this year’s set was canceled. Luckily, the band was having none of that mess and decided to stream its set live and free over the internet so that St. Patrick’s Day revelers could rock out in solitude. 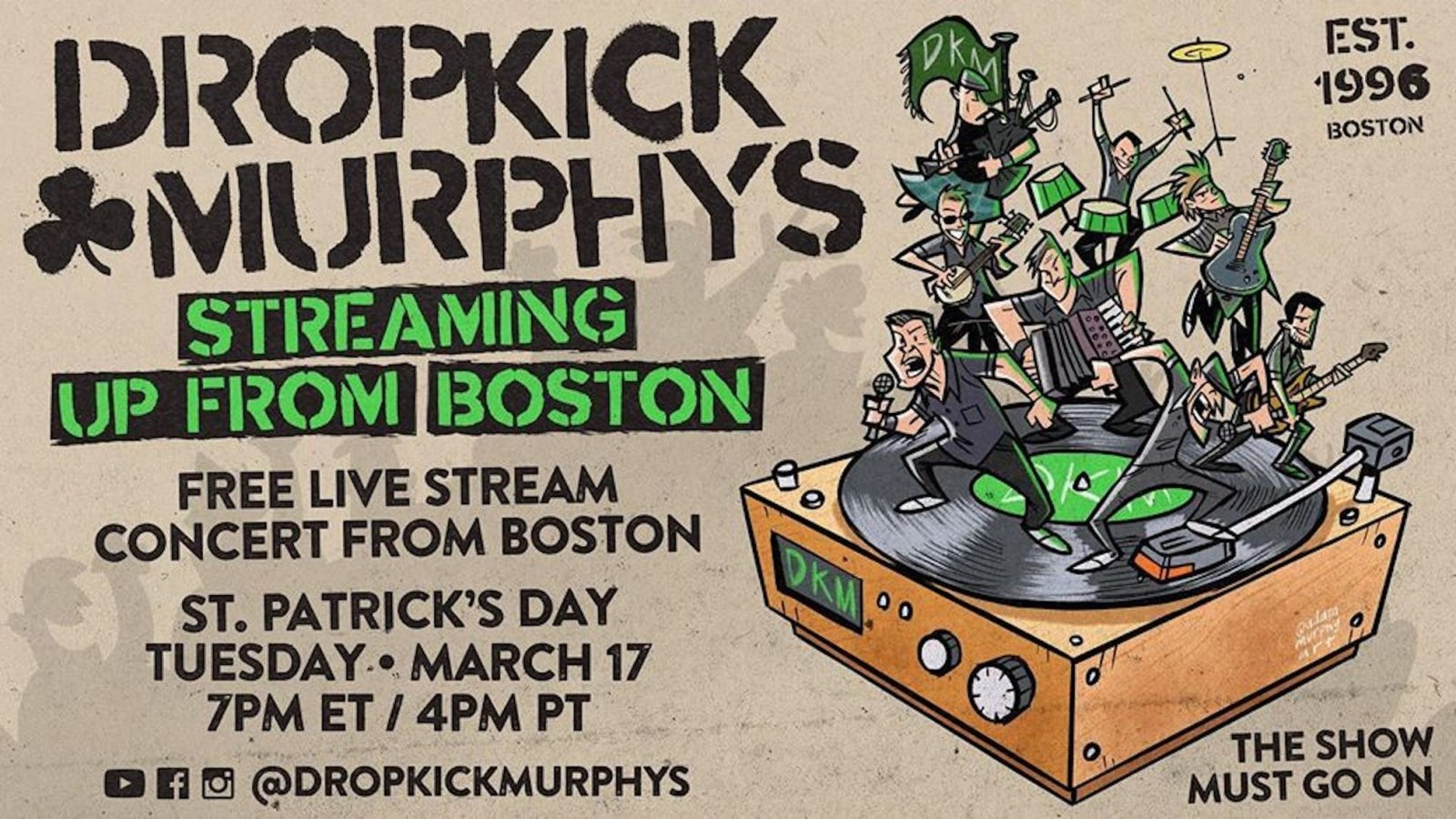 I’ve followed the band since the late ’90s and have seen them play live about half a dozen times — but Tuesday’s show was unique, if not slightly unsettling. Broadcast across a variety of social media sites (including Twitter and Facebook), DKM walked onstage at the 23,500-seat United Center in Boston at 7 PM ET. By that time, more than 80,000 concurrent viewers had tuned into the YouTube livestream. Normally at a show, you have a couple of opening acts to energize the crowd and by the time the headliners perform, the audience is buzzing with palpable anticipation.

This show felt more like I was watching a dress rehearsal. There was no ambient crowd noise, save for the rapidly scrolling comment stream, nor was there a mosh pit, save for a single lonely cameraman running in circles during “Blood.” Even during rest breaks when Ken Casey tried to do crowd work, he was either speaking directly to the camera or chatting up the half dozen support staff in the room. It was surreal, especially when the band announced that its bagpipist would not be performing due to travel restrictions. 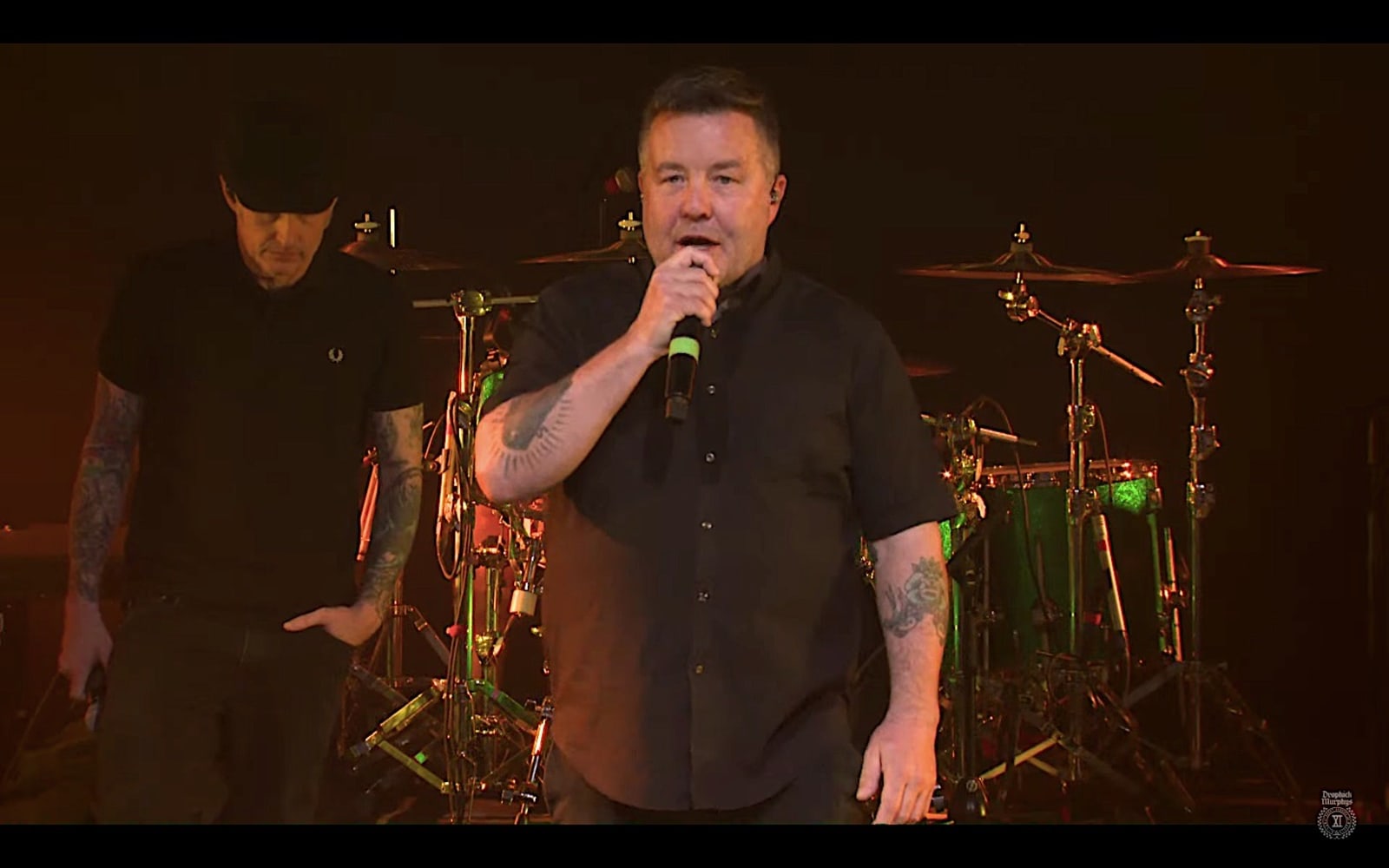 Compared to other shows I’ve seen, Tuesday’s was both more convenient and cost-effective — given that I just had to tune in, BMOB and didn’t even need to put on pants! But it still felt oddly hollow. If I wasn’t aware that the set was being performed live, the experience wouldn’t have been all that different from a normal weekend evening tipsily trawling through YouTube in search of classic concert footage and stand-up comic sets. On the other hand, I wasn’t crammed into a packed auditorium with 23,000 sweaty people in the midst of a pandemic, so that’s a plus.

In all, the Murphys played a full two-hour set including a trio of new songs. They opened the show with “Irish Rover,” and by the time they broke out “Time to Go,” nearly 160,000 people were watching along. Not going to lie, when they closed out with “You’ll Never Walk Alone” in solidarity with Italy’s coronavirus first responders, there wasn’t a dry eye in the Tarantola household.

Streaming the set for free after having to cancel the in-person show is a classy move and one fans of the working-class punks have come to expect. But is it a viable business model? After all, the coronavirus isn’t just going to up and disappear overnight. People could be sheltering in place for months. The pandemic is already forcing comedy clubs and music venues to shutter — in some cases, permanently — with little relief in sight. 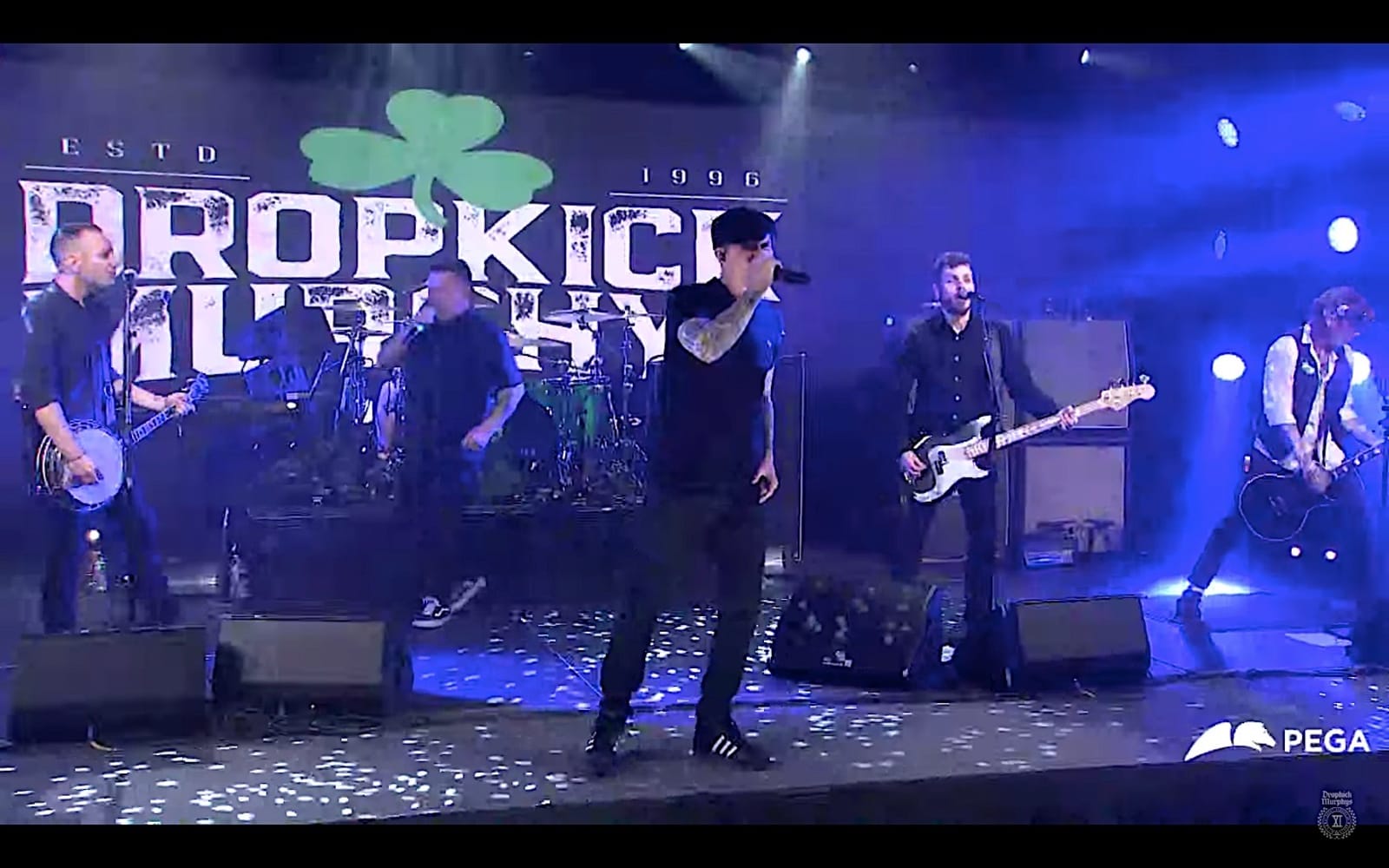 Earlier this week, Daily Show Reporter and headliner Roy Wood Jr penned an ominous op-ed for Vulture cautioning stand-up comics to “prepare for the worst.” He points out that club dates cancelled because of the outbreak or postponed until the fall will cause a backlog of talent when (or if) the venues resume business. Combined with a looming writers’ strike and the clubs’ need to feature big-name acts to get back into the financial black, many newer comedians could see their slots reappropriated well into the foreseeable future. And if they’re not performing, they’re not getting paid.

But performers and entertainers are nothing if not resilient. A number of acts have already begun to adopt streaming technology as a means of supplementing their live acts and income. Comedian Steve Byrne, for example, has taken to livestreaming his sets so that folks stuck at home can watch along. The Caveat in NYC is taking a similar tack. The comedy club has been ordered closed by the city but is still livestreaming shows on its YouTube page.

Hey join me and @roywoodjr in 4 minutes (2pm EST). We’re working on new jokes together LIVE and raising money for 2 comedy club staffs in the process. Bloomington Comedy Attic and Birmingham Stardoms. Join us! Should be fun! And who knows what else?!https://t.co/YsuAURJsZs pic.twitter.com/2yqLCxokjV

Musical acts are also getting in on the action. Diplo is livestreaming sets every evening from his bedroom in response to the pandemic while DJ Frontliner held a live concert on his YouTube page last week. On Instagram, the Yo Me Quedo En Casa Festival recently featured dozens of acts performing via Instagram over the course of three days. And they’re hardly alone. Garth Brooks has announced he’ll stream performances “Live From Studio G” (aka his house) every Monday beginning March 23rd, Erykah Badu will host “Apocalypse One: live interactive experiment from badubotron” on Instagram this upcoming weekend, and the Indigo Girls spent Thursday afternoon serenading people via Facebook Live. 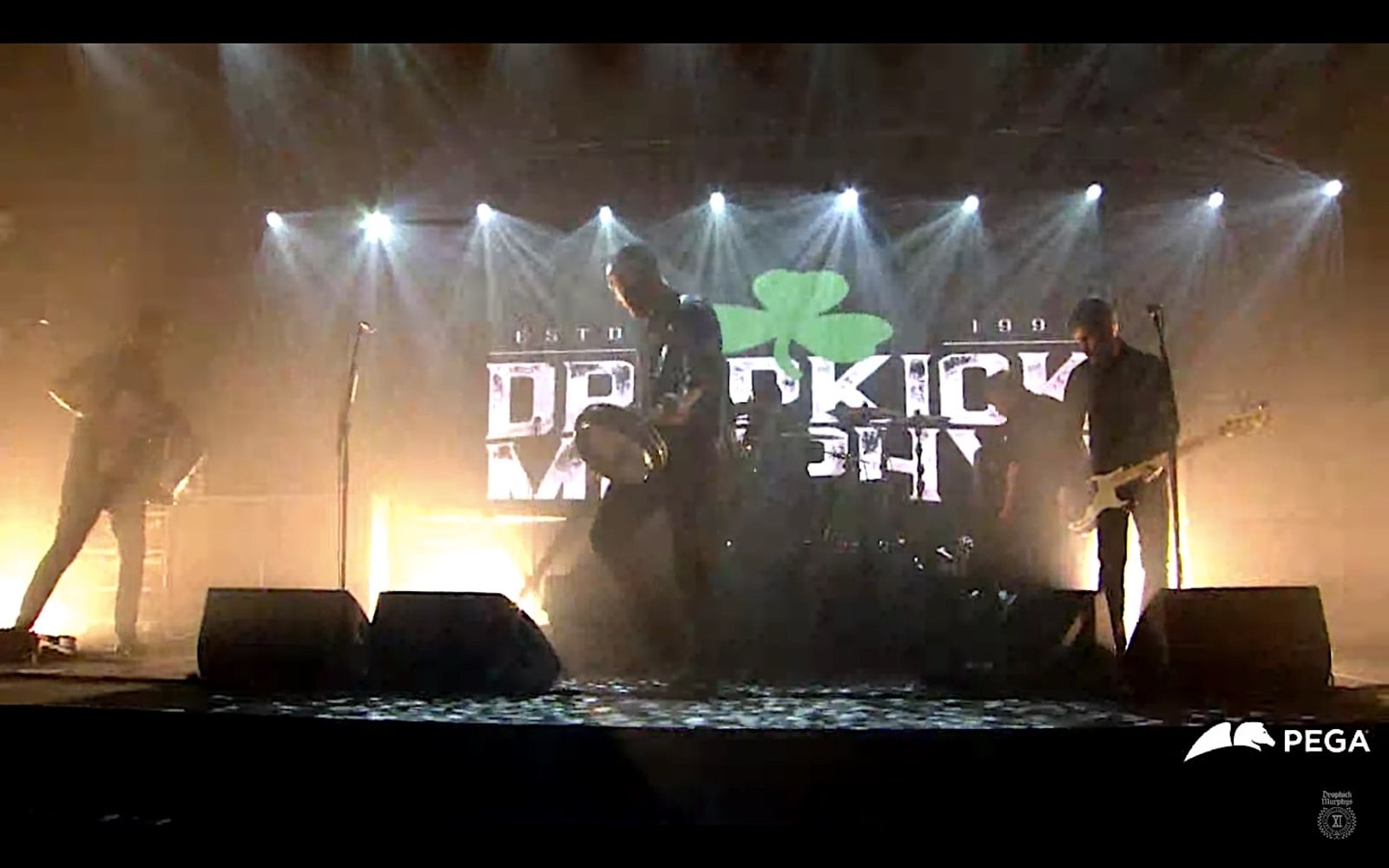 The question is how to effectively monetize their content in this new reality. As you can see above, Birbiglia has started hosting other comedians on his Instagram Live feed and asking viewers to donate to TipYourWaitStaff.com. But as inspiring and life-affirming these actions are, they can only release music and comedy for free as a salve against this era’s fear and uncertainty for so long. Like the rest of us, entertainers need to be paid for their work. Because if we don’t, when society eventually does emerge from this pandemic, what sort of drab world will we be returning to?