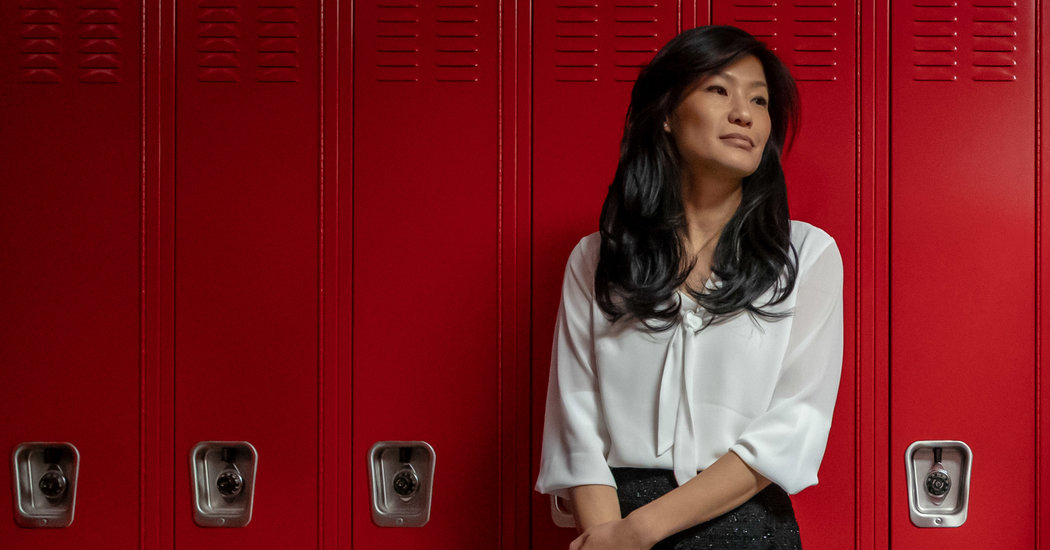 Evelyn Yang, the wife of the Democratic presidential candidate Andrew Yang, said in an interview broadcast on Thursday that she was sexually assaulted by her gynecologist in 2012, when she was pregnant with her first child.

In an interview with CNN, Ms. Yang said she blamed herself for the abuse and didn’t tell her husband. She said she was speaking out now after reading letters from voters, including one from a woman who wrote that Mr. Yang’s message of empowerment for female entrepreneurs inspired her to press sexual assault charges against an investor in her company.

Ms. Yang, 38, said she was also emboldened by the positive response she and her husband had received when talking to voters about their son Christopher, who has autism.

“Something about being on the trail and meeting people and seeing the difference that we’ve been making already has moved me to share my own story about it, about sexual assault,” Ms. Yang told CNN.

She added that “everyone has their own MeToo story,” but “not everyone has the audience or platform to tell their story, and I actually feel like I’m in this very privileged position to be able to do that.”

Ms. Yang said she was assaulted by Robert Hadden, a gynecologist in Manhattan who has since been accused of sexual abuse by multiple patients. She said Mr. Hadden assaulted her in his exam room when she was seven months pregnant.

“I was dressed and ready to go,” she told CNN. “Then, at the last minute, he kind of made up an excuse. He said something about, ‘I think you might need a C-section,’ and he proceeded to grab me over to him and undress me and examine me internally, ungloved.”

Ms. Yang said she was “frozen” during the assault. But she said she later worked with the Manhattan district attorney’s office to build a case against Mr. Hadden and testified before the grand jury that indicted him in 2014 on charges involving six women, including five counts of a criminal sexual act.

In 2016, the office of the district attorney, Cyrus R. Vance Jr., agreed to a plea deal that allowed Mr. Hadden to avoid jail time. Under the agreement, Mr. Hadden gave up his medical license and pleaded guilty to a single felony count of criminal sexual act in the third degree, and one misdemeanor count of forcible touching.

Mr. Vance’s office also went against the recommendation of a state panel and sought the lowest sex offender status for the doctor, which a judge granted.

Ms. Yang said an assistant district attorney in the office “sounded apologetic” about the deal. Ms. Yang said she was frustrated that she was not allowed to speak directly to the judge when Mr. Hadden was sentenced.

“I was just flat-out denied,” she told CNN. “It was very strategic so that the judge wouldn’t be influenced if there were dozens of women in court saying that this man had assaulted them to this degree, maybe the judge would have said, ‘Why is he not getting any jail time? Why aren’t you pursuing jail time?’”

In a statement on Thursday, Mr. Vance said: “Dr. Hadden was a serial sexual predator who used access and power to take advantage of women in their most vulnerable states. We support all of his survivors, and applaud their strength and courage.”

Mr. Vance added that because a conviction is never guaranteed in a criminal trial, his office’s primary concern was holding Mr. Hadden accountable and “making sure he could never do this again — which is why we insisted on a felony conviction and permanent surrender of his medical license.”

“While we stand by our legal analysis and resulting disposition of this difficult case, we regret that this resolution has caused survivors pain,” Mr. Vance said.

A call to a phone number listed for Mr. Hadden went unanswered on Thursday night. Isabelle A. Kirshner, who represented Mr. Hadden in the criminal case, declined to comment.

Mr. Yang’s campaign said Ms. Yang would not comment beyond the CNN interview. She is one of more than two dozen women who are suing Mr. Hadden, Columbia University and its affiliated hospitals, arguing that they failed to properly supervise Mr. Hadden.

A lawyer for the hospitals has argued in court documents that the statute of limitations had passed by the time the lawsuit was filed in March 2017.

Mr. Yang, a former tech executive, said in a statement on Thursday that he supported his wife in speaking out about the assault.

“I’m extraordinarily proud of Evelyn for telling her story, and my heart breaks every time I think of what she had to experience,” he said, adding, “I hope that Evelyn’s story gives strength to those who have suffered and sends a clear message that our institutions must do more to protect and respond to women.”