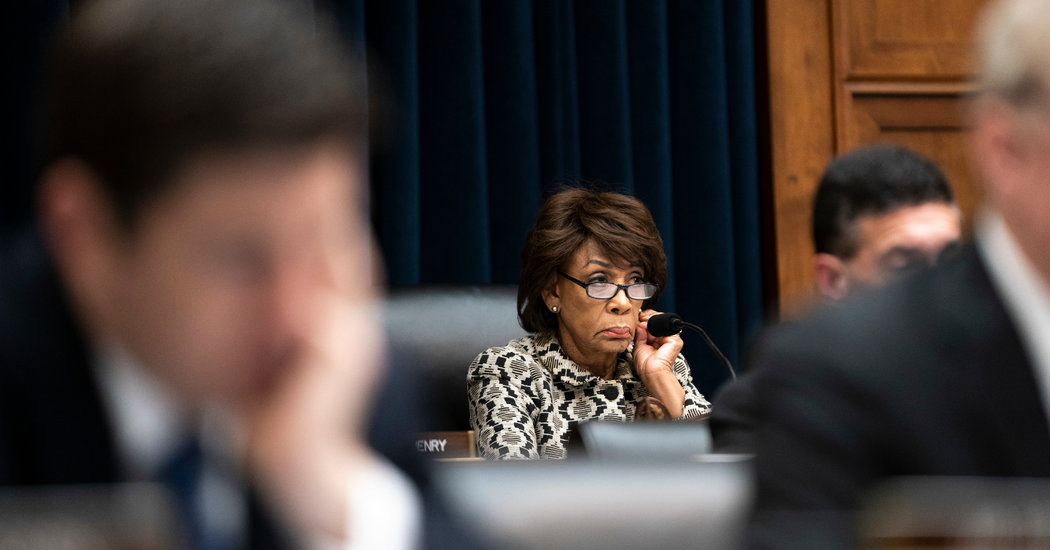 WASHINGTON — Federal policymakers have rushed to backstop nearly every corner of the financial system as the coronavirus exacts a bruising toll on the U.S. economy. But there is growing concern that a critical corner of the housing industry has been overlooked, putting mortgage companies in a precarious position as millions of borrowers delay payments.

The strain is expected to intensify in the coming weeks, as businesses shed millions of workers who will have little choice but to seek a hardship payment waiver or forbearance from their lenders. That could put a large swath of the mortgage industry in jeopardy, with firms that are not banks but make loans and collect payments facing a severe cash crunch and potential insolvency.

Lawmakers in both parties have begun warning about a looming crisis and are urging the Federal Reserve chair, Jerome H. Powell, and Treasury Secretary Steven Mnuchin to take swift action. This month, a bipartisan group of senators warned Mr. Mnuchin that $100 billion of mortgage payments could be delayed this year and that standalone mortgage servicers, whose annual net profits they estimated amounted to less than $10 billion combined, could become insolvent. House Democrats have echoed those concerns.

“Mortgage servicers are expected to face increased strain as millions of homeowners and renters lose jobs, are furloughed, or see reduced hours, all of which will keep them from making mortgage and rent payments, as a result of this public health crisis,” Representative Maxine Waters, the Democratic chairwoman of the House Financial Services Committee, and Senator Sherrod Brown, the top Democrat on the Senate Banking Committee, wrote in a letter this week.

Yet there is little agreement among policymakers about what, if anything, the government should do to help these firms. Mr. Mnuchin, along with Mark Calabria, the head of the Federal Housing Finance Agency, have played down the risks to this industry. The Fed has been clear that it is watching, but has yet to signal that it is ready to step in.

As a result, a game of chicken has ensued between federal regulators and dozens of mortgage firms that are not affiliated with any bank but play a big role in keeping the $11 trillion residential mortgage market humming.

These firms, which both originate mortgages and collect loan payments, have grown after the 2008 housing crisis, as big banks backed away from what was perceived as a risky and expensive business. Today, nonbank mortgage firms, such as Quicken Loans, Freedom Mortgage and Mr. Cooper (formerly Nationstar), account for nearly 60 percent of all mortgages issued in the United States and service over half of the nation’s outstanding mortgages.

It is a cash-intensive business: The servicers collect payments from mortgage borrowers and then funnel it back to the investors who own the bonds backed by those loans. When borrowers are given forbearance and allowed to stop making mortgage payments, the servicer has less cash coming in the door. Yet it is still obligated to make payouts to investors, along with paying property taxes and insurance bills on behalf of property owners. And unlike banks, these firms are not required to have large financial cushions that would allow them to withstand losses.

Nearly three million homeowners have already sought forbearance, according to the real estate data firm Black Knight, meaning that 5.5 percent of all mortgage holders asked to delay their monthly payments. The industry expects those numbers to jump in the coming months, especially if unemployment continues to soar as many economists expect.

The result could be a cash crisis in May, as many of those principal and interest payments to bond investors come due.

“I do think there are going to be financial problems coming because mortgage servicers are going to have trouble, big time,” said Barry Eichengreen, a University of California, Berkeley, economist who is a scholar of the Great Depression.

Policymakers have taken significant steps to insulate the financial system and individuals against economic pain, including placing restrictions on foreclosures. A law passed last month allows borrowers with federally backed mortgages — covering the overwhelming majority of home loans — to seek forbearance without penalty for up to a year if they are experiencing financial hardship from the virus.

But so far the government has not devised a plan to ensure the financial stability of mortgage servicers. The companies and their lobbyists want a federal lifeline.

“They mandated forbearance,” said Michael Bright, chief executive of the Structured Finance Association, a trade group that supports investors in securitized mortgages and other loans. “It would be like telling restaurants they had to prepare food for the unemployed but not paying the restaurants to do so.”

The Mortgage Bankers Association has been lobbying for a lending facility.

“What we really want is a statement from the Fed and Treasury that they will create such a facility and it will take time to work out operational details but it will be in place when it’s needed,” said Robert D. Broeksmit, president of the Mortgage Bankers Association.

The risk for servicers has been well-known among regulators, who have routinely cited their shaky business models yet done little to address the vulnerabilities.

As recently as December, the Financial Stability Oversight Council, headed by Mr. Mnuchin, warned in its annual report that nonbank mortgage companies “could transmit risk to the financial system should they experience financial stress.”

“The largest nonbank servicers have limited liquidity, often just enough cash and securities held for sale to cover a few months of operating and interest expenses.”

Some housing regulators began expressing concern in 2016 that nonbank mortgage firms operated with less regulatory oversight than banks and might not be financially equipped to withstand an economic crisis. One regulator, the Government National Mortgage Association, or Ginnie Mae, took some steps last year to require nonbank mortgage firms to increase their capital levels and undergo stress tests.

Ginnie Mae is an important regulator in the housing market, as it guarantees payments to bond investors on mortgages written by many nonbank firms. Recently, Ginnie Mae took its own steps to quiet concern in the mortgage market by saying it would set up a financing vehicle to provide cash advances to mortgage-servicing firms.

But the industry is looking for even broader relief and pressure has been mounting on Mr. Mnuchin and Mr. Calabria, whose agency oversees Fannie Mae and Freddie Mac, two giant government-controlled mortgage finance firms.

Mr. Calabria said he was not ready to embrace the “apocalyptic” predictions of mortgage servicers and industry lobbyists.

He said he had seen some “insane numbers” predicting that mortgage servicers would need tens of billions of dollars in financial help and said he was skeptical that so many homeowners would seek mortgage relief. Many people are still working from home, he said, and he anticipates some parts of the economy will start to reopen this summer.

“Our expectation is the overwhelming majority of people who take forbearance will be for two or three months and not 12 months,” he said.

Mr. Calabria set off widespread concern in the mortgage industry two weeks ago, when he said he did not see the need for Fannie and Freddie to provide additional financial support to mortgage servicing firms, and in particular nonbank servicers.

He said his job is to make sure Fannie and Freddie — which were placed into a government conservatorship at the start of the last financial crisis — have enough money to avoid financial trouble this time around. Mr. Calabria also said he did not believe the collapse of any one mortgage servicer would pose a systemic risk to the financial system.

Mr. Mnuchin, who recently set up a task force on nonbank mortgage liquidity, has tried to allay fears that the United States will leave servicers to fend for themselves.

“We’re going to make sure that the market functions properly,” he said at a White House briefing last week.

Fed officials, who have taken other steps to ease strain in the mortgage market, have indicated a willingness to consider a mortgage servicer facility. But the institution may be unwilling to put one in place when housing authorities do not want it.

“We’re watching carefully the situation with mortgage servicers,” Mr. Powell said at the Brookings Institution on April 9. Mortgages are a “key market” that supports households and consumer spending, he said.

If the Fed does do more, it would most likely stem from the $454 billion that Congress gave the Fed and Treasury to stand up emergency lending programs. The Fed has earmarked about 40 percent of those funds for lending and bond-buying that will benefit companies and state and local governments, but has been clear that more could come.

But a bailout for the mortgage industry would most likely fuel calls for more regulation.

“Policymakers were well aware heading into this crisis that these firms were vulnerable to shocks, but didn’t do anything to improve their resiliency,” said Gregg Gelzinis, a senior policy analyst at the left-leaning Center for American Progress. “We should only bail them out if we simultaneously institute a more stringent regulatory framework for them going forward.”