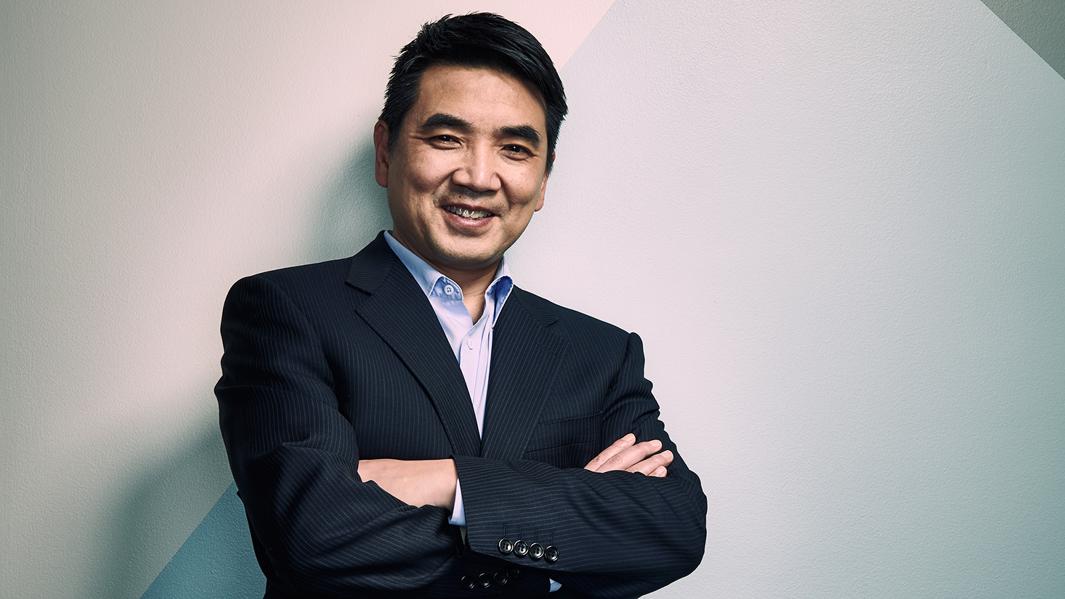 On Thursday, on the heels of Zoom’s biggest day ever for downloads the day before, CEO Eric Yuan was taking the time to remotely sign up schools to free accounts of his video conferencing software. First was a prestigious school in Silicon Valley, then two schools in the Austin, Texas area.

“They told me they’d connect with my team, and I said, ‘no, I’ll do that for you,’” said Yuan, reached by Zoom at the San Jose, Calif.-area home that is now his office for the foreseeable future. “I did it manually myself.”

As the COVID-19 virus sweeps across the planet, leading to quarantined cities and shut-down schools, Zoom has emerged as one of the leading tools to keep businesses up and running and students learning. On Wednesday, the most recent day for which data is available, 343,000 people globally downloaded the Zoom app, and 60,000 in the U.S. alone, according to mobile intelligence firm Apptopia — compared to 90,000 people worldwide and 27,000 in the U.S. just two months ago. (Zoom doesn’t share such numbers and wouldn’t comment on a third party report.) And overnight, having already removed the time limit from video chats using Zoom’s free service for affected regions in China and elsewhere, Yuan took another measure to help mitigate the impact of the coronavirus: he decided to remove the limit for any K-12 schools affected in Japan, Italy and the United States.

Students or teachers that fill out an online form using their school email addresses and are then verified by Zoom will have any accounts associated with that school’s domain also gain unlimited temporary meeting minutes, according to a site set up for the process overnight. The free Basic accounts are also available by request in Austria, Denmark, France, Ireland, Poland, Romania and South Korea, a spokesperson for Zoom said. “Given that many K-12 schools are starting closing, we decided to offer Zoom access to all K-12 schools in the country starting tomorrow,” Yuan wrote in an email overnight. 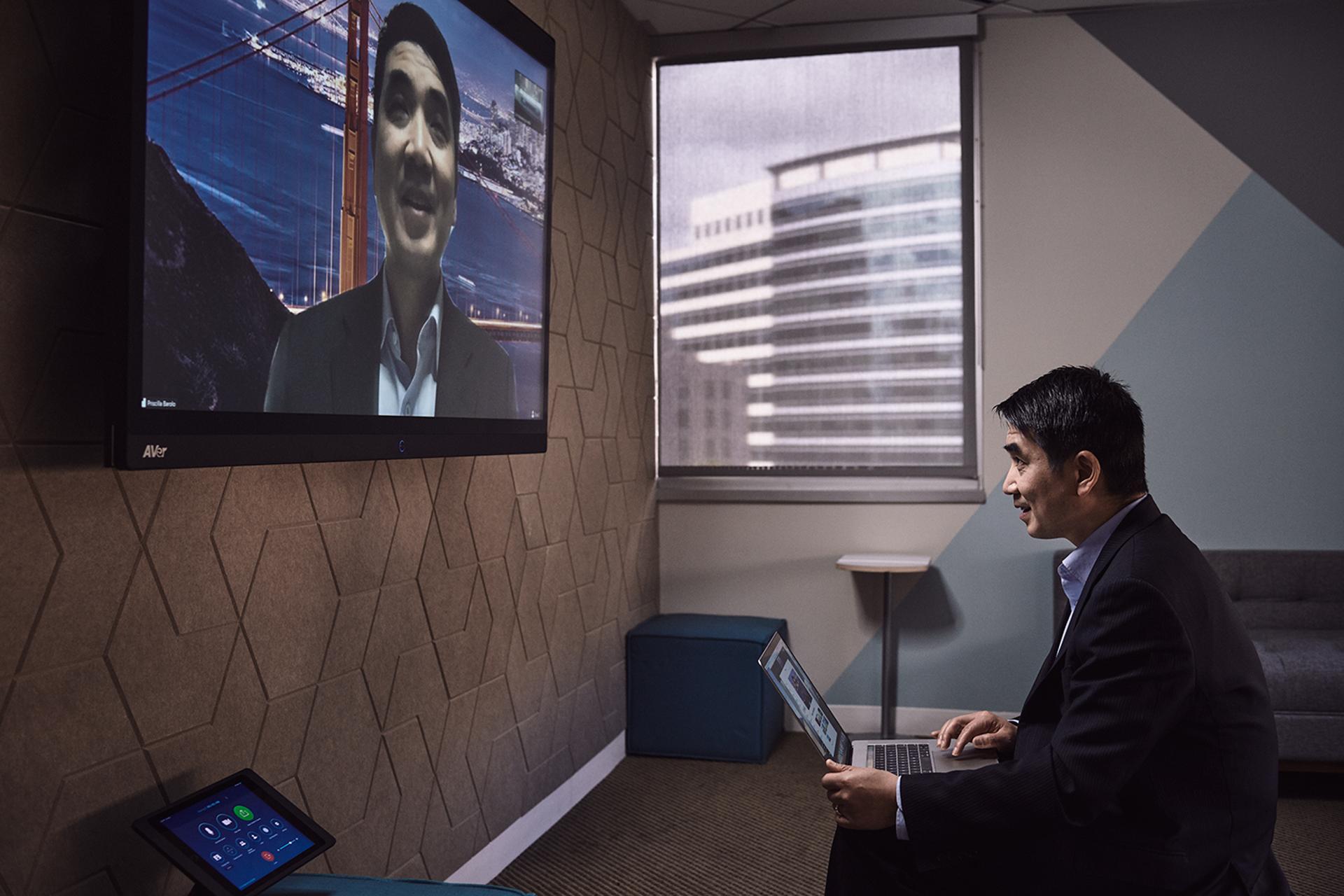 Zoom CEO Eric Yuan, seen here in his San Jose office, now works from home like his 2,700-plus employees. “I think after this crisis is over, people will realize that to work at home probably is not bad.”

The generosity is nothing new for Yuan, who was known to hook up non-profits and other institutions in need with prized free access to Zoom’s online video communications since he co-founded the business in 2011. But now his leadership is taking on global importance as Zoom has become one of the most in-demand software tools for the work-from-home economy.

Zoom is far from the only tool standing to benefit from this trend. Analysts point to others like file-sharing service Dropbox, e-signatures business DocuSign or emergency communications business Everbridge as obvious fellow cloud companies that will likely see a boost in usage as the world moves even more online. But few are as richly-valued as Zoom, whose shares are up 77% since it went public in April 2019, making Yuan a billionaire. Last Wednesday, the company reported an earnings beat and year-to-year revenue growth of 78%, GAAP operating margins of 5.6% and non-GAAP earnings per share nearly double analyst consensus — and still saw shares dip, though they remained up 24% for the past month as of Thursday’s market close, versus a 27% drop for the S&P 500.

Zoom isn’t just a focus for Wall Street, either. On Twitter, it’s become a viral theme. “Just got an email from a prof: ‘As a reminder, you are required to wear clothes during Zoom meetings.” Rules are made when they become necessary, not before,” one Twitter user quipped to more than 84,000 likes. “I’m seeing a lot of funny tweets now, so this is something new,” says Yuan, who retweeted that one, but not the viral tweet from Box CEO Aaron Levie, or the viral joke about presidential debates happening over Zoom.

With the increased demand has come another question: can Zoom possibly keep up? “Is your platform prepared for practically every college class in America to be using it? Simultaneously? Asking for a whole lot of friends,” tweeted academic Dr. Adrienne Keene.

Yuan, the entrepreneur who knows that answer best, is unperturbed. He’s already working on new features for Zoom focused on a work-from-home lifestyle, from better face lighting to a lecture tool for professors, while he continues to roll out Zoom free to affected schools. Above all, he argues it’s actually a pretty great time to work at Zoom. “I feel like overnight, this is one of the catalysts where in every country, everybody’s realized they needed to have a tool like Zoom to connect their people,” Yuan says. “I think from that perspective, we feel very proud. We’ve seen that what we are doing here, we can contribute a bit to the world.”

Zoom’s CEO instructed staff not to ramp up sales or marketing due to the coronavirus crisis. “If you leverage this opportunity for money, I think that’s a horrible culture.”

Since Zoom went to a work-from-home policy nine days ago, Yuan has been learning how it holds up as a full-time remote tool first-hand. So far, he’s pretty happy – if a bit worn down by the volume. “On the one hand, we like working from home; we’re using our own services,” says Yuan. “On the other hand, somehow, I do not know why – maybe because of the recent demand, maybe the working at home – we just have more meetings working at home than in the office.”

Yuan says Zoom first started to brace itself for huge changes when the COVID-19 virus disrupted business in China starting in January. At that time, customers like Walmart and Dell started to reach out with concerns, Yuan says, wondering if their local employees would be able to move full-time to communications through Zoom. In the run-up to going public, Zoom had trained staff on responses to natural disasters, though the company didn’t anticipate such a disaster would come through a pandemic. Zoom’s servers – distributed across 17 data centers globally, which Zoom operates itself – have so far been able to handle the increased volume of video conferences and calls.

In those data centers, Zoom operates a cloud architecture using auto scaling, a method that monitors usage of applications and makes it easier to add more computing power when demand increases, then ratchet it back down to save costs when demand drops. Zoom’s data centers were set up to handle surges of traffic of 10x the normal, or 100x, says Yuan. “The beautiful part of the cloud is, you know, it’s unlimited capacity in theory,” he says. And by employing engineering teams across the globe, including in China and Malaysia, Zoom has technical talent able to remotely monitor its systems around the clock. Yuan says any mental images of Zoom technical staff forgoing sleep to keep your weekly team meeting running are unbacked by reality. “Working the whole night is not scalable,” he says.

Zoom’s creator is betting that staff working from home will want to see each other. “I can feel very lonely now,” he says.

Zoom is already working on new features from user feedback from the work-at-home surge. One would be a tool, inspired in part by consumer apps like Instagram and Snapchat, that would provide a filter that frames a user’s face in better lighting, or with blemishes tuned out. “We want to have a touch up to your appearance just from one feature,” says Yuan.

Another feature that has moved up on the product pipeline came from feedback from a professor using Zoom to host lectures for his class. The new lecture-focused feature would make it so that every student’s video was on from the same angle, allowing the teacher to see how students are reacting – and who is paying attention – like they were physically in class.

Yuan doesn’t agree with the skepticism of reporters like The Intercept’s Sam Biddle, who recently warned that Zoom’s software offers “attention tracking” that marks attendees who haven’t had Zoom open or top of their screen for more than 30 seconds. Is a future of Zoom calls from home more invasive than office life? To Zoom’s creator, there’s a key distinction between an online meeting you take on the fly – perhaps grabbing a coffee, or in transit – versus a work-from-home environment. There, he’s betting staff will want to see each other. “I can feel very lonely now,” he says.

How much Zoom stands to profit from calamity is another sensitive subject. Originally from China’s Shandong Province in eastern China, Yuan doesn’t have family left in China who are affected by the virus, but he says he’s concerned just like any parent still dropping their kids off at school. Yuan says the decision to make free Zoom use unlimited in affected regions – first China, and now Italy and in K-12 schools – was unanimous among his direct reports. “I told the team that with any crisis like this, let’s not leverage the opportunity for marketing or sales. Let’s focus on our customers,” he says. “If you leverage this opportunity for money, I think that’s a horrible culture.”

Culture is important to Yuan, who built Zoom after running engineering for Cisco’s competitive product, Webex. (For more on Zoom’s rise, see Forbes’ feature story from last year: Zoom, Zoom, Zoom!) That’s left analysts optimistic, but uncertain, how much Zoom’s business will benefit from its current surge, as much of the new use is believed to be among free users who may or may not convert to paying customers over time.  “Zoom is being a good corporate citizen,” says Sterling Auty, an analyst at JPMorgan Equity Research. “They are not looking to take unfair advantage. They are looking to help and we think that good will carries a long way.”

At Zoom, Yuan does allow himself to be excited about one vanity metric: his app store rank, which he says tells him that people are finding his product useful. Mid-conversation on Thursday, he holds up his iPhone to the camera. Then (and again on Friday), Zoom ranked No. 3 among all free apps in Apple’s App Store, behind only TikTok and Google. “This is the first time you have a business app there,” Yuan says. “People are getting it.”