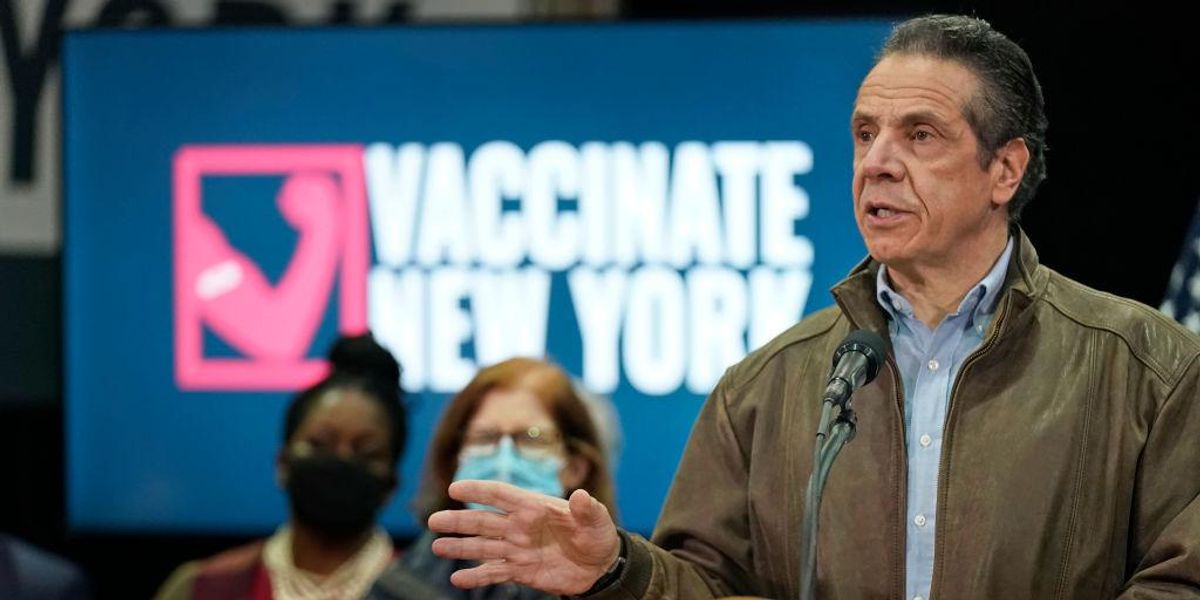 An explosive report released by the New York Times on Thursday night alleges that top aides to embattled New York Governor Andrew Cuomo (D) rewrote a report that was prepared by New York Department of Health Officials in June of 2020 to omit many of the nursing home deaths that had occurred in the state.

The report, which was based on interviews with unnamed officials in Cuomo’s administration, alleges that the numbers were changed out of a desire to protect Cuomo from political fallout relating to his decision to order nursing homes to readmit patients who had tested positive for COVID-19. The changes were made months before the federal investigation into nursing home deaths in New York began — a significant development because aides to Cuomo have claimed that the administration withheld nursing home death data from the legislature because of the pending federal investigation.

According to the report, the controversy in the report centered over whether to include “out of facility” deaths — deaths that occurred when nursing home residents were transferred back to acute care facilities before their death — in the count of nursing home residents who died due to COVID-19. Department of Health officials wanted to include those deaths in the report, consistent with the practice being followed in most states.

However, Cuomo’s aides, none of whom had any public health background or expertise, pushed back on the Department of Health in an exchange that the Times described as having gone “well beyond the usual process of the governor’s office suggesting edits to an agency report,” and led Department of Health officials to worry that the report that was going to be released was “no longer a true scientific report.” The Times reports that health officials “feared for their jobs if they did not go along.”

The Times report also notes that the controversial decision, which was allegedly carried out by top Cuomo aides Melissa DeRosa and Linda Lacewell, was finalized just days before Cuomo sought approval from a state ethics agency to earn money from book sales — ultimately, Cuomo was paid an advance of $783,000 by Harper Collins to write a book about how he handled the pandemic, due in large part to the fact that he had successfully convinced many people that his office had handled the pandemic well.

The report would ultimately declare that Cuomo’s policies with respect to nursing homes were broadly consistent with federal guidance, but “may have put residents at increased risk of harm in some facilities.”

In a response to a request for comment from the Times, Cuomo’s special counsel Beth Garvey said that “the out-of-facility data was omitted after D.O.H. could not confirm it had been adequately verified,” and that the additional death tolls would not have changed the conclusions of the report, if they had been included.

The report is sure to damage Cuomo’s already-fragile standing in the state, after he has been dogged with repeated scandals regarding both his administration’s truthfulness in the handling of nursing home death statistics, and numerous women who have accused the governor of inappropriate behavior and comments. The Cuomo administration’s handling of the nursing home scandal, in particular, is under investigation by both the New York State Attorney General’s office, as well as federal prosecutors.

As the scandal widens, even members of his own party have begun to suggest that he should resign, or that the emergency powers granted to him at the start of the pandemic should be removed.